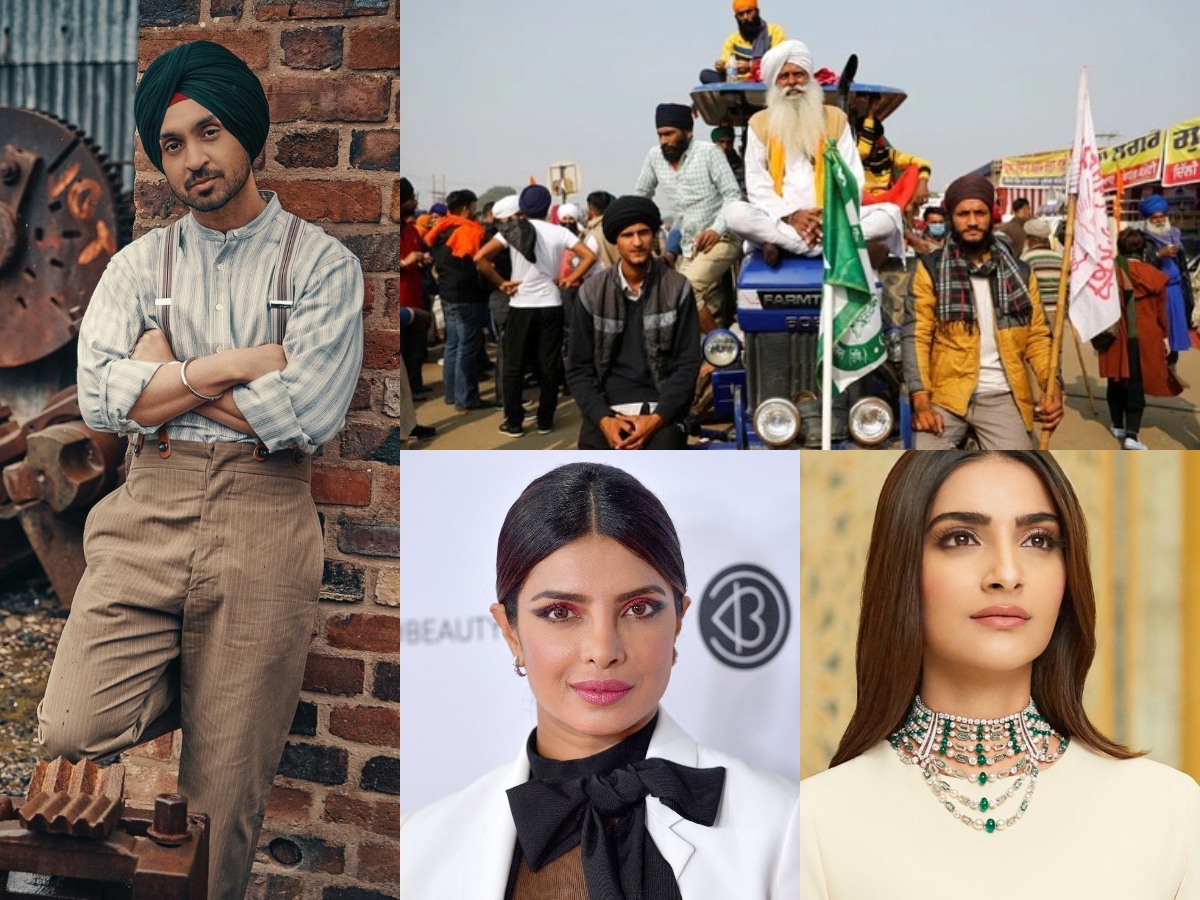 Mumbai: After the Punjabi sensation Gippy Grewal questioned the silence of Bollywood celebrities over the ongoing farmers’ protest, many noted stars have come out in support. Apart from popular Punjabi actor-singer Diljit Dosanjh, no other celebrity from the industry except a few had been vocal in support of the farmers’ protests.

Dosanjh not only stood in support and took part in the protests at Singhu border, he is also known to have donated Rs. 1 crore to buy winter wear for the protesting farmers.

While farmers all across the country have been protesting against three farm laws passed by the central government, popular names from the industry have now taken to social media to voice their support to the protest.

After popular Punjabi singer and actor Diljit Dosanjh, celebs including Sonam Kapoor, Priyanka Chopra, Ritiesh Deshmukh, director Hansal Mehta and singer Vishal Dadlani were the among those stars who came out to support farmers calling them as ‘India’s Food Soldiers’.

Actress Sonam Kapoor, who is currently in London, took to Instagram and shared a series of pictures of the protesting farmers and used Daniel Webster’s quote to caption it. She wrote, “When tillage begins, other arts follow. The farmers, therefore, are the founders of human civilization.”

Global sensation Priyanka Chopra also took to Twitter and wrote, “Our farmers are India’s Food Soldiers. Their fears need to be allayed. Their hopes need to be met. As a thriving democracy, we must ensure that this crises is resolved sooner than later.”

Riteish Deshmukh too took to the micro-blogging site and penned “If you eat today, thank a farmer. I stand in solidarity with every farmer in our country. #JaiKisaan”

Singer Vishal Dadlani took to his social media and wrote, “Sikh farmers who were served water-cannons and tear-gas, providing drinking water to the very soldiers who attacked them. The word #Sikh comes from the word for “disciple” but they are teachers of strength, courage, and the true meaning of #Satyagraha. #JaiKisaan”.

Check out their tweets below:

Addressed the protesting farmers, the singer-actor said, “It is my humble request to the government to listen to the demands of our farmers. I would also request the national media to show that this is a peaceful protest. The whole country is with us, but we also need your support.”

The singer added, “Hats off to all of you farmers who have created a new history. This history would be narrated to future generations. Farmers’ issues shouldn’t be diverted by anyone.”

Recently, Diljit Dosanjh slammed Kangana Ranaut over her tweet against an elderly Sikh woman who participated in the farmers’ protests. Bother were even engaged in Twitter war for two days.