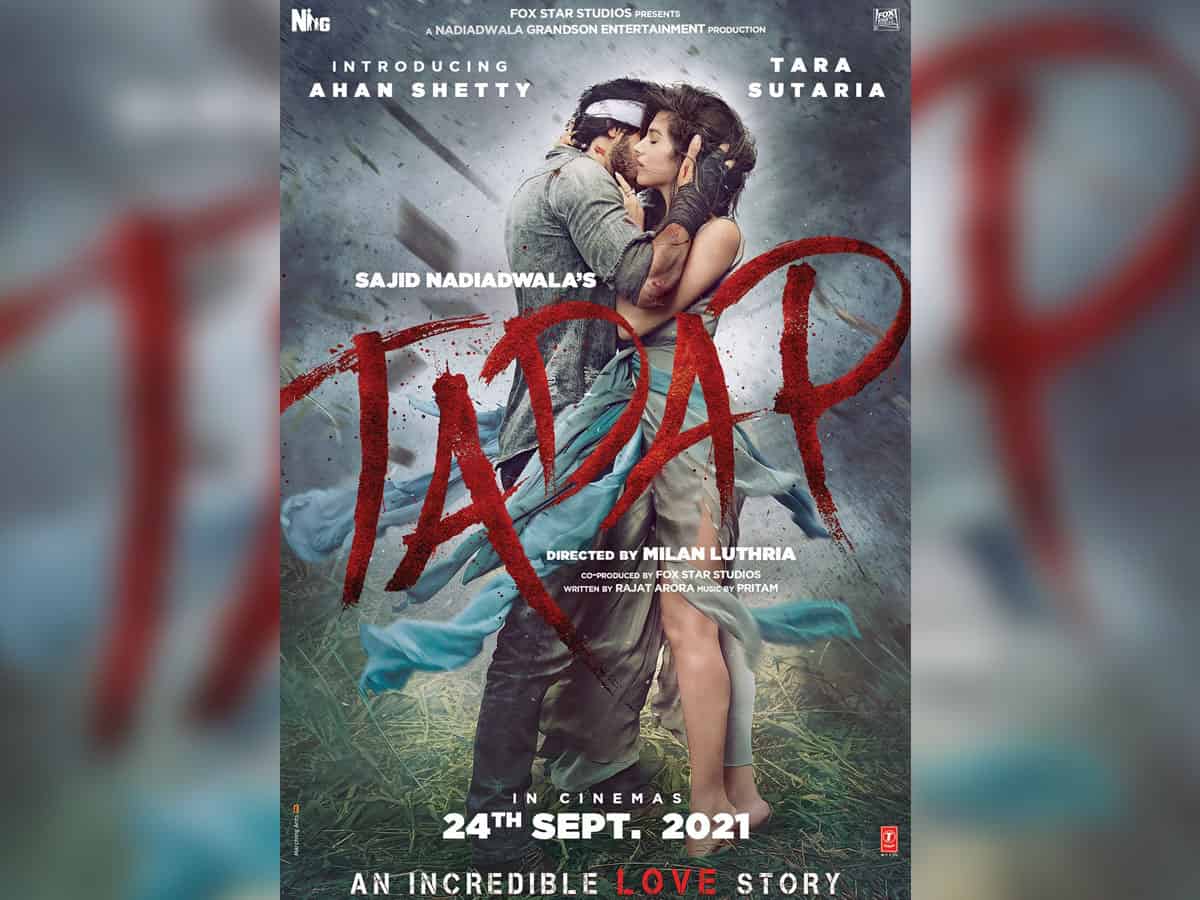 Earlier the makers of the film dropped two intriguing posters of the movie.
One poster sees Ahan lying down on a motorbike while smoking a cigarette. The star kid is seen donning a maroon T-shirt, and a pair of loosely fitted brown pants. With a full-grown beard and neck-length hair, channeling an ‘angry young man’ avatar, the actor is sure to win people’s hearts with his debut project.

While another sees Tara hugging Ahan. The duo is seen standing at a stormy place while Ahan is trying to save and keep close to Tara amid the turbulence. The poster also showcased the release date of the film and comes with a text written on it, “An incredible love story.”

Ahan’s debut with Sajid Nadiadwala is an addition to the legacy as Suniel Shetty too was launched by the producer.

‘Tadap’ is a Milan Luthria directorial, starring Ahan, Tara Sutaria, Saurabh Shukla, Kumud Mishra, and Sumit Gulati. The film is being produced by Sajid Nadiadwala and co-produced by Fox Star Studios. Penned by Rajat Arora with the film’s soulful music by Pritam, ‘Tadap’ will hit big screens on September 24, 2021.