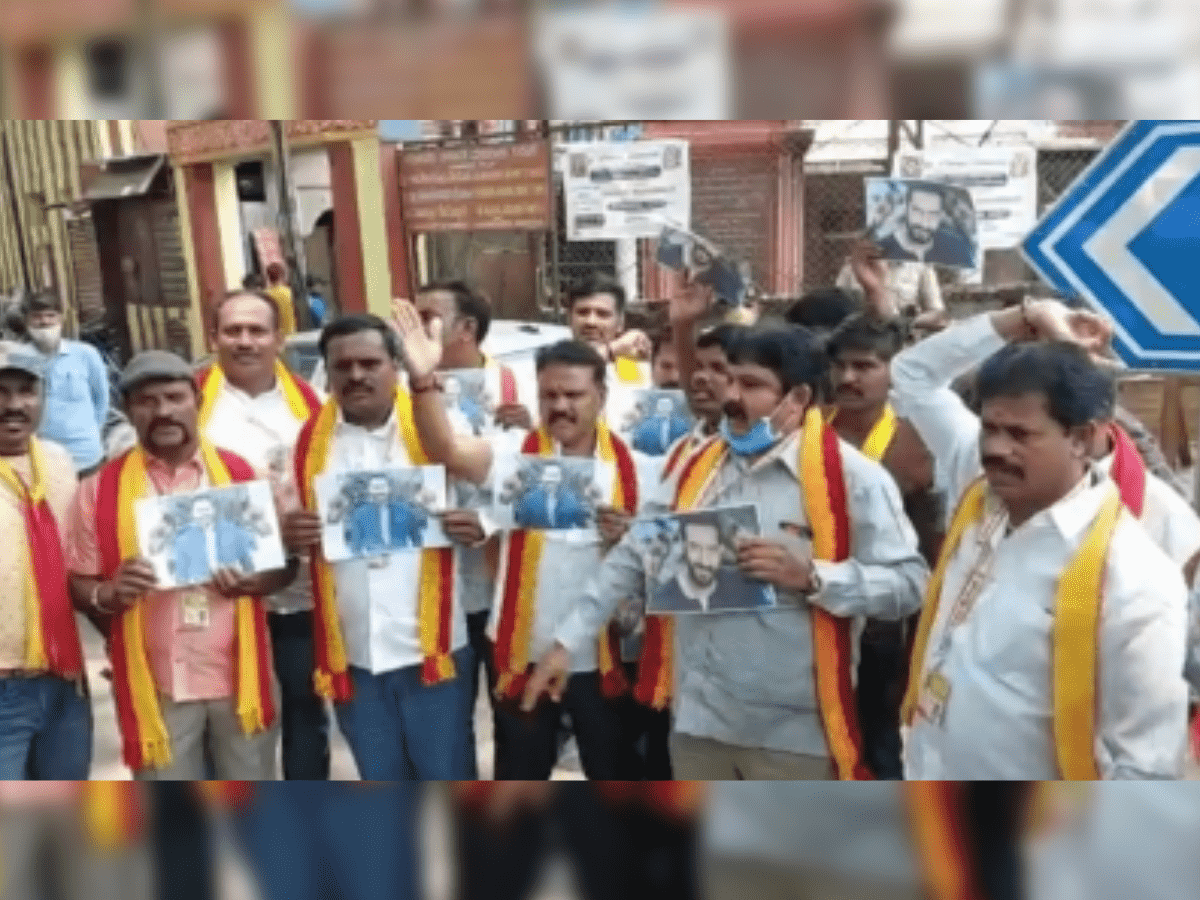 Bengaluru: Kannada organizations on Thursday staged a protest here against Bollywood actor Ajay Devgn for his comments on Hindi being the national language of the country.

Since no permission was obtained from the police prior to the protest, the agitators were taken into custody. They slammed the actor for putting out a tweet for Hindi disrespecting the local regional languages.

The protestors held the photographs of Ajay Devgn and raised slogans against him. The agitators explained that repeatedly north Indians are provoking people of Karnataka regarding imposition of Hindi.

Hindi movies are watched by Kannadigas and at a time when Kannada film industry is growing which is not being tolerated, one of the agitators told while being dragged away by the police.

T.A. Narayana Gowda, President of Karnataka Rakshana Vedike explained that due to the importance given for Hindi language in the constitution, Hindi-speaking people have developed a feudalistic approach towards other languages.

The statement of Bollywood actor Ajay Devgn is symbolic of Hindi feudalism. The provisions which give Hindi importance in the constitution have to be dropped, otherwise, this feudal attitude of Hindi-speaking people won’t end. They will continue to dominate over regional languages, he explained.