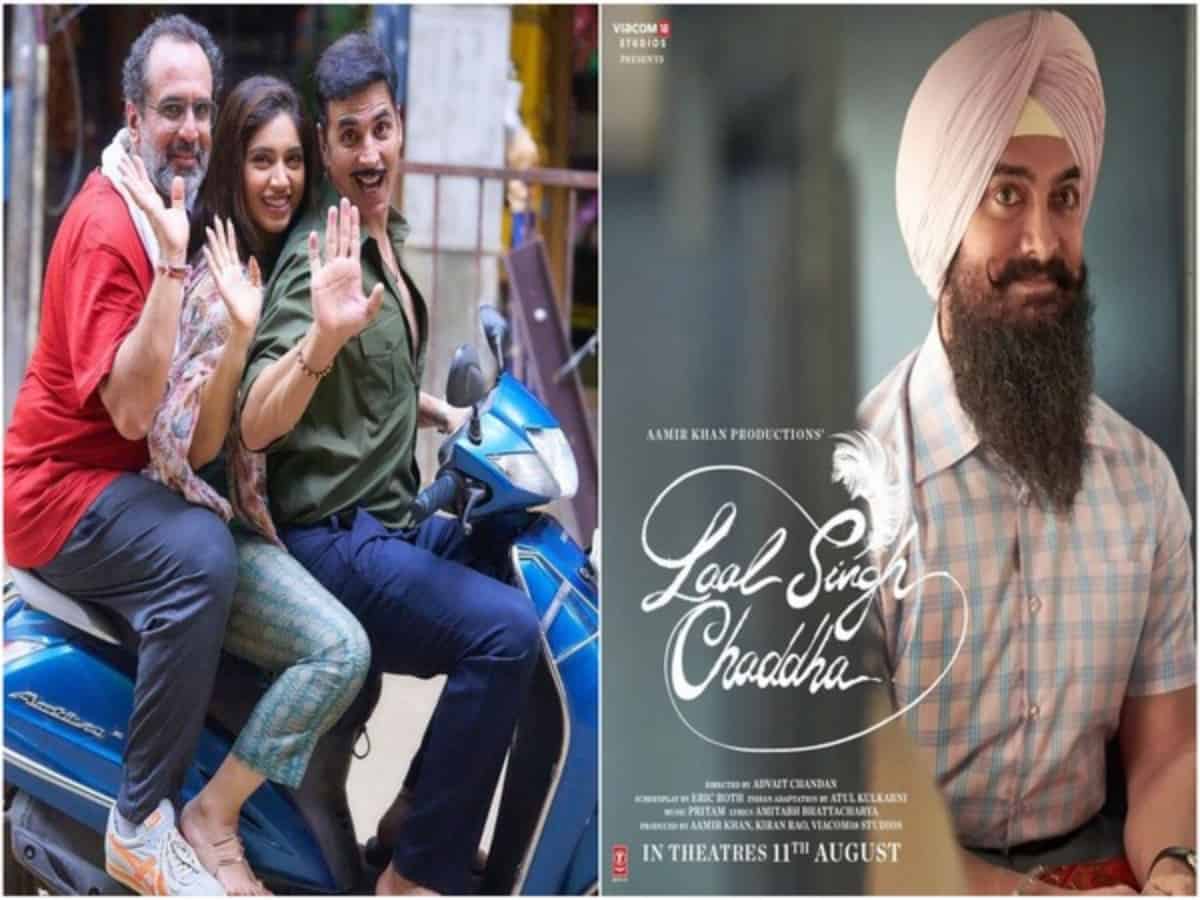 Mumbai: Actor Akshay Kumar announces the release date of his upcoming family entertainer ‘Raksha Bandhan’, the film is all set to clash with Aamir Khan’s forthcoming film ‘Laal Singh Chadha‘ on the occasion of Raksha Bandhan and Independence day.

Directed by Anand L Rai, Akshay Kumar and Bhumi Pednekar starrer ‘Raksha Bandhan’ is all set to hit the theatres on August 11, 2022. The star cast announced the release date of their film with a motion poster.
“Bringing you all a story of the purest form of bond that will remind you of yours! #RakshaBandhan releasing in cinemas on 11th August 2022.” Akshay Kumar captioned.

In the motion poster, the audience can also hear the teaser of the song ‘Tere sath hun main’ from ‘Raksha Bandhan’. This is the second time Akshay Kumar will be working with director Anand L Rai after ‘Atrangi Re‘. The film also stars Abhinay Raj Singh, Sahejmeen Kaur, Deepika Khanna, Sadia Khateeb and Smrithi Srikanth in prominent roles.

The point to be noted here is that Akshay Kumar will be clashing with ‘Mr. Perfectionist’ Aamir Khan at the box office and the fans are going to experience the biggest Bollywood clash of the year.
Aamir Khan recently released the trailer of his film ‘Laal Singh Chadha’ at the IPL 2022 Finals, and the trailer gathered a lot of appreciation from the audience. The film will be hitting the theatres on August 11, 2022. The film also stars Kareena Kapoor Khan in the lead role opposite Aamir Khan and south actor Naga Chaitanya in a special cameo.

‘Raksha Bandhan’ is going to be Akshay Kumar’s third release in the year 2022 after Bachchhan Paandey and Samrat Prithviraj, whereas Aamir Khan’s last film was ‘Thugs of Hindostan’ which was released in 2018 and after four years, the actor is coming back on the big screen.

Apart from ‘Raksha Bandhan’ and ‘Laal Singh Chadha, south actor Samantha Prabhu’s Pan-India film ‘Yashoda’ is also slated to release on the occasion of Raksha Bandhan and Independence day.
Let’s see which film will roar at the box office.