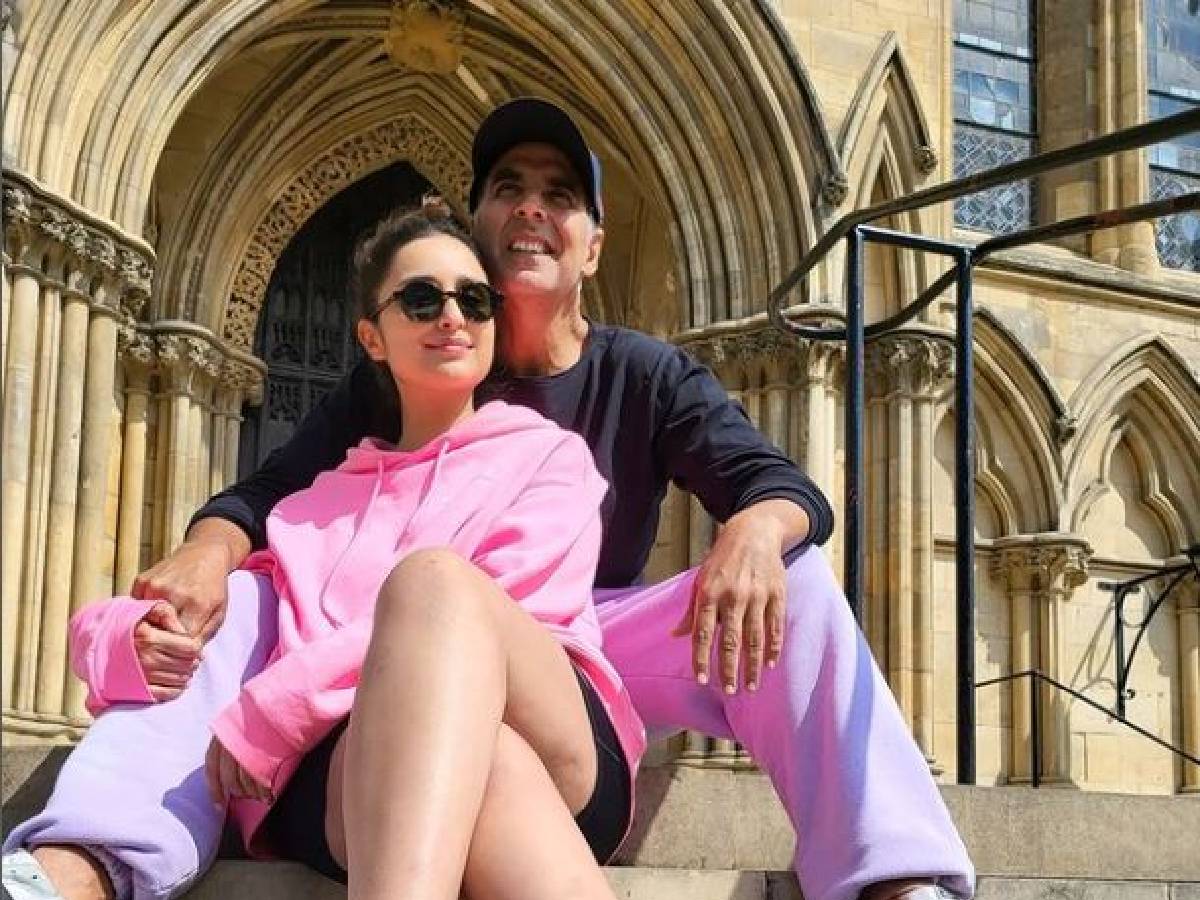 Taking to Instagram, the ‘Kill Dill’ actor dropped a post, which she captioned, “We are back This time the Kesari duo may be shooting in York, but the laughs, jokes, games and Punjabi gupshup is the same.”

In the picture, Parineeti Chopra could be seen sitting on the stairs in front of Akshay Kumar in a pink hoodie and black shorts.

Meanwhile, the ‘Housefull’ actor donned a black t-shirt and grey track pants. He accessorized his look with a black cap.

The untitled film marks the second collaboration of Akshay Kumar and Parineeti Chopra after their super-hit film ‘Kesari’ in 2019.

The ‘Khiladi’ actor Akshay Kumar recently dropped an image in a turbaned look for his upcoming film, in which he could be seen standing in a mustard field with a grim look on his face. The actor had sported a full-grown beard for his role as well, alongside a pair of glasses.

Reportedly, the film is helmed by Tinu Suresh Desai, and this Akshay Kumar-starrer revolves around the story of a rescue mission from a coal mine.

The only thing that remains in common in the Akshay Kumar-Parineeti Chopra starrer is the actor’s turbaned look with a heavy beard.

The official announcement of the film is still awaited.

Talking about Akshay Kumar, he has last seen in director Chandraprakesh Dwivedi’s historical drama ‘Samrat Prithviraj’ opposite former Miss World Manushi Chillar. It was produced by Yash Raj Productions and was released in theatres on June 3 this year. Sanjay Dutt and Sonu Sood starred in the film as well.

Apart from that, Akshay Kumar is also a part of the comedy-drama ‘Raksha Bandhan’. Directed by Aanand L Rai and written by Himanshu Sharma and Kanika Dhillon, the film is produced by Colour Yellow Productions, Zee Studios, and Alka Hiranandani in association with Cape of Good Films.

The film also stars Bhumi Pednekar, and Deepika Khanna. It is slated to release in theatres on August 11 this year.

Parineeti, on the other hand, will be next seen in Sooraj Barjatya’s upcoming family entertainer ‘Uunchai’, which also stars Amitabh Bachchan, Anupam Kher and Boman Irani in the lead roles. The film is slated to release on November 14, 2022.