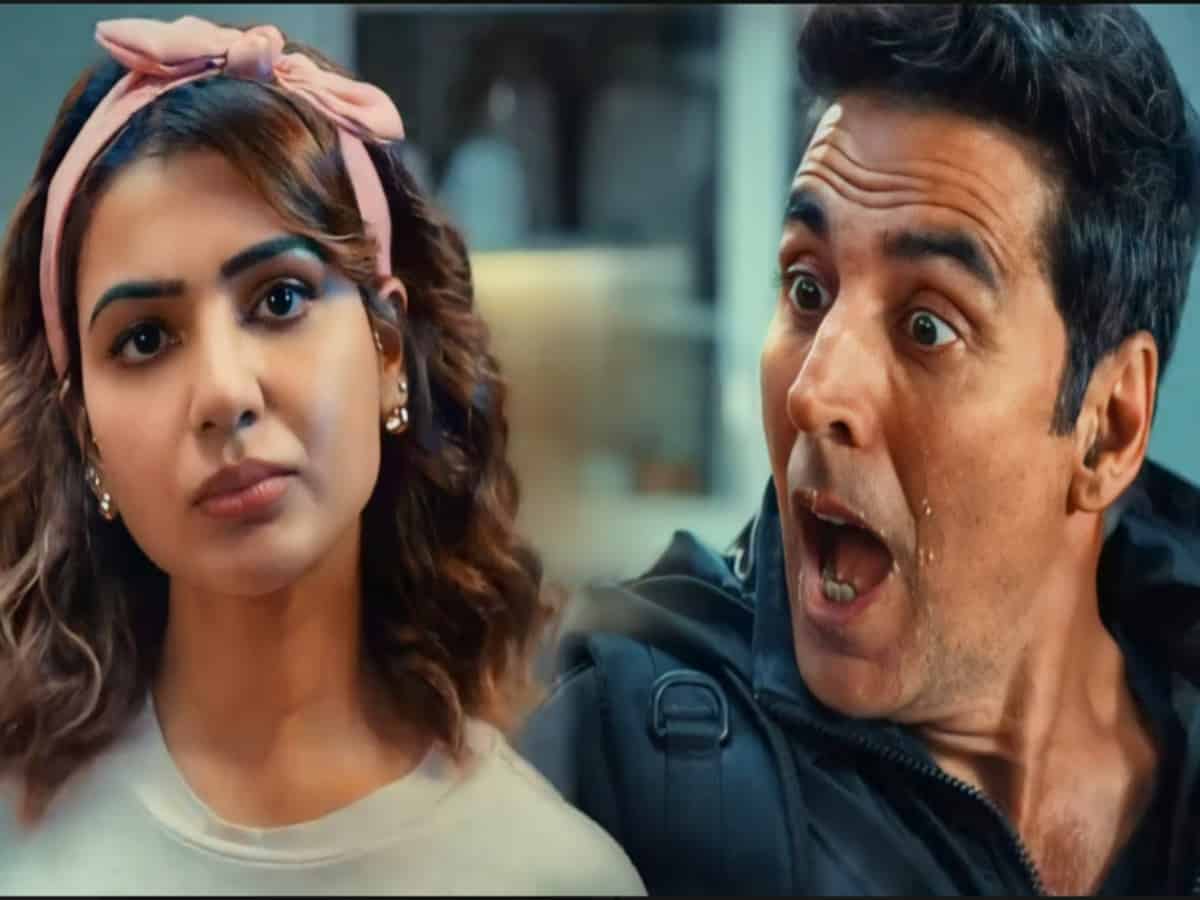 Mumbai: Samantha Ruth Prabhu has been constantly making headlines ever since she parted ways with husband Naga Chaitanya. The actress is currently enjoying the peak of her career as she has some exciting projects in her kitty. Sam has recently collaborated with Bollywood superstar Akshay Kumar a new ad commercial and fans cannot get over their amazing chemistry.

The advertisement, for a snacks brand KurKure, features Akshay as a thief who breaks into the actress’ house. The ad clip begins with Akshay entering the house inorder to steal things. However, his eyes fall upon a pack of snacks and as he reaches out to the pack, he is caught by Samantha and her family. Samantha opens the pack and enjoys it. Later, they offer it to him as well.

As he begins to leave after finishing the snak pack, Samantha calls the cops and he is left shocked.

This is for the first time that Akshay Kumar and Samantha have shared the screen and fans are already going gaga over the same. Many are even wishing to see them together in a movie.

Meanwhile, on the work front, Akshay Kumar has Cinderella, Ram Setu, OMG 2 – Oh My God! 2, Prithviraj and Bachchan Pandey. On the other hand, Samantha made her Hindi debut with the second season of The Family Man last year. She recently made headlines with her special dance number in Allu Arjun’s Pushpa. She is looking forward to the release of Telugu movie Shaakuntalam.