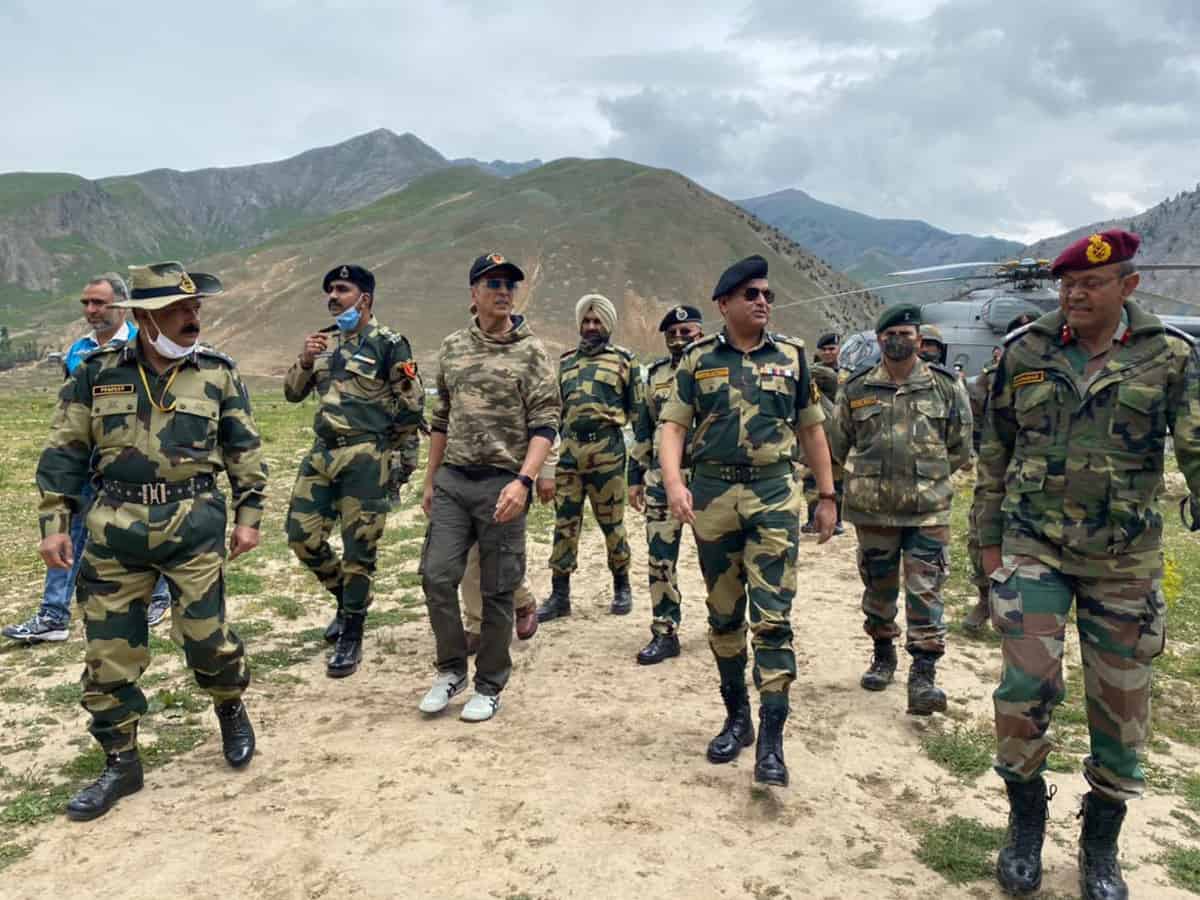 New Delhi: Bollywood star Akshay Kumar on Thursday paid a visit to the “bravehearts” of the Border Security Force (BSF) and spent a memorable day with them.

The ‘Mission Mangal’ actor took to his Twitter handle and shared a series of photos from his visit to the LoC, where he interacted and even shook a leg with the BSF soldiers.

Along with the photos, Akshay tweeted, “Spent a memorable day with the @bsf_india bravehearts guarding the borders today. Coming here is always a humbling experience… meeting the real heroes My heart is filled with nothing but respect.”

Dressed in a camouflage print hoodie and pants, the actor looked dashing as ever. He rounded up his dapper look with a cap, white sneakers and cool shades. While in one of the pictures, Akshay can be seen striking a pose with the BSF personnel in front of a chopper, in another one he is seen shaking a leg with them.

Meanwhile, on the work front, Akshay had been shooting for his upcoming movie ‘Ram Setu’ with Jacqueline Fernandez and Nushrratt Bharuccha.

The movie is being helmed by Abhishek Sharma.

Apart from ‘Ram Setu’, the actor has several other exciting films in the pipeline including ‘Housefull 5’, ‘Bachchan Pandey’, ‘Atrangi Re’, ‘Bell Bottom’ and ‘Sooryavanshi’.