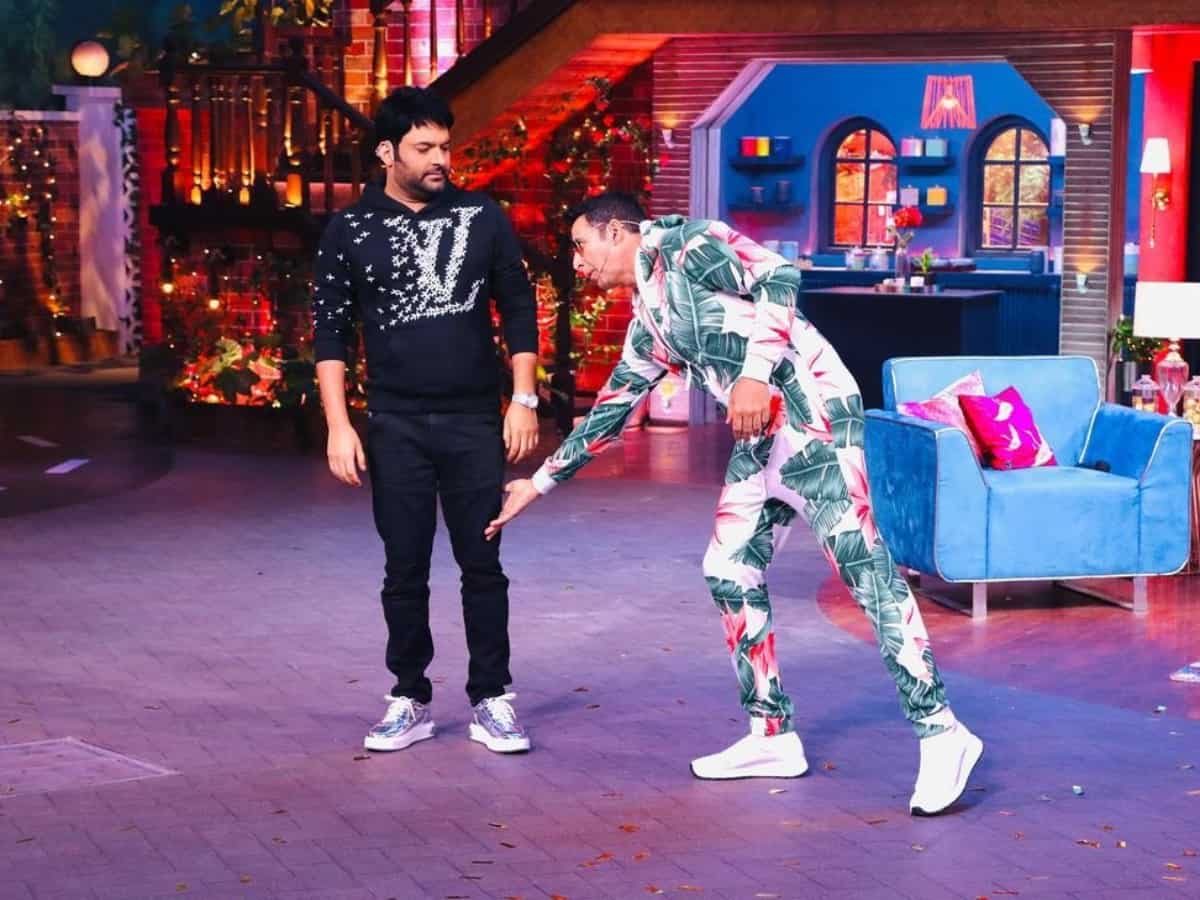 Mumbai: The much-loved comedy and celebrity chat show, The Kapil Sharma Show is all set to return on silver screen after a hiatus of nearly five months. The show went off air in February this years due to various reasons.

And the first celebrity who will grace the show as a guest in the new season of ‘The Kapil Sharma Show’ is none other than Bollywood superstar Akshay Kumar. The actor will be seen promoting his much-awaited upcoming movie ‘Bellbottom’ which will hit the screens on August 19.

The show host Kapil Sharma took to his Instagram and shared a photo of Akshay Kumar from the sets where the actor can be seen touching comedian’s feet. Along with the picture, Kapil wrote in Hindi which translates to, “Popular movie actor Akshay Kumar taking blessings for his upcoming film BellBottom.”

Responding to the Instagram photo, Akshay wrote that after taking his blessings, he was busy looking for Kapil’s brain. He wrote, “And after taking the blessing, this is Mr Akshay Kumar searching for Mr Kapil Sharma’s brain in his knees.”

Speaking about The Kapil Sharma Show, it will soon air on Sony TV. The audience will be able to witness some new faces, whereas Sumona Chakravarti will reportedly be no longer part of the show this season. Apart from her, the show will see the presence of Krushna Abhishek, Kiku Sharda, Bharti Singh, Chandan Prabhakar, Sudesh Lehri and Archana Puran Singh.