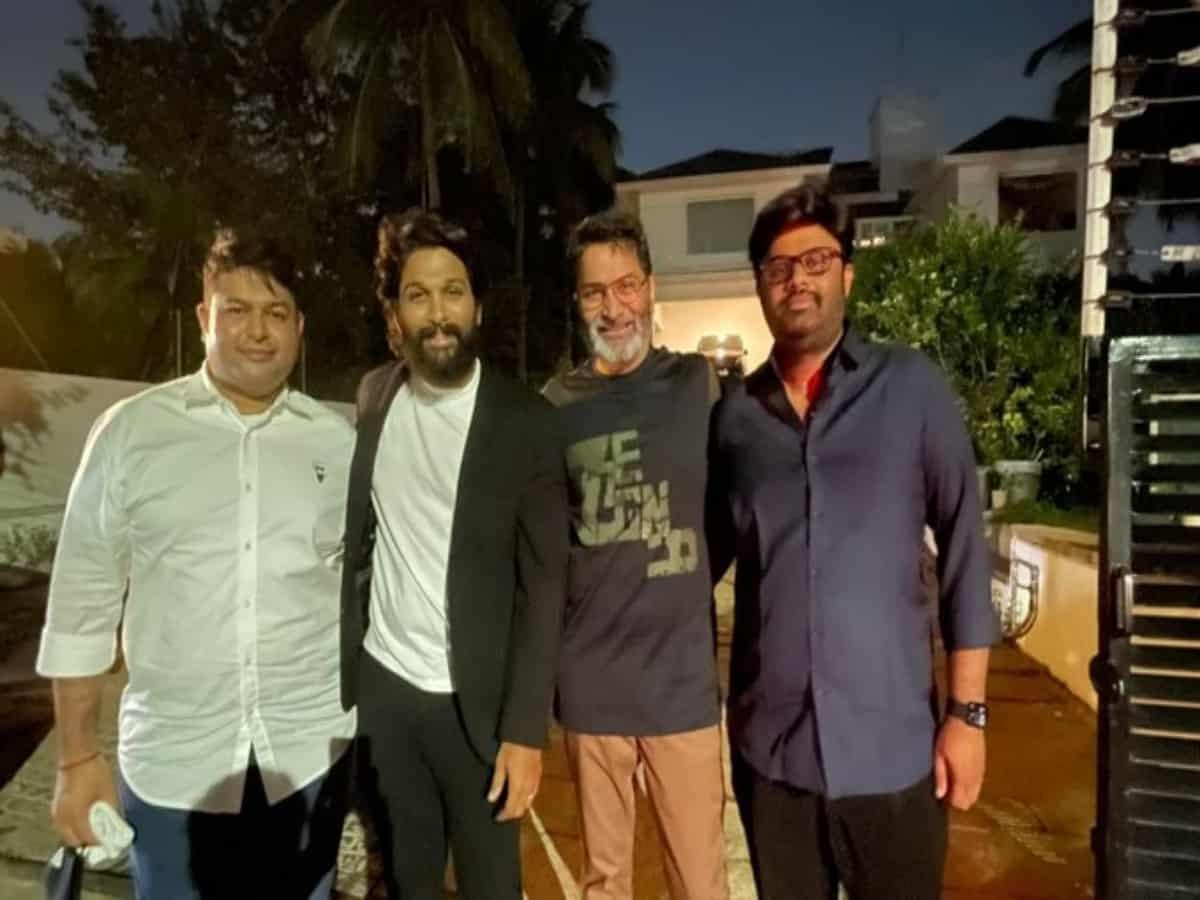 Hyderabad: Allu Arjun and Pooja Hegde-starrer ‘Ala Vaikunthapuramloo’ directed by Trivikram Srinivas was a big hit at the time of its release. The music by S.S. Thaman was a chartbuster with almost all the songs going viral.

There are talks that the whole team is to come together for another upcoming movie. These speculations about their movie were triggered after Naga Vamsi tweeted about an upcoming surprise. He posted a picture of the four, posing together, and quoted that there is a big surprise coming up soon.

‘Ala Vaikunthapuramloo’ was bankrolled under the banner Haarika and Haasini Creations. The same banner is ready for another movie with Allu Arjun, Trivikram Srinivas, and Thaman.

Trivikram Srinivas has signed a movie for which he is to direct Mahesh Babu. So, if he signs to direct Allu Arjun, it would be only after he wraps up his prior commitments.

Allu Arjun, on the other hand, is to appear in Sukumar’s directorial ‘Pushpa’, after which he would act under Boyapati Srinu’s direction.