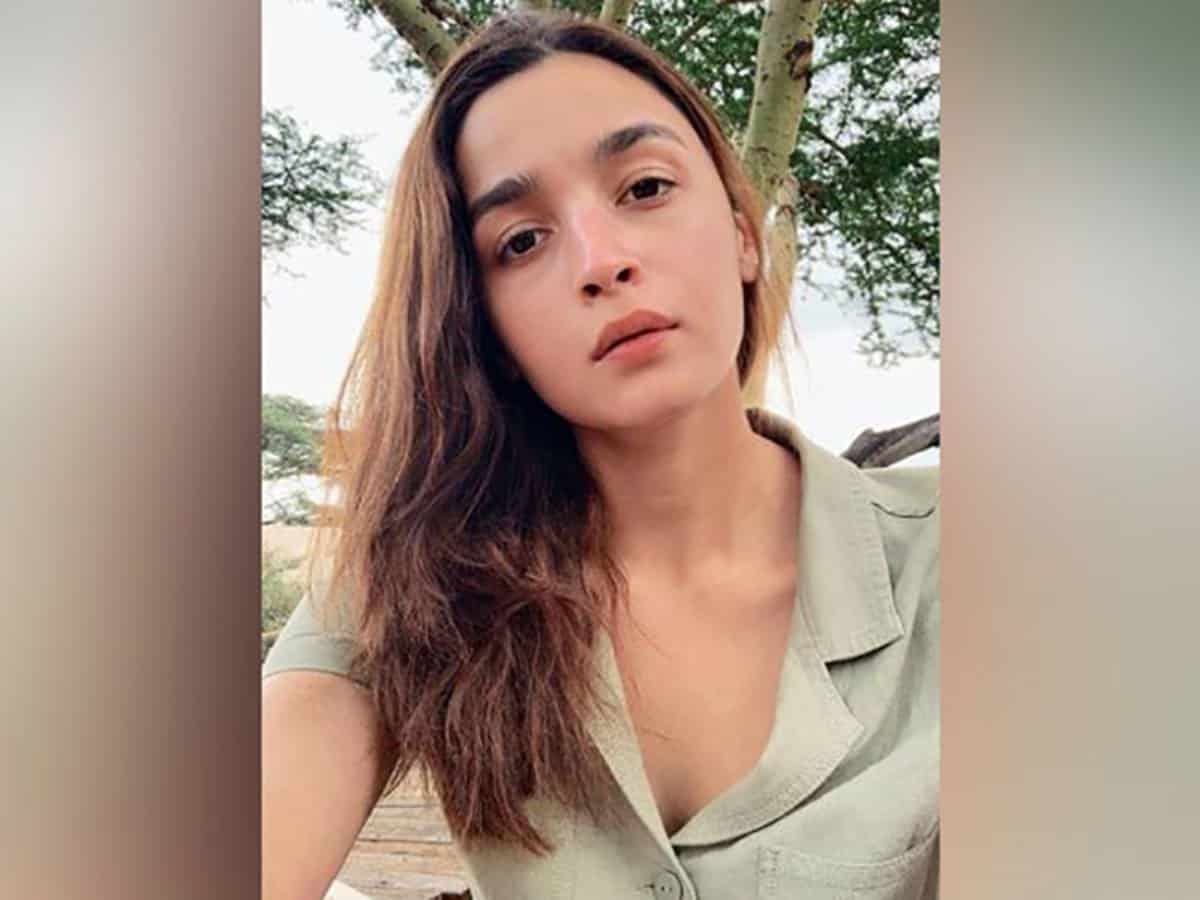 The ‘Kalank‘ star is all set for her Telugu debut with most-sought-after director SS Rajamouli’s next film titled ‘RRR‘ from Sunday.

The actor took to the Instagram story to share the news for her fans and wrote, “AND FINALLY!!! ENROUTE TEAM RRR!!!! @RRRMOVIE,” with red heart and grimacing face emoticons.

Alia looks extremely gorgeous in a casual look following which she donned a fashionable green jacket with a black tee. To complement her look, she opted for no makeup and a sleek hairdo. To accessories the attire, she wore a pair of metal hoop earrings.

Earlier, there had been a lot of speculation about the film’s female lead being either Alia Bhatt or Parineeti Chopra. Putting all the rumours to rest, Indian film critic and trade analyst Taran Adarsh tweeted about Alia joining the big project.

Alia will be seen playing one of the leading ladies in the film and her co-Bollywood star Ajay Devgn will be seen essaying a pivotal role in a flashback episode.

The official Twitter handle of the movie also shared pictures of the actors welcoming them aboard earlier.

The film will be a fictional story set in the 1920s pre-independent era. It will be based on the lives of two legendary freedom fighters– Alluri Sitarama Raju and Komaram Bheem.

The much-awaited film is slated to release on July 30, 2020. It will release in multiple languages including Telugu, Tamil and Hindi.