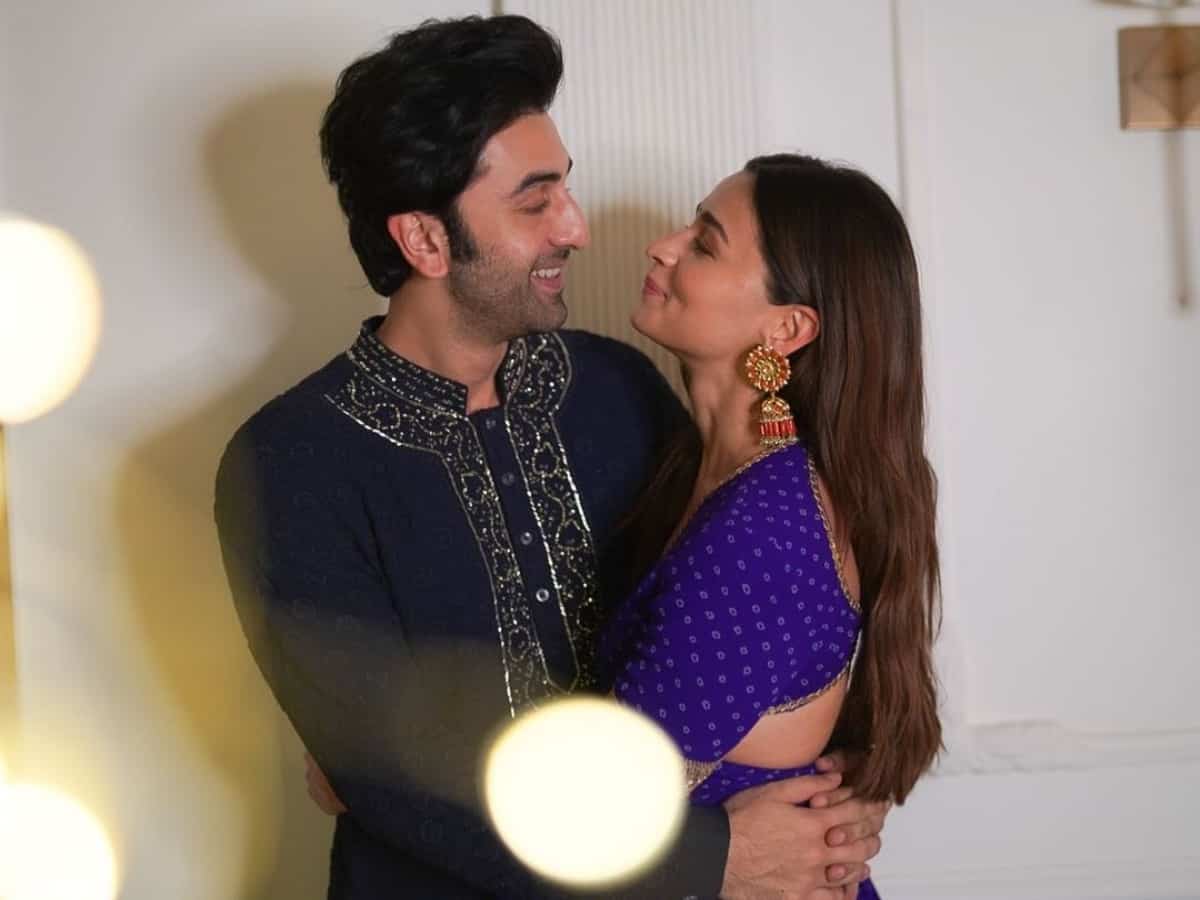 Mumbai: Bollywood actor Alia Bhatt on Thursday shared Diwali greeting on her social media along with some ‘light’ and ‘love’.

Alia took to her Instagram handle and shared two Diwali posts. The first post had three pictures of her dressed in purple ethnic attire. It had the caption, “Some light… Happy Diwali.”

The second post featured her along with rumoured boyfriend Ranbir Kapoor. In the picture, the duo can be seen in an embrace gazing deeply into each other’s eyes. “& some love .. Happy Diwali,” read the post’s caption. For the occasion, Ranbir was dressed in a black kurta.

On the film front, Ranbir will be soon seen in Luv Ranjan’s next, ‘Brahmastra’ and ‘Shamshera’. While on the other hand, Alia too will be seen in ‘Brahmastra’, ‘Rocky Aur Rani Ki Prem Kahani’, ‘Gangubai Kathiawadi’, ‘Darlings’, ‘RRR’ and ‘Takht’.