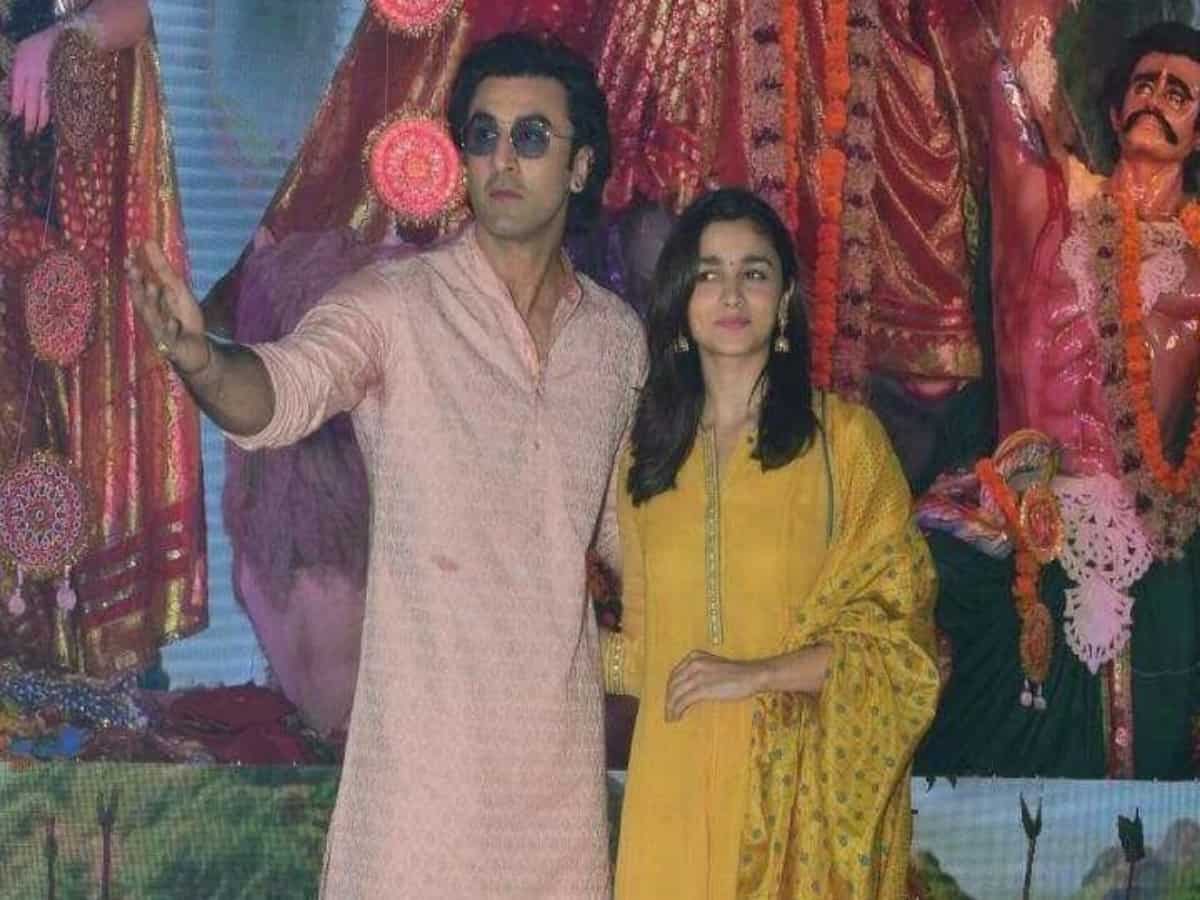 Mumbai: With only a few days left for Ranbir Kapoor and Alia Bhatt’s speculated marriage, preparations for the upcoming festivities seem to be in full swing as the groom’s wedding outfit arrived on Monday at his residence.

A car was spotted today at Ranbir’s house in Mumbai and it was loaded with Sabyasachi outfits apparently for the bride and groom.

It had previously been reported that for her special day, Alia would be donning a Sabyasachi lehenga and this latest development seems to have only fuelled that speculation.

Sources suggest that Ranbir and Alia’s wedding will be a 4-day-long affair at the RK house. The functions will start from April 13 onwards with the Mehendi ceremony followed by a sangeet ceremony on the next day and finally the wedding on April 15.

They had fallen in love with each other on the sets of their upcoming film ‘Brahmastra’. The two made their first appearance as a couple at Sonam Kapoor’s wedding reception in 2018.

Apart from Alia, earlier, in December 2021, Bollywood star Katrina Kaif had chosen a red bridal Sabyasachi lehenga made of handwoven matka silk for her wedding to actor Vicky Kaushal.

Actor Patralekhaa, who tied the knot with ‘Badhaai Do’ star Rajkummar Rao in November 2021, had also dressed in a red lehenga from the ace designer