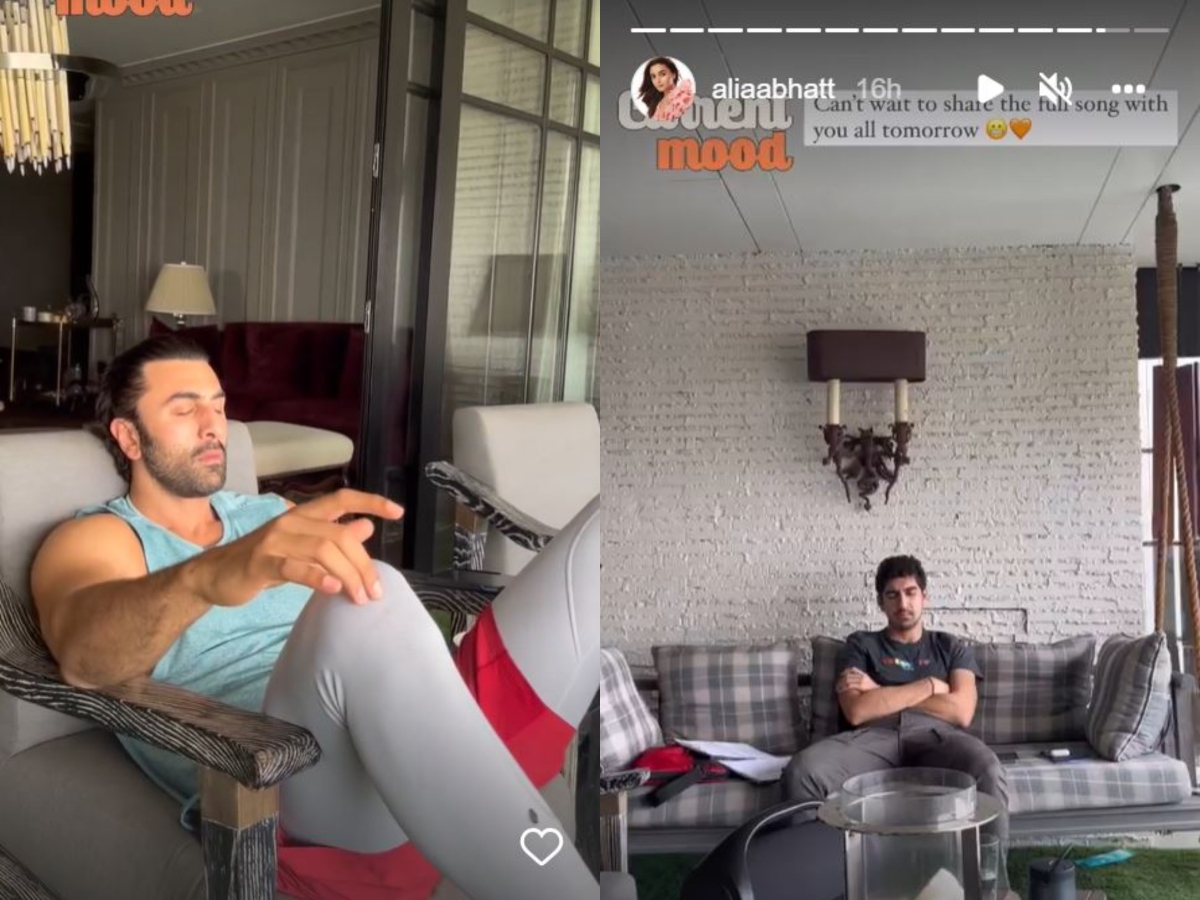 Mumbai: And the wait is finally over! Alia Bhatt and Ranbir Kapoor-starrer romantic track ‘Kesariya’ from ‘Brahmastra’ will be out on Sunday.

Ahead of the release of the track, Alia Bhatt took to Instagram Story and treated fans by sharing a super cute video of her hubby Ranbir and director Ayan Mukerji listening to ‘Kesariya’, which is sung by none other than Arijit Singh.

In the clip, Alia Bhatt gave a sneak peek of the buildings outside before panning the camera inside the house. As the wind whistled, Ayan Mukerji came into frame. He is seen sitting on a swing with his eyes closed.

Prior to Alia Bhatt and Ranbir Kapoor’s wedding on April 14, the Brahmastra team shared the teaser of the song.

He posted a video from the song, featuring fan reactions, and shared that they initially wanted the first song from the film to be around Shiva (Ranbir’s character).

He wrote, “To be honest, I always imagined that we would launch a song which was just about SHIVA, as the first song of Brahmastra. But there was so much warmth for the Kesariya Teaser, that we decided we had to put it out first (or, everyone would kill us)! And now, I can’t imagine it being any other way… because Kesariya is about Shiva and Isha… and their love, which, is the core of Brahmastra…!”

‘Brahmastra’ will release theatrically on September 9th, 2022, in 5 Indian languages – Hindi, Tamil, Telugu, Malayalam, and Kannada. Amitabh Bachchan, Mouni Roy, and Nagarjuna Akkineni are also a part of the project.