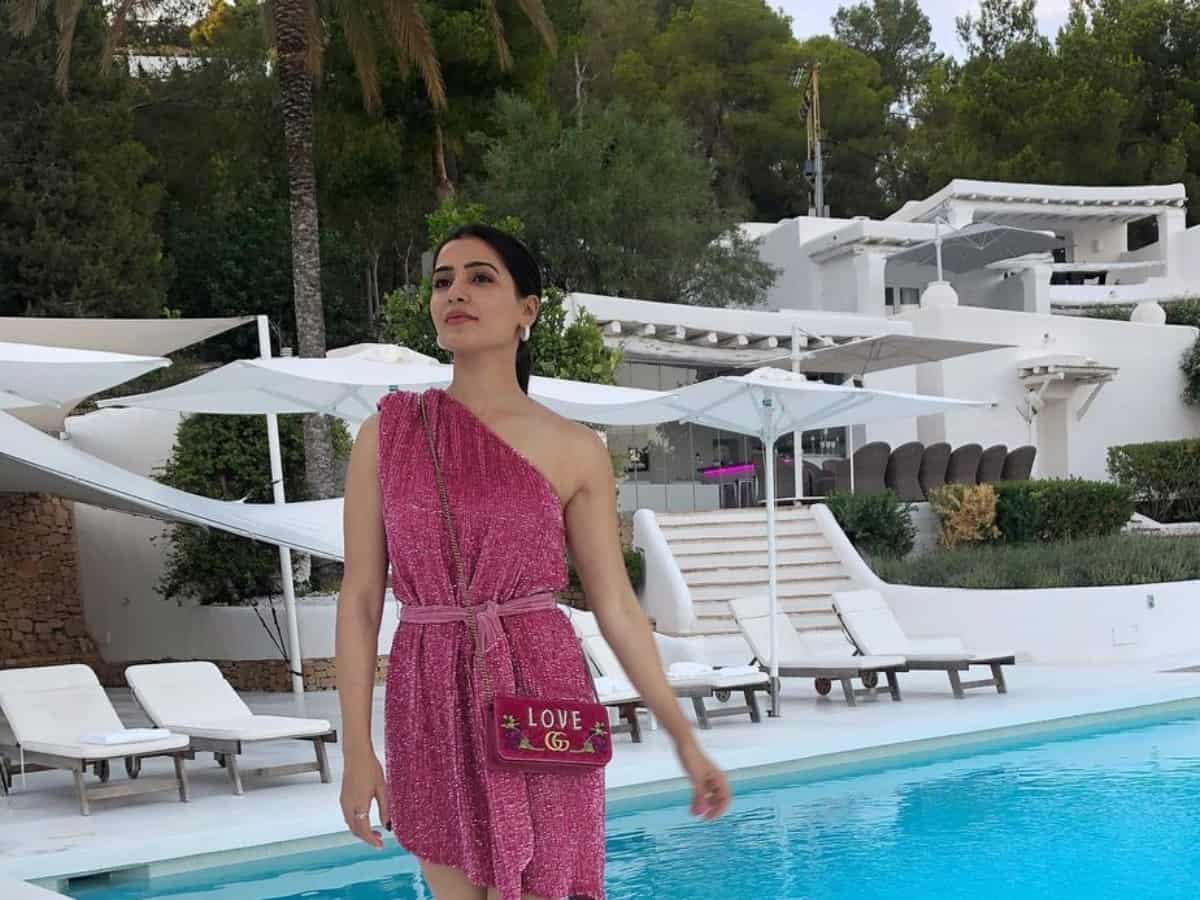 Hyderabad: One of the top actors down south, Samantha Ruth Prabhu has established herself as a bankable star. She is among the highest paid female celebrities in India. The actress made her debut with Gautham Menon’s Telugu romantic drama movie, Ye Maaya Chesave in 2010 and since then there’s no looking back for her.

According to various reports, the net worth of Samantha Ruth Prabhu is $ 11 million which is nearly Rs 80 crores. The actor reportedly charges Rs 3-4 crore for each film that she works on. Over the years, she has endorsed numerous brands and has appeared in several ad commercials as well.

The gorgeous actress resides in a luxurious and palatial house situated in Jubilee Hills, Hyderabad. Regardless of the size, the lavish property is well-decorated with breathtaking views, sofas and a beautiful green garden. Her abode has a modern yet earthy-vibe and cosy at the same time.

Like all other celebrities, Samantha too is a ‘petrolhead’ and her swanky fleet of cars proves the fact. According to GQ India, she is a proud owner of —

Recently,Samantha Ruth Prabhu invested in SustainKart Marketplace India Pvt Ltd, which runs an e-commerce marketplace named SustainKart. It offers eco-friendly products across lifestyle categories, from fashion to decor, food and nutrition, among others. However, the huge amount that she invested in the start-up is not diclosed yet.

Apart from all this, Samantha also owns a few expensive bags and heels.

On the professional front, Samantha’s recently released movie ‘Kaathuvaakula Rendu Kaathal’ along with Nayanthara is receiving good response from audience and critics. She also has Yashodha and Shakuntalam. Sam is set to make her Hollywood debut with Arrangements of Love, a Philip John directorial.