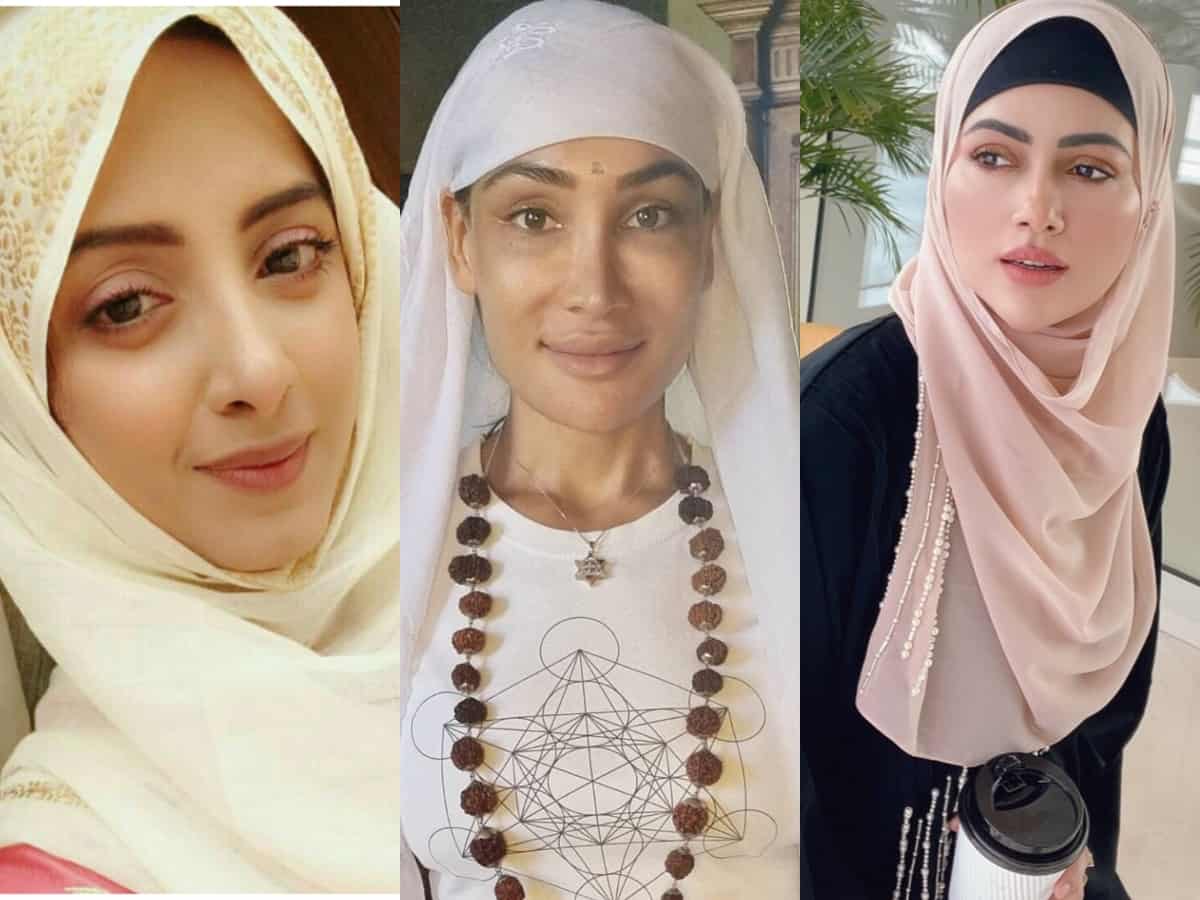 Mumbai: The glamorous world of showbiz is a dreamland for many who aspire to begin their career in acting and other streams of film industry. However, there are a few celebs who are successful in the industry but have chosen their spiritual awakening over their fancy profession. Here’s a look at all the actresses who chose to leave glamour, name and fame because of religious reasons.

The actress, who started her career in Bollywood with Aamir Khan’s ‘Dangal’, decided to give up her film career in 2019. She announced her disassociation from acting, saying she was not happy with the line of work as she felt her relationship with her religion was threatened. She has also worked in his 2017 production venture “Secret Superstar”. Her last film was ‘The Sky Is Pink’, co-starring Priyanka Chopra and Farhan Akhtar.

The former Bigg Boss contestant Sana Khan shocked her fans and industry in 2020 with her decision of leaving the showbiz after she felt enlightened by the ‘teachings of Islam’. Sana took this decision during the lockdown after she broke up with the famous choreographer Melvis Louis. In an Instagram post, Sana Khan called her decision to leave showbiz as the ‘happiest day

In the 2016, the Bigg Boss fame, Sofia Hayat walked away from the showbiz mentioning that she had embraced spirituality and become a nun. She adopted the name Gaia Sofia Mother.

Actress Anu Aggarwal, who gained overnight stardom with Aashiqui in 1990, decided to leave the glamour world of showbiz and follow her spiritual calling. Anu even joined an ashram in Uttarakhand post her tragic accident and took sanyas.

Model and actress Barkha Madan, who was a popular face back then in television ad film industry, had made her debut in 1996 alongside Akshay Kumar and Rekha in ‘Khiladiyon Ka Khiladi’. In 2012, she became a Buddhist nun and also changed her name to Gyalten Samten.

Well-known Pakistani actress Sanam Chauhdry recently shocked everyone with her decision of quitting the glitz and glamorous world of showbiz. Taking to her social media, she said that she leaving industry for the sake of Islam, as she wants to spend her life according to the principles of Islam.

Noor Bukhari is one of the most known names in Pakistan’s film industry. In 2017, she made headlines with her decision to quit showbiz and made clear that she will not be doing any movies or TV shows in the future.