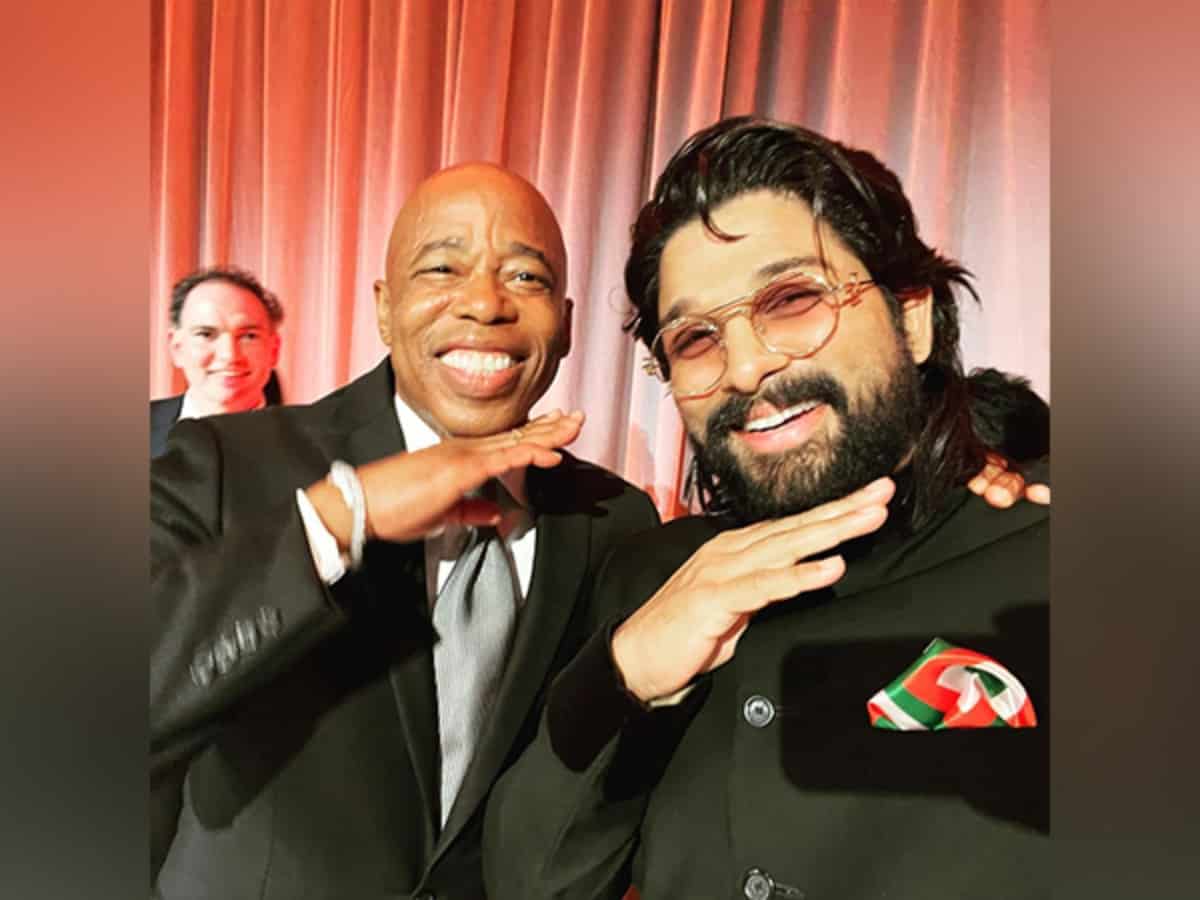 New Delhi: South actor Allu Arjun, on Monday, was honoured by the Mayor of New York, Eric Adams as he represented India as the Grand Marshall in the annual Indian day parade.

Taking to Instagram, the ‘Pushpa’ actor shared a post, which he captioned, “It was a pleasure meeting the Mayor of New York City. Very Sportive Gentleman. Thank You for the Honours Mr. Eric Adams. Thaggede Le!”

The first post is a group picture, in which Allu could be seen sharing a happy moment with the mayor of New York, as he holds the certificate of recognition.

In another picture, the ‘Ala Vaikunthapurramuloo’ actor can be seen striking his ‘Pushpa: The Rise’ signature pose along with Eric Adams.

In the last picture, Allu shared a snap of the certificate of recognition he received from the mayor.

Soon after the south actor shared the post, fans swamped the comment section with red heart emoticons and congratulatory messages.

“He most humble and down to earth pedom I have ever seen..You always make your fans important and overwhelmed with your warm natural and love,” a fan commented.

Meanwhile, on the work front, Allu Arjun’s last release ‘Pushpa: The Rise’ was a blockbuster hit and received a lot of appreciation from the critics and the audience.

He is soon going to begin the shooting for the sequel of ‘Pushpa’, which also stars south actors Rashmika Mandanna and Fahadh Faasil in the lead roles.