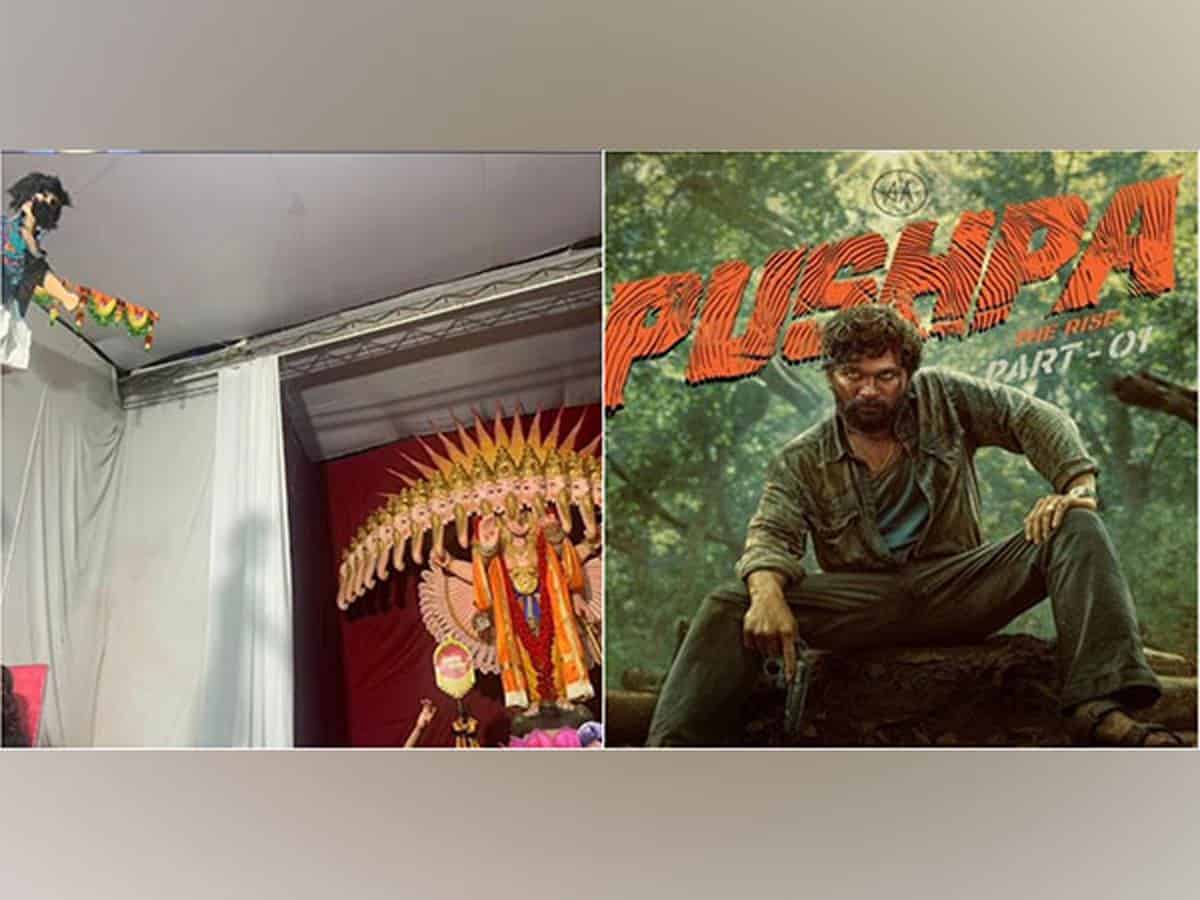 Mumbai : While the audience has been eagerly waiting for Allu Arjun’s ‘Pushpa: The Rule’, the fever of its Pushparaj doesn’t seem to settle down yet. Being a hub of Ganesh Utsav, the state of Maharashtra is celebrating its biggest festival of Ganesh Chaturthi, where everyone is in full swing to enjoy and seek the blessings of Lord Ganesha in a different way and interestingly, many people have chosen to celebrate the festival in a filmy way.

The kind of rage that ‘Pushpa: The Rise’ has created among the masses is on a different level and is constantly rising in anticipation of its second part. The people of Maharashtra are celebrating Ganesh Chaturthi in wholly new and fresh ways.

Forever with you in everything: Anushka as husband Virat completes 71st century in int’l cricket

A video of one of the Ganesh Pandals in Khetwadi, Mumbai was seen using a Pushpa theme in a very creative way and went viral.

A video was posted by Allu Arjun’s fan page on Twitter.

The organizer have dedicated one pandal to decorate it with a Pushpa theme among the 12 pandals.

Among the 12 pandals, one of them was decorated with a Pushpa theme. And an interesting entry of Bappa in a Pushpa style could be seen in a video.

Themed over the topic of Dahi Handi, the skit consists of an act that introduces different characters of the film who talks about Dahi Handi in their ways and it ends up with Pushpa Raj entering in his swag from the above and then the curtain opens for the devotees to see the Ganesh Idol. So in this way, they have created the theme around making it a ‘Maharastracha Pushpa’.

Recently, Allu Arjun’s look from ‘Pushpa: The Rise’ inspired Lord Ganesha statues went viral, where the deity can be seen sitting in a white kurta-pyjama similar to how Arjun wore in the film. 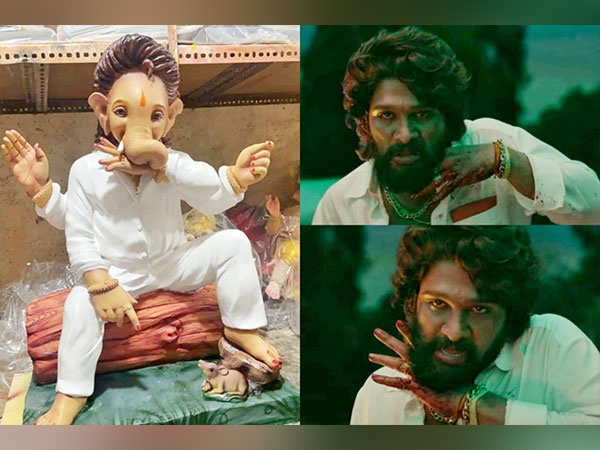 ‘Pushpa: The Rise is a Telugu film directed by Sukumar, which was released in December 2021. The film, which also starred Rashmika Mandanna, emerged out as a blockbuster. The film’s sequel is currently in pipeline.