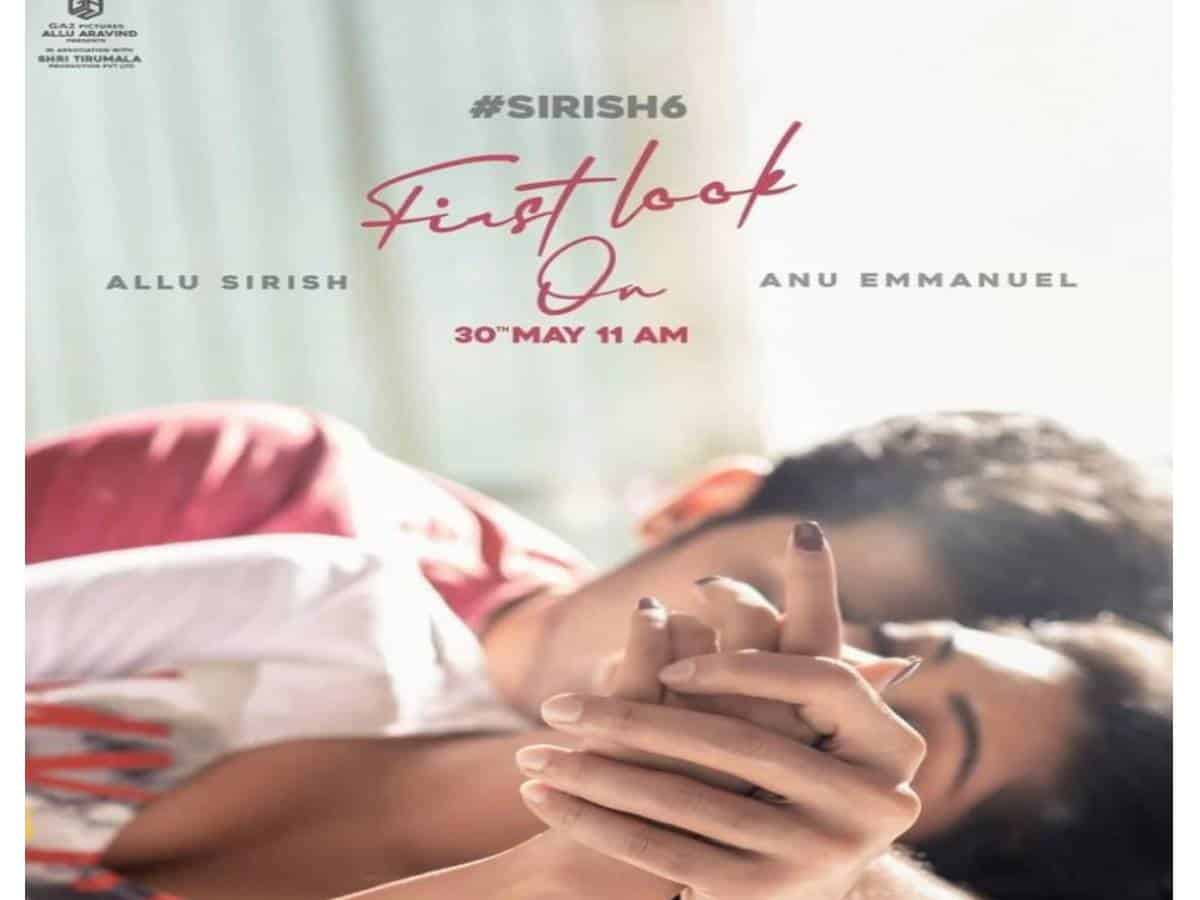 Hyderabad: Telugu actor Allu Sirish revealed the second pre-look poster of his next, whose title is yet to be announced.

The actor took to Instagram on Saturday to reveal the poster.

Similar to the first pre-look, the faces of the characters are not in focus and only their entwined hands.

Sirish, who was last seen on the big screen in “ABCD: American Born Confused Desi” captioned the image as: “Here’s our second pre look. Can’t wait to share the first look tomorrow at 11am. Mark the date and time”.

The actor was recently seen in the music video of Darshan Rawal and Neeti Mohan’s hit song “Vilayati sharaab” alongside Heli Daruwala, The video has crossed 100 million views on YouTube. Sirish’s upcoming untitled project has been directed by Rakesh Sashii and is presented by his father Allu Aravind.