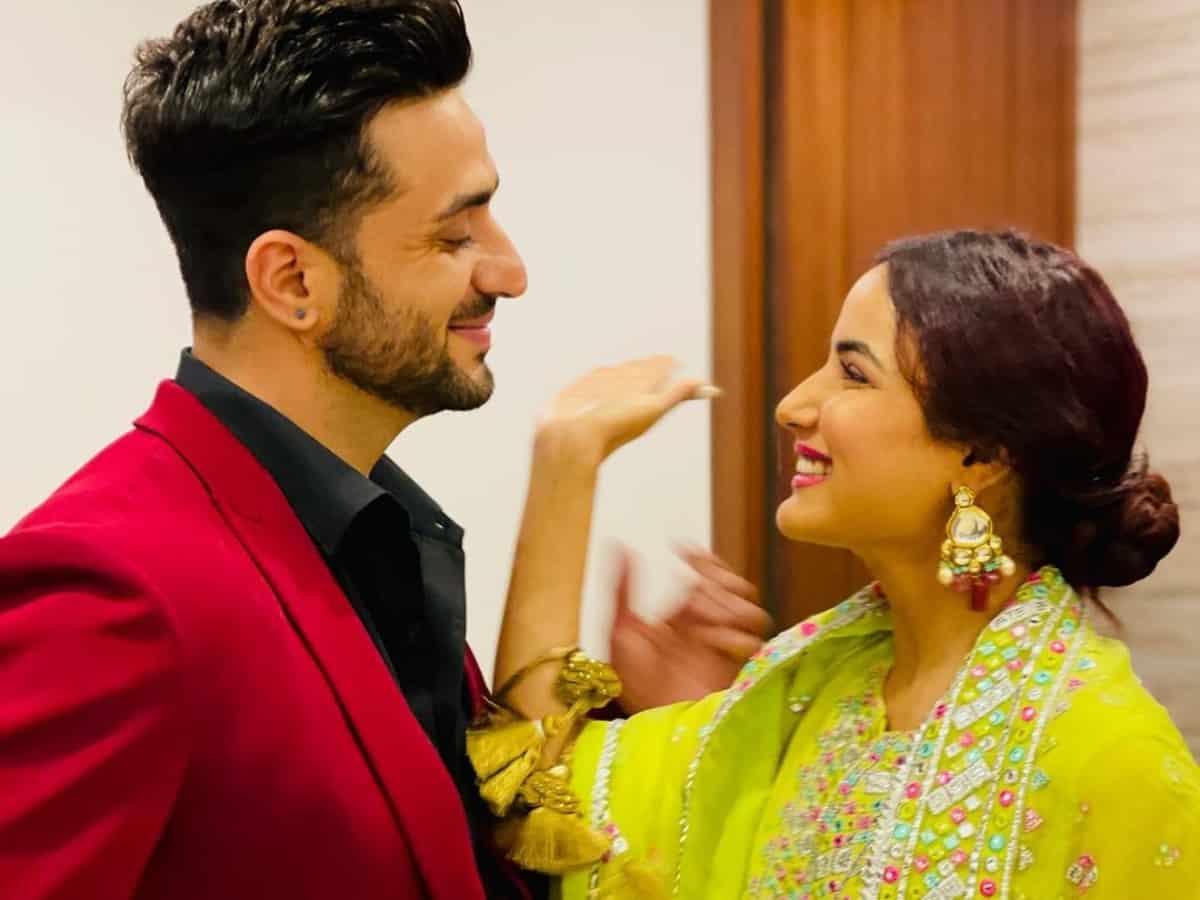 Mumbai: Television stars Aly Goni and Jasmin Bhasin have been inseparable ever since they confessed love each other and bought their relationship into limelight. Their bond has only turned more beautiful and deeper from their Bigg Boss 14 days.

The couple often treats their fans and admirers with lovely chemistry and never shies to express their love for each other both on social media and while interacting with paparazzi. They are fondly addressed as ‘Jasly’ by their fans. Not just this, with the never ending spree of speculations about their relationship and marriage, Jasmin and Aly often occupy the top place in the trends list.

They have once again grabbed the headlines, this time credit goes to Aly Goni’s latest interview where he finally spoke about exchanging wedding vows with his lady love Jasmin Bhasin.

What did Aly Goni say?

In a latest interview with Times Of India, Aly Goni clearly mentioned that Jasmin is the woman of his dreams and he is going to marry her. He also added that he’s head over heels in love with Jasmin and he doesn’t mind what the world thinks of them but they are going to be the man and wife soon.

“I have made my mind. I want to marry her, mujhe pata hai agar shaadi karni hai toh issi se karni hai. We haven’t decided on the date yet, but I am very sure that Jasmin is the girl for me,” the actor said.

Jasmin Bhasin and Aly Goni are currently in latter’s hometown Jammu, spending Ramzan with the family. Recently, another video went viral that featured Jasmin helping Aly’s family in the kitchen while preparing for Iftaar. Jasly’s fans started showering the couple with a lot of love as soon as the couple shared the video.

Most recently, the couple also teamed up and featured together in a music album, Tera Suit, presented by Anshul Garg. The song is sung, penned, and the music of the same is given by Tony Kakkar.