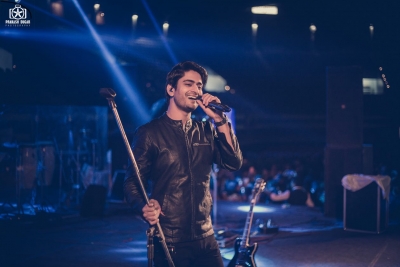 Mumbai, March 4 : Singer Amit Mishra is on a roll in the indie scene. He has had three independent songs released. The Bulleya-famed singer says his Bollywood success has helped him grow as an independent artiste. His new song Ashiq tera releases on Thursday.

“There is no doubt that whenever a song releases through a Bollywood film, it gets a wider reach. But the life of that song comes to an end once film promotion is over. In my journey, Bulleya (Ae Dil Hai Mushkil), Manma emotion jaage (Dilwale) or Galti se mistake (Jagga Jasoos) stayed in the minds of the listeners. People always request me to perform these at live gigs. Bollywood therefore surely gives an artiste popularity that we do not get from other platforms. Eventually, when I work on my non-film independent songs, my popularity as a Bollywood playback singer opens doors for collaborations easily,” Amit told IANS.

“As an artiste, finding space in Bollywood music and utilising the fame to create independent and artistic work is the best way to strategise our career,” he added.

In the recent past, Amit came up with three singles — Fakira, Bechainiya and Dastaan. While Bulleya has emerged as his signature song, he said matching up a milestone at times looks tough.

“Every time a new song release, some people ask will it be the next ‘Bulleya’? I think every song has its own destiny and they is also a collective effort of the composer, lyricist, musicians and the whole team. Comparing the success of one song to another is unfair but that is also the result of the love of the audience. It is like my songs are fighting with each others to achieve the ‘best’ place from the audience and I am watching the fun from a distance,” he laughed.