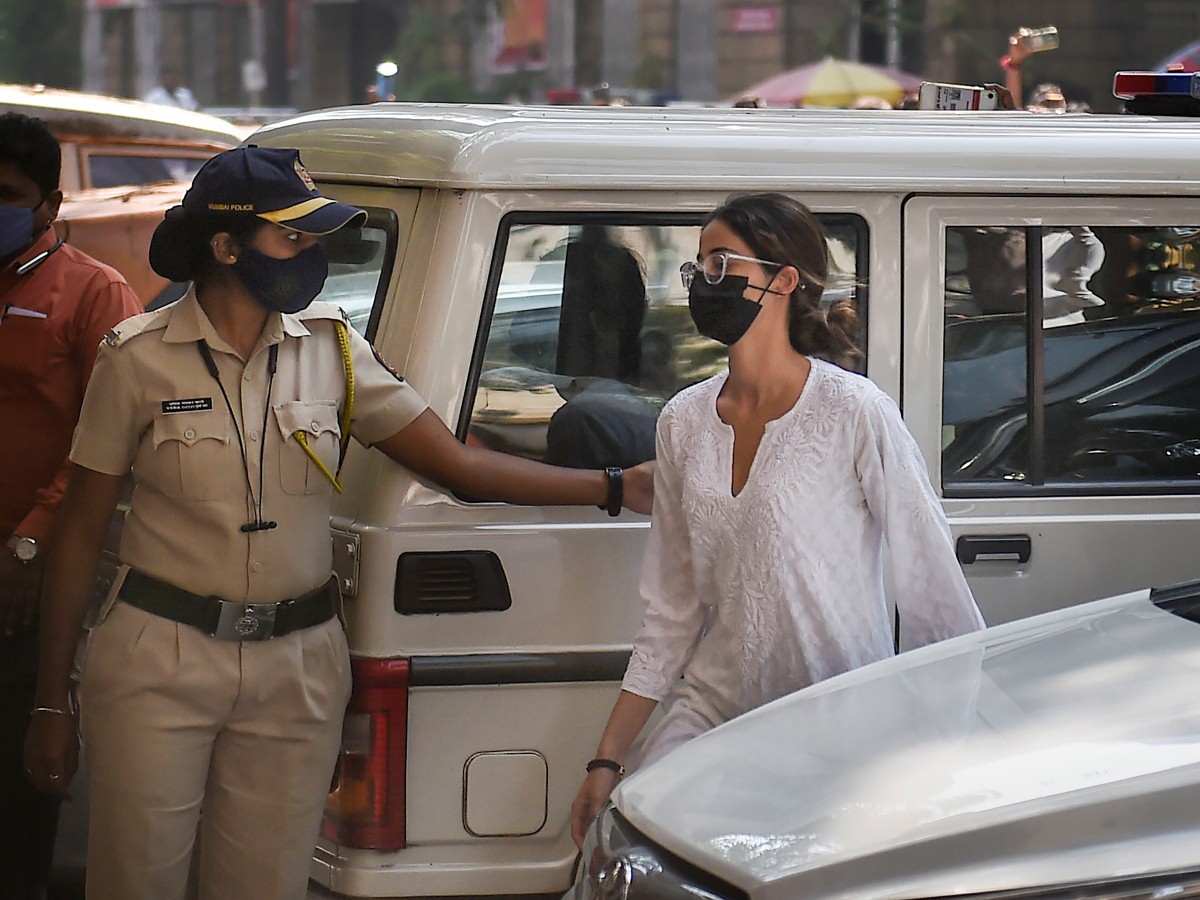 Mumbai: For the second consecutive day, Bollywood actress Ananya Panday was on Friday grilled by a team of Narcotics Control Bureau (NCB), for over 3 hours, in connection with its ongoing probe into the October 2 “rave party” aboard a cruise ship.

An NCB official said she has been summoned again on Monday morning for a third round of questioning.

NCB official sources have hinted that there is apparently no evidence of any “drug-related exchanges” in her alleged WhatsApp chats with Aryan Khan – the son of Bollywood megastar Shah Rukh Khan – who has been arrested in the drugs case and currently in judicial custody till October 30.

The sources divulged that there are “no traces or references” of any marijuana (Ganja) or weed-related three chats in the two star-kids’ WhatsApp communication being scanned in-detail by the NCB.

Ananya, 23, daughter of veteran actor Chunky Panday, is now being questioned for her version by the NCB for certain different fresh leads it has collected in the case, but the officials declined to elaborate.

In a series of quick developments on Thursday, the NCB sleuths “visited” Ananya’s residence in Khar and summoned her for questioning and she was quizzed for over two hours.

While the Khan-Panday families are close to each other, the upcoming actress Ananya is friends with Aryan and his sister Suhana too.

Besides Aryan Khan, the NCB has so far nabbed 19 other persons as the cruise ship progresses at a quick pace, and more arrests are not ruled out, the sources said.

Meanwhile, the bail plea of Aryan Khan – in detention and custody for the past 21 days, currently lodged in the Arthur Road Central Jail – is slated to come up before the Bombay High Court on October 26.