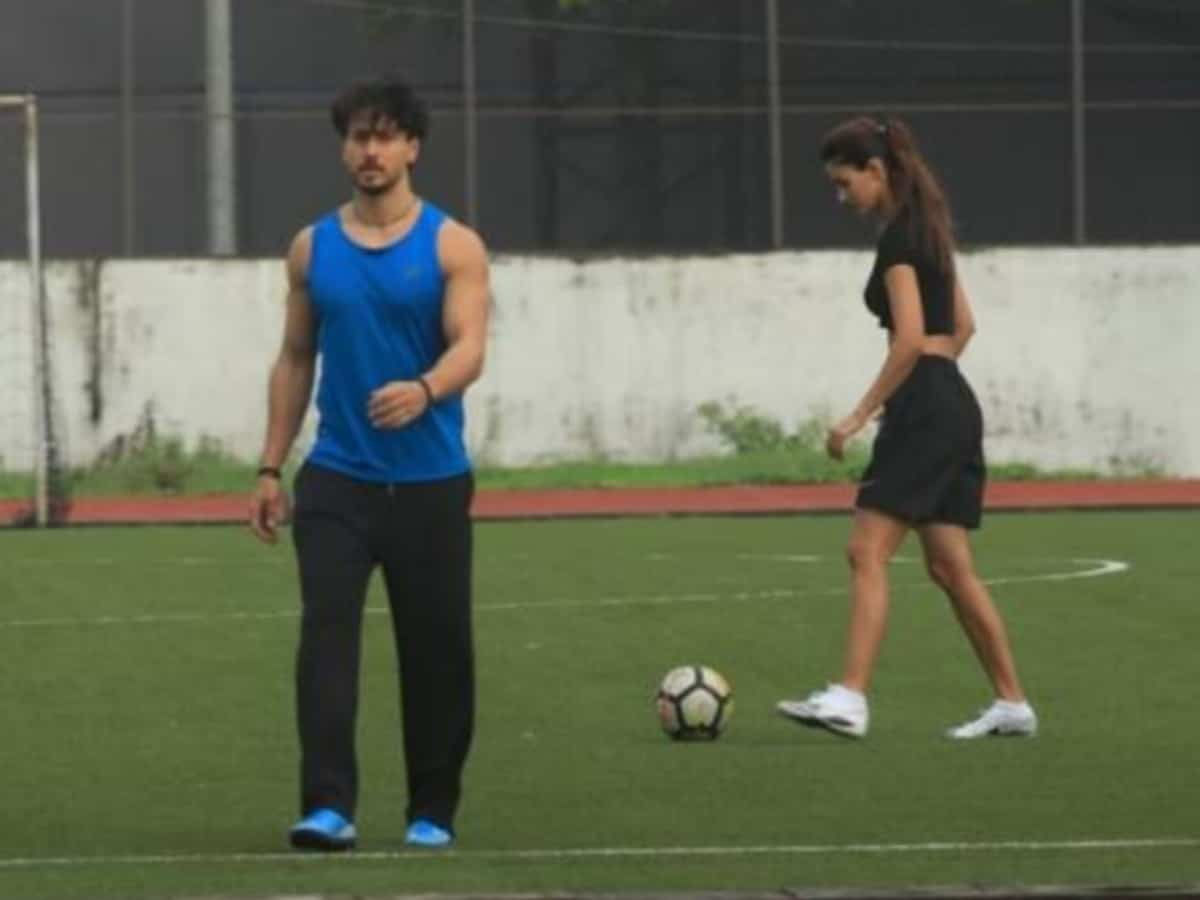 The two have also been seen doing other activities like engaging themselves in sporting activities. Recently the couple were seen together at a football ground in Bandra playing the game. Arjun Kapoor and Saif Ali Khan’s son Ibrahim Ali Khan was also seen in the pictures and videos that are circulating online. Have a look:

Tiger Shroff also took to his Instagram account to share a video of his football match in which he scored a goal despite having a muscle injury. Sharing the video, the actor wrote, “When your body cant keep up… pulled my muscle but didn’t miss after that luckily… thanks for the video @allstarsfc_pfh @walia_bunty.”

For the unversed, Tiger and Disha have been sparking dating rumours since way back when they appeared in the music video Befikra. They won the hearts of the audience with their crackling chemistry and fiery dance moves in the video. The rumours were fueled up after their onscreen amazing chemistry in Ahmed Khan’s Baaghi 2.

Meanwhile, on the work front, Disha Patani was last seen in Radhe: Your Most Wanted Bhai. She has Ek Villain sequel in her kitty. On the other hand, Tiger has Baaghi 4 and Heropanti 2 in the pipeline.