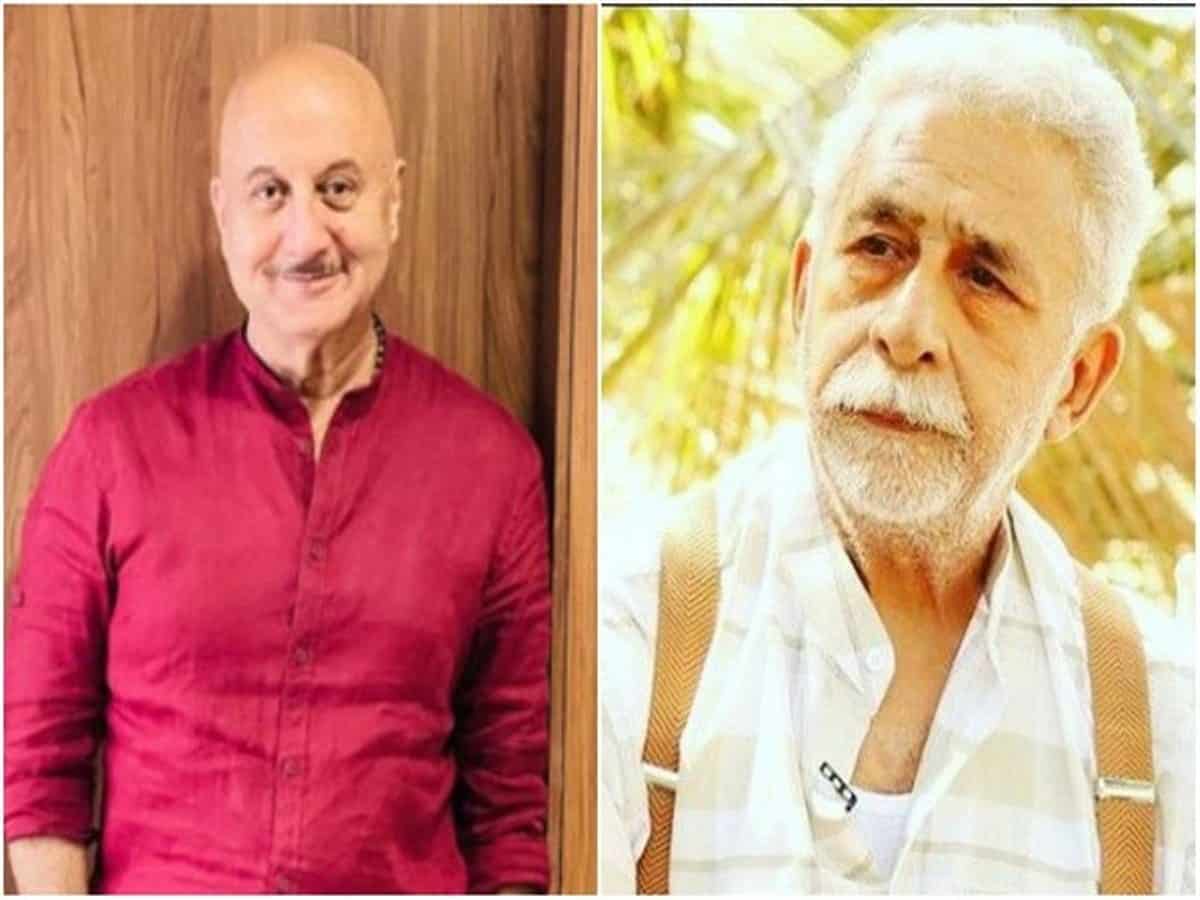 New Delhi: Veteran Bollywood actor Anupam Kher wished Naseeruddin Shah a quick recovery after the latter was hospitalised a few days ago for pneumonia. He is currently undergoing treatment in Mumbai’s Hinduja Hospital.

Anupam took to his Twitter handle and wrote, “Sir Naseeruddin Shah sahib!! Pneumonia is seeking importance so it has decided to stick with you for a couple of days. Give it a quick shake off and get well!! Looking forward to working with you since a long time. Take care of yourself! Prayers for your good health.”

This tweet especially comes as a surprise considering last year’s bitter row between the two of them.

In 2020, talking about Anupam’s pro-government stance on social media, Naseeruddin had called Anupam a sycophant and a ‘clown’.

Anupam, in retaliation, had released a long video on the comments, calling Naseeruddin a brilliant actor but added that he spent his entire life in frustration, despite great success.

Meanwhile, Naseeruddin’s condition is reportedly stable now. Earlier in the day, his wife and actor Ratna Pathak Shah had shared the former’s health update with ANI. She said, “It is a minor thing. A small pneumonia patch being checked and treated. Should be out soon.”

On the work front, the National Award-winning actor was last seen in the film ‘Mee Raqsam’. Naseeruddin was also a part of the hit web series ‘Bandish Bandits’, where he played the role of a classical musician. Movie buffs will next see him sharing screen space with actor Rasika Duggal in a short film.

On the other hand, Anupam, in May, had won the Best Actor award at the New York City International Film Festival for his short film titled ‘Happy Birthday’, adding a feather to his cap.

Apart from ‘Happy Birthday’, the veteran star has several other projects in the pipeline including ‘The Last Show’, ‘Mungilal Rocks’, and ‘The Kashmir Files’.