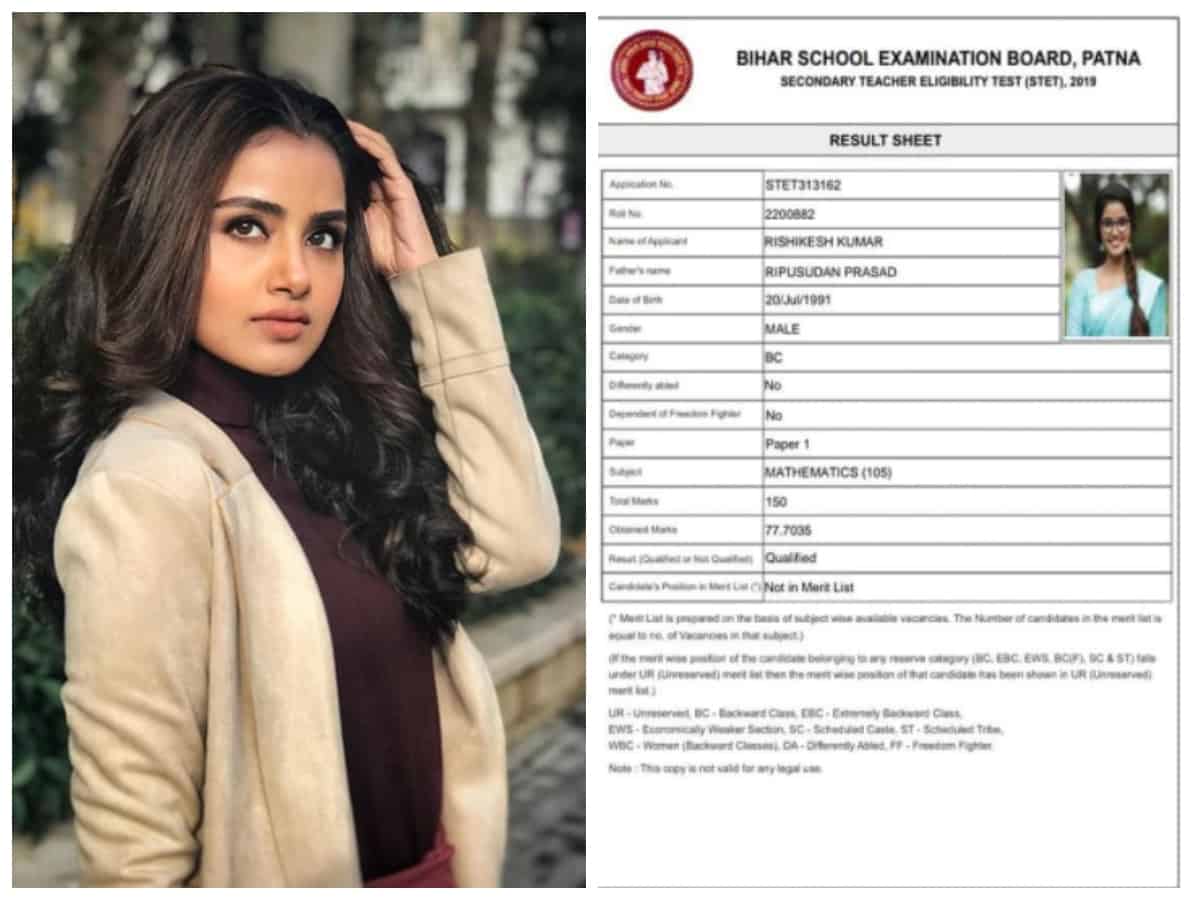 In a rather interesting incident, the merit list of Bihar Secondary Teacher Eligibility Test (STET)-2019 results show actress Anupama Parameswaran’s photo in place of student’s. The internet was left amused upon seeing the actress’s picture on the merit list.

The result sheet shows the actress photo and the video on the same has been shared by Rashtriya Janata Dal leader Ritu Jaiswal.

The viral result containing scores in three subjects Urdu, Sanskrit, and Science under Paper-1 of STET, 2019, is of a candidate named Hrishikesh Kumar, however, it has a picture of the Malayalam actress Anupama Parameswaran.

The STET 2019 results were declared in March 2021 but the scores of three subjects were not uploaded due to some technical issues.

After the picture of the result went viral, candidates who had appeared in the examination have started alleging that large-scale malpractices have been done in preparing STET results 2019. Tejashwi Yadav, the Leader of Opposition (LoP) in the Bihar Assembly has also questioned the administration and targeted the state government over the incident. He said that no vacancy in Bihar is being filled up without malpractices.

Responding to Yadav’s allegation against the Bihar government, the ruling Janata Dal (United) leader Ghulam Gaus said that “small mistakes keep happening”, especially when the results are being announced for a large number of students.

“The mistake will be rectified and we are trying our best to provide employment to a large number of people in the state,” he said.

Not so long ago, a similar instance took place in Bihar during an examination conducted by the Bihar Public Health Engineering Department. The third rank holder’s name appeared as bvcxzbnnb, s/o mggvghhnnnn.In 2019, Bihar had then released a provisional merit list of candidates for the recruitment over the post of junior engineer on its official website, phed.bih.nic.in.

According to the list, the maximum marks are obtained by Sunny Leone. It was mentioned that her father is Leona Leone and she belongs to the unreserved category. Later, it was confirmed to be a fake id.