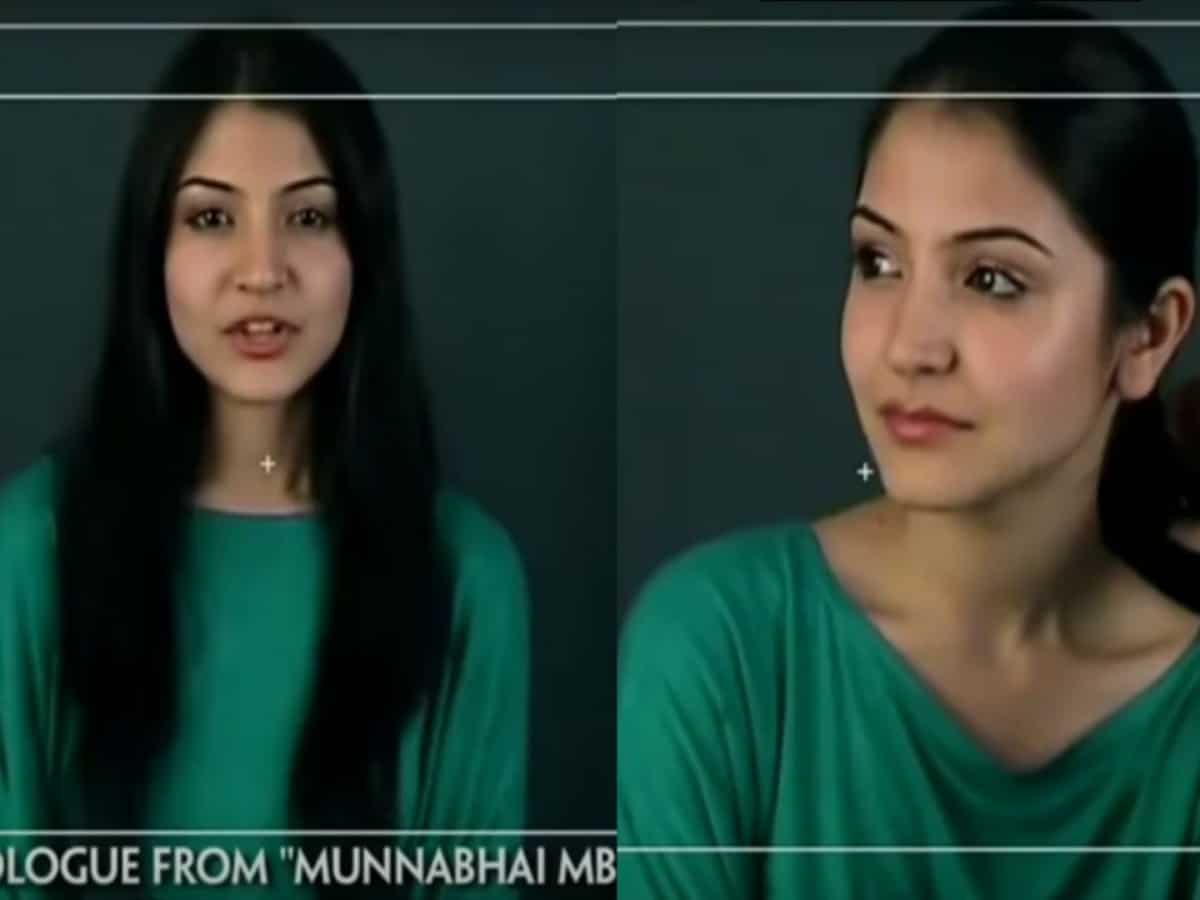 Mumbai: Actress Anushka Sharma, who made her Bollywood debut with Rab Ne Bana Di Jodi opposite superstar Shah Rukh Khan, has struggled like any other aspiring actor and had started her journey much before. She doesn’t belong to any filmy background and had no godfather waiting to launch her in showbiz.

Before her debut film, Anushka had auditioned for several films. But do you know, that the actress even tried her luck for Rajkumar Hirani’s 2009 hit 3 Idiots? Yes, you heard that right! An old video of Anushka auditioning for Aamir Khan starrer is going viral on social media.

The video shows young Anushka dressed in a green top and saying Gracy Singh’s monologue from Munnabhai MBBS. Fans are going gaga over it. Watch the video below:

3 Idiots co-starred Aamir Khan, R Madhavan, Sharman Joshi, Kareena Kapoor, Boman Irani and Mona Singh. It was based on Chetan Bhagat’s novel Five Point Someone: What not to do at IIT.

Anushka Sharma collaborated with Rajkumar Hirani and Aamir Khan for the film PK which was released in 2014.

Meanwhile, on the professional front, Anushka Sharma was Shah Rukh Khan-starrer Zero. She has not taken up any project since then but is actively delivering ventures under her production house Clean Slate Filmz, which she oversees along with brother and producing partner Karenesh Sharma.