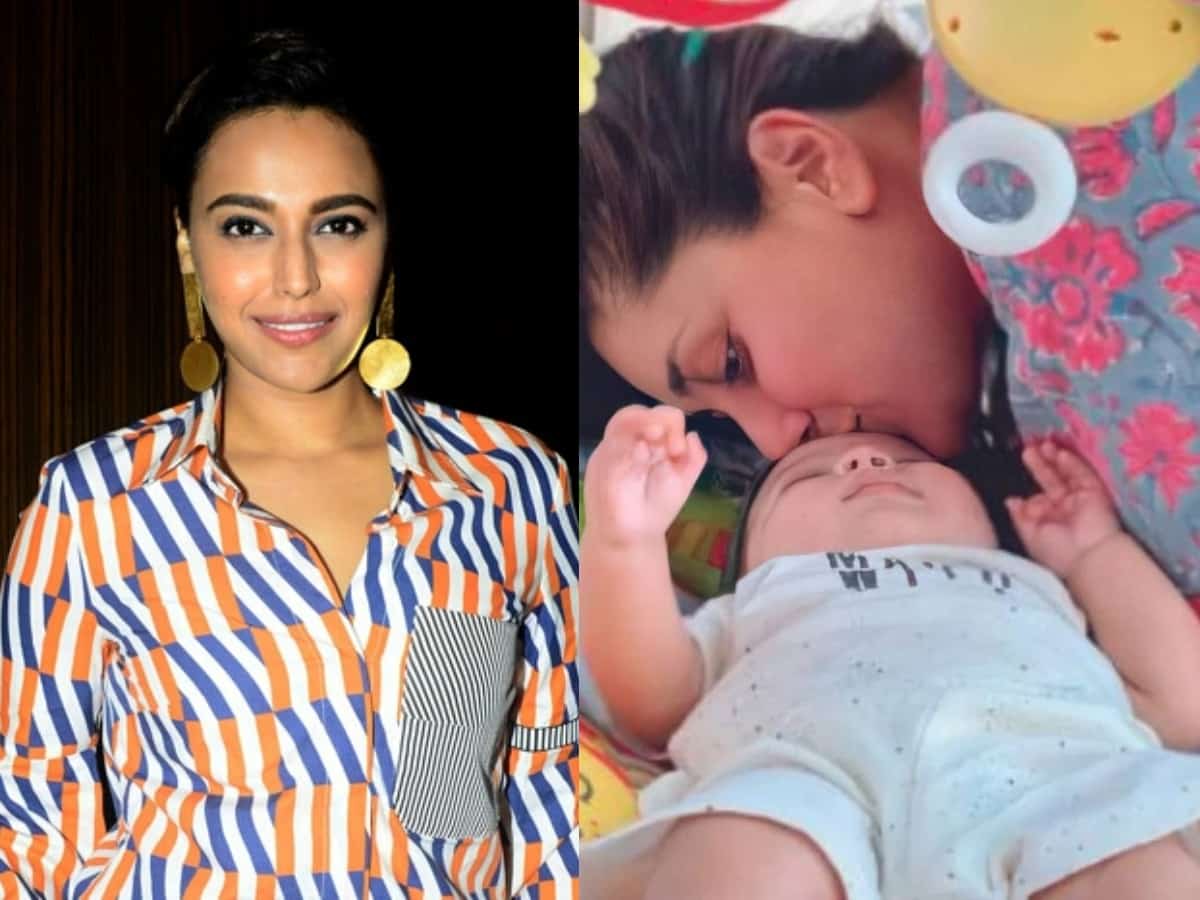 Mumbai: Actors Saif Ali Khan and Kareena Kapoor Khan welcomed their second son earlier this year in February. Bebo has reportedly revealed the newborn’s name as ‘Jehangir Ali Khan’ in her recently unveiled book Pregnancy Bible. Ever since the reports went viral, there has been a lot of discussion over it on social media, especially on Twitter.

The couple has been experiencing a lot of backlash from the netizens for naming their son after Mughal emperor. And now, actress Swara Bhasker has now tweeted in defence of both the stars.

Along with tweet, the Veere Di Wedding actress also added the hashtags ‘Jehangir’ and ‘mind your own business’.

Not just Swara, Saif Ali Khan‘s sister Saba Ali Khan too commented on the ongoing backlash. Taking to her Instagram Story, she shared a screenshot of a news story about Jeh’s name and wrote, “What’s in a name?” Love…live and let it be. Children are God’s blessings.” She added, ‘Jeh….jaan’.

Ever since news regarding the child’s name was out on Monday night, Twitter erupted with trolls and backlash for naming the newborn after the Mughal emperor.

On social media user wrote, “Jihadi Mughal Dynasty is being recreated in India this time not by invasion but by Love Jihad Indian resources used to create neo subversives. Names symbolise what they mean What has happened to Hindu girls who walk into the abyss of Love Jihad to produce neo jihadis.”

Another wrote, “1st Amrita then #KareenaKapoor become #KareenaKapoorKhan & now her son named #Jehangir & #TaimurAliKhan this is the way where Hindus going to lose its identity, next may be #Shahjahan & #Aurangzeb. #SaifAliKhan trying to revive #Mughal emperor. #SayNoToConversion.”