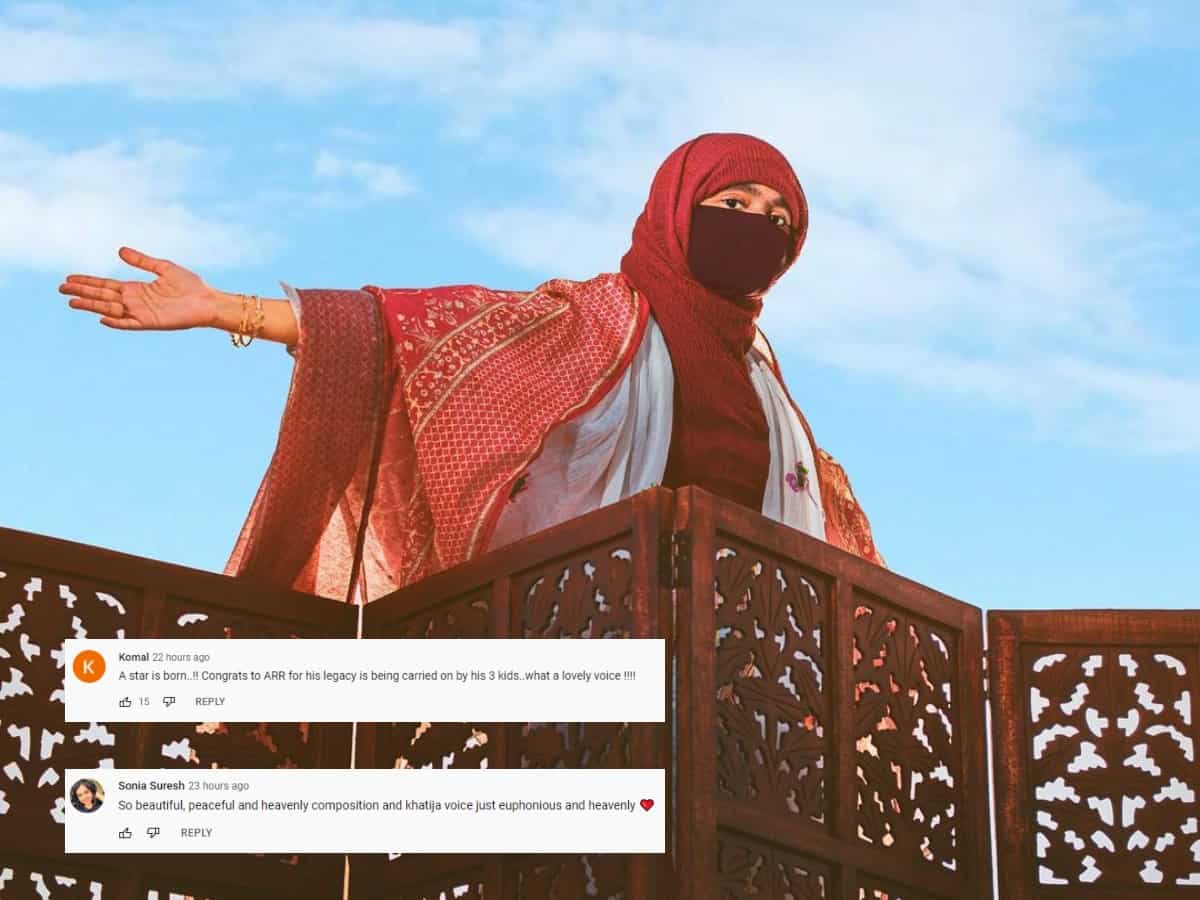 Mumbai: Oscar-winning music maestro AR Rahman’s daughter Khatija Rahman is winning hearts over her recent performance at Dubai Expo 2020. The 24-year-old singer along with 16-year-old pianist Lydian Nadhaswaram performed as a part of ‘Firdaus Orchestra’ on the occasion of World’s Children’s Day on November 20.

Khatija crooned her debut single, Farishton, which was composed by her father AR Rahman. Sharing the video of her magical performance on his YouTube channel, Rahman wrote, “For those of you who missed watching the performance of Farishton by Khatija Rahman and the Firdaus Orchestra, celebrating World Children’s Day, here it is for you. A big thank you to the whole team of Firdaus Orchestra and Expo 2020 Dubai for putting up such a phenomenal show!”

Her soulful and melodious voice has left the netizens in awe, who lauded and showered praises in the comments section. Many called her voice as ‘angelic’. One user wrote, “Heavenly composition Rahman sir and of course beautiful voice Khatija ji.. ❤️❤️❤️”. Another wrote, “What a brilliant and soulful composition! This deserves way more attention. Not to forget the angelic voice of Rahmans’ daughter.”

“A star is born..!! Congrats to ARR for his legacy is being carried on by his 3 kids..what a lovely voice,” wrote a third one. Check out what others are saying below:

Khatija Rahman made her music debut with Tamil blockbuster Enthiran in 2010 when she was just 14 years old. Her big start was followed by a few noteworthy collaborations including the one with Grammy-winner Ricky Kej. She started her musical journey as an independent singer with ‘Farishton’ which has recently won the award for the Best Animation Music Video at the International Sound Future Awards.