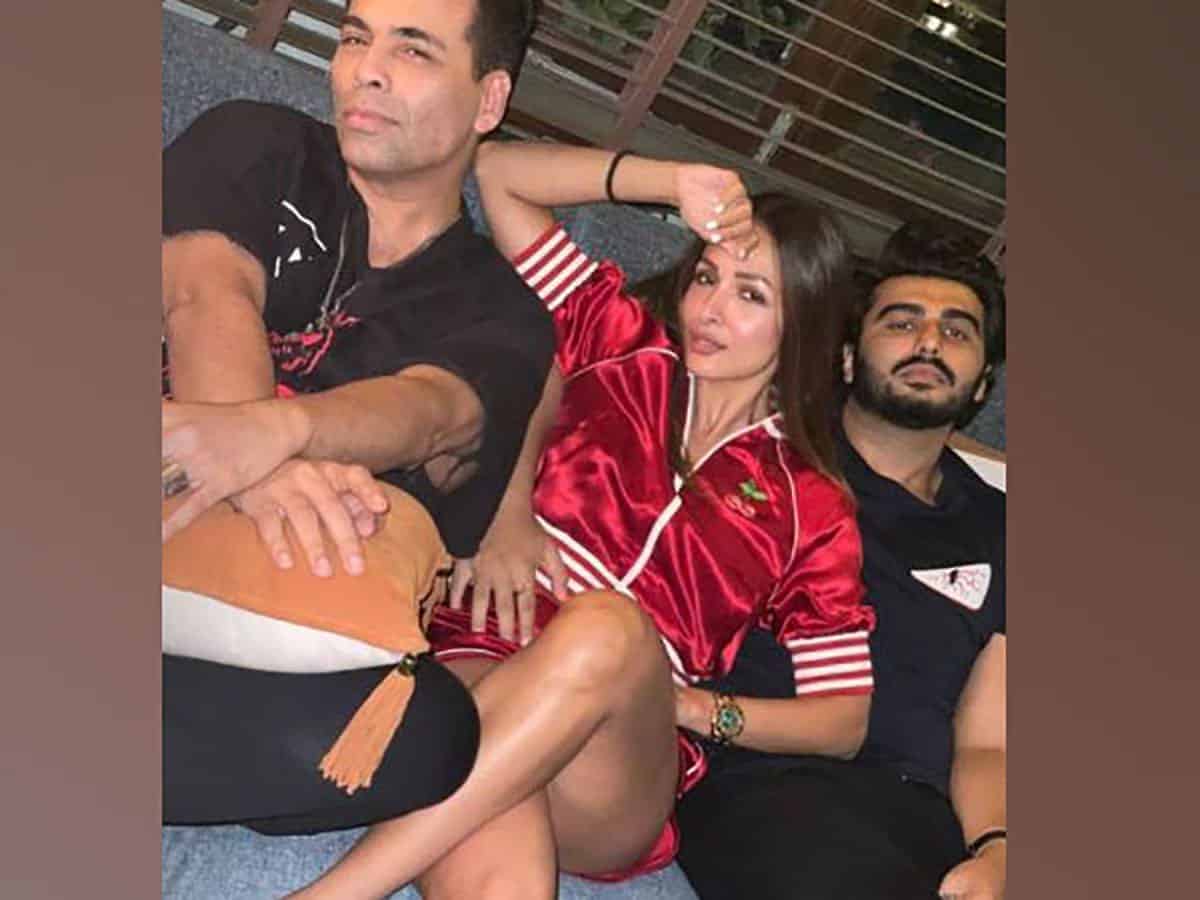 New Delhi: Bollywood celebrity couple Malaika Arora and Arjun Kapoor on Wednesday spent a fun evening as they partied with popular B-Town faces like Karan Johar, Karisma Kapoor, Gauri Khan, among others. Reportedly, it was a small get-together at Amrita Arora’s house.

Karan took to his Instagram handle and shared a few glimpses of the star-studded party. In one of the pictures shared by the filmmaker, Malaika and Arjun could be seen posing for the camera along with Karan. Arjun wrapped his arms around Malaika as the three were clicked chilling on the couch.
For the evening, Malaika kept it casual yet chick with her bright red co-ord set and completed her look with a pair of silver stilettos. Arjun, on the other hand, wore a blue t-shirt. Whereas, Karan wore a monochrome outfit.

Karan also posted a group photo posing with Karisma, Natasha, Malaika, and Amrita, along with the caption “Catchin up!”

Meanwhile, Karan in association with Cornerstone Agency recently launched a collaborative space to promote budding talent. The new venture is called DCA. This move has now made Dharma, the second Bollywood production house after Yash Raj Films to have a talent management wing.