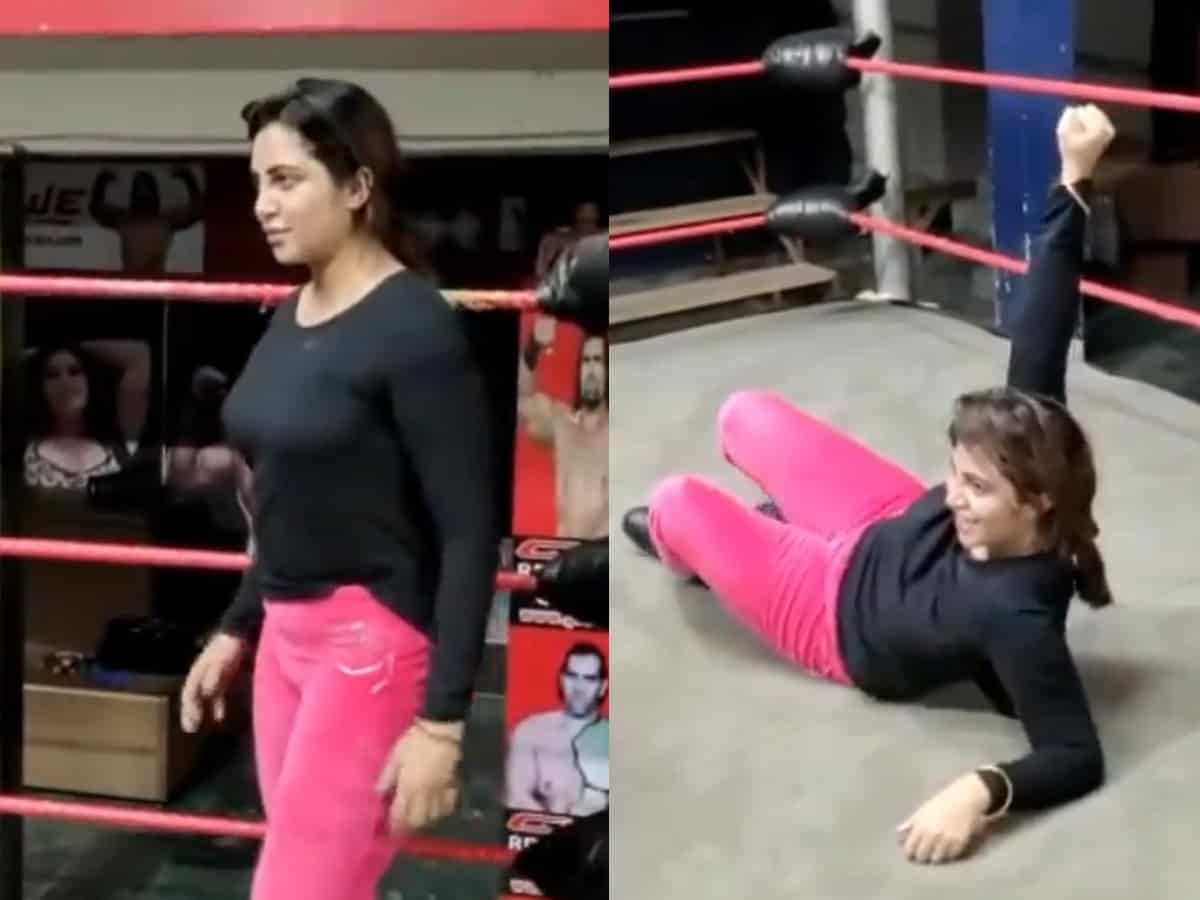 Mumbai: Bigg Boss fame Arshi Khan is an avid social media user. She treats her fans and followers with her daily routine glimpses almost everyday. Arshi loves to garner attention with her antics on social media and her latest video on Instagram proves the fact.

Arshi Khan is currently learning wrestling from The Great Khali in Punjab. On Thursday, she dropped a video of her rehearsal where she flaunted her skills and fought with a man in seconds, leaving him in pain. She managed to win the fight. Going by the clip, the video has been shot at CWE: Open Wrestling Academy.

Earlier, Arshi Khan spoke to IANS about learning the sport and said, “People were urging me to take back my decision to learn wrestling at this point in life. But Khali has made me strong enough to live a life of dreams. He made me trust myself and I feel blessed to find a new teacher in life.”

“Apart from wrestling, there is a lot more to learn from The Great Khali. The Great Khali is very much dedicated to India and its culture. I am getting to learn so many things with him,” she added.

Meanwhile, on the professional front, Arshi Khan, who rose to popularity with her stint Bigg Boss, is all set to make her Bollywood debut “Trahimam”.