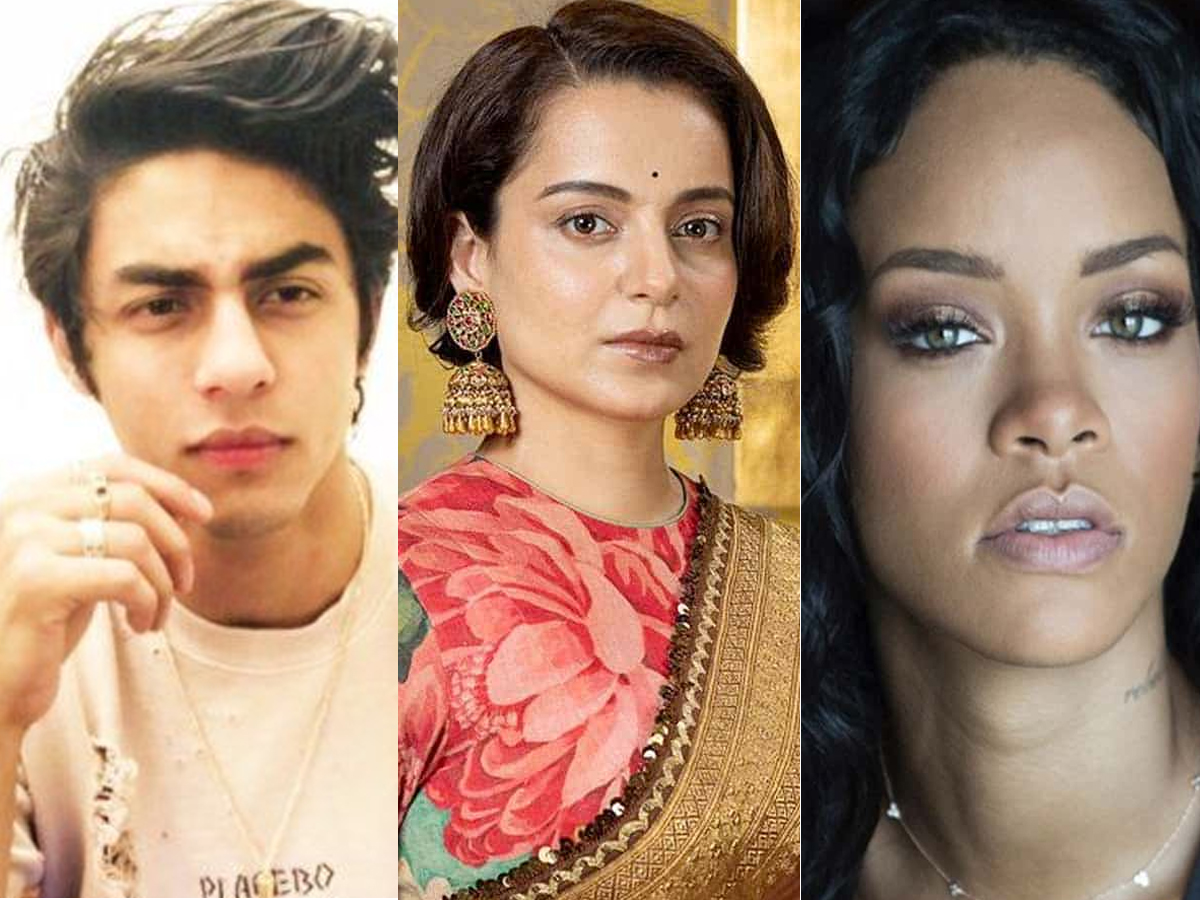 Mumbai: 2021 turned out to be yet another tumultuous year for the Hindi film industry, filled with controversies, FIRs, arrests, protests and trolling even as prominent personalities of Bollywood came under the scanner of central agencies like the Narcotics Control Bureau (NCB), Enforcement Directorate (ED) and the Income Tax Department.

The film industry faced resistance from all quarters, tackled multiple FIRs for the art it presented, found comedians landing in trouble for the jokes they cracked or were about to crack as film personalities found themselves in trouble for one thing or the other.

Superstar Shah Rukh Khan‘s 24-year-old son Aryan dominated headlines after he was arrested by the NCB in October following a raid on a cruise ship from which drugs were allegedly seized.

Aryan, who had successfully stayed away from media spotlight despite being a star-kid, suddenly came under national and international spotlight with the case.

Aryan was subsequently released on bail after spending 28 days at Mumbai’s Arthur Road Jail, but his time behind bars had led to a political storm outside.

Actor Ananya Panday, close friend of Aryan, was the only other Bollywood personality to appear before the NCB, after the central agency allegedly came across WhatsApp chats during its investigation against the latter, a stark contrast from last year, where a host of Bollywood stars, including Deepika Padukone, Sara Ali Khan, Shraddha Kapoor and Rakul Preet Singh were questioned regarding the alleged use of drugs in the film industry.

Filmmaker Anurag Kashyap, actors Taapsee Pannu and Sonu Sood were in the headlines after the Income Tax Department raided their premises.

While Kashyap, Pannu — both considered anti-establishment voices — came under the scanner in March, Sood was raided in September.

Meanwhile for Sood, the Central Board of Direct Taxes claimed the actor routed his “unaccounted income in the form of bogus unsecured loans from many bogus entities” after the IT department raided him and a Lucknow-based infrastructure group.

Sood, who had hit headlines during the lockdown for arranging free transport through rail, air and road for numerous migrant workers to reach their home states, said every penny in his foundation was reserved for the needy.

The two Bollywood personalities who came under the ED radar were Aishwarya Rai Bachchan and Jacqueline Fernandez.

While the 48-year-old actor was questioned in a case linked to the 2016 ‘Panama Papers’ global tax leaks case, Fernandez was quizzed in connection with a money laundering investigation involving alleged conman Sukesh Chandrashekhar and others.

Actor Shilpa Shetty also found her family in the middle of a storm after her businessman husband Raj Kundra was arrested in a pornography case in July and finally granted bail in September.

The actor, mother of two, was subjected to vicious trolling and intense media scrutiny, prompting her to post a statement on social media, requesting people to give the family privacy.

Bollywood, which had already faced a difficult year in 2020 as an industry, remained largely under trial this year as well with the audience and even political parties scrutinising every move it made.

The streamer and the show’s team had to issue an apology. They were eventually forced to omit the controversial sequences.

The grouse against the industry was not limited to films or series but also advertisements featuring stars like Aamir Khan and Alia Bhatt.

While the objections against Aamir’s ad for a tyre major, was for his advice to not burst crackers on the streets, Bhatt was trolled for the advertorial for a clothing brand about ‘kanyadaan’, which was dubbed “Hindu phobic” by the right wing.

Though such voices were largely limited to social media, things took a turn when Bajrang Dal activists allegedly assaulted filmmaker Prakash Jha and his crew while they were filming the third season of the series “Aashram” in Bhopal. The director was accused of portraying Hindus wrongly.

Actor-comedian Vir Das landed himself in trouble for his ‘I come from two Indias‘ monologue and faced multiple police complaints for his six-minute satire video. Similarly, the shows of comedians Munawar Faruqui and Kunal Kamra shows were cancelled in Bangalore.

Actor Kangana Ranaut was among those who called for a strict action against Das, in a year where she herself saw multiple police complaints and a suspension from Twitter.

Ranaut continued to attack anyone who was anti-establishment, including international pop star Rihanna, who had extended her support to the farmers’ agitation as well as Punjabi actor Diljit Dosanjh.

Rihanna, in February, had criticised the Internet shutdown at the protest site, by tweeting, “Why aren’t we talking about this?” To counter her single line tweet, prominent Bollywood stars and sports figures posted near identical tweets to talk about “half truths” and “prudence”.

In May, Ranaut’s Twitter profile was permanently suspended due to repeated violations of rules after the actor posted a series of tweets following the Mamata Banerjee-led Trinamool Congress’ win over the BJP in West Bengal and incidents of post-poll violence.

Months later in November, Ranaut, known for her often polarising inflammatory remarks, landed in more trouble when she declared that India attained “freedom” in 2014, when the Narendra Modi-led government came to power and described the country’s Independence in 1947 as “bheek”, or alms.