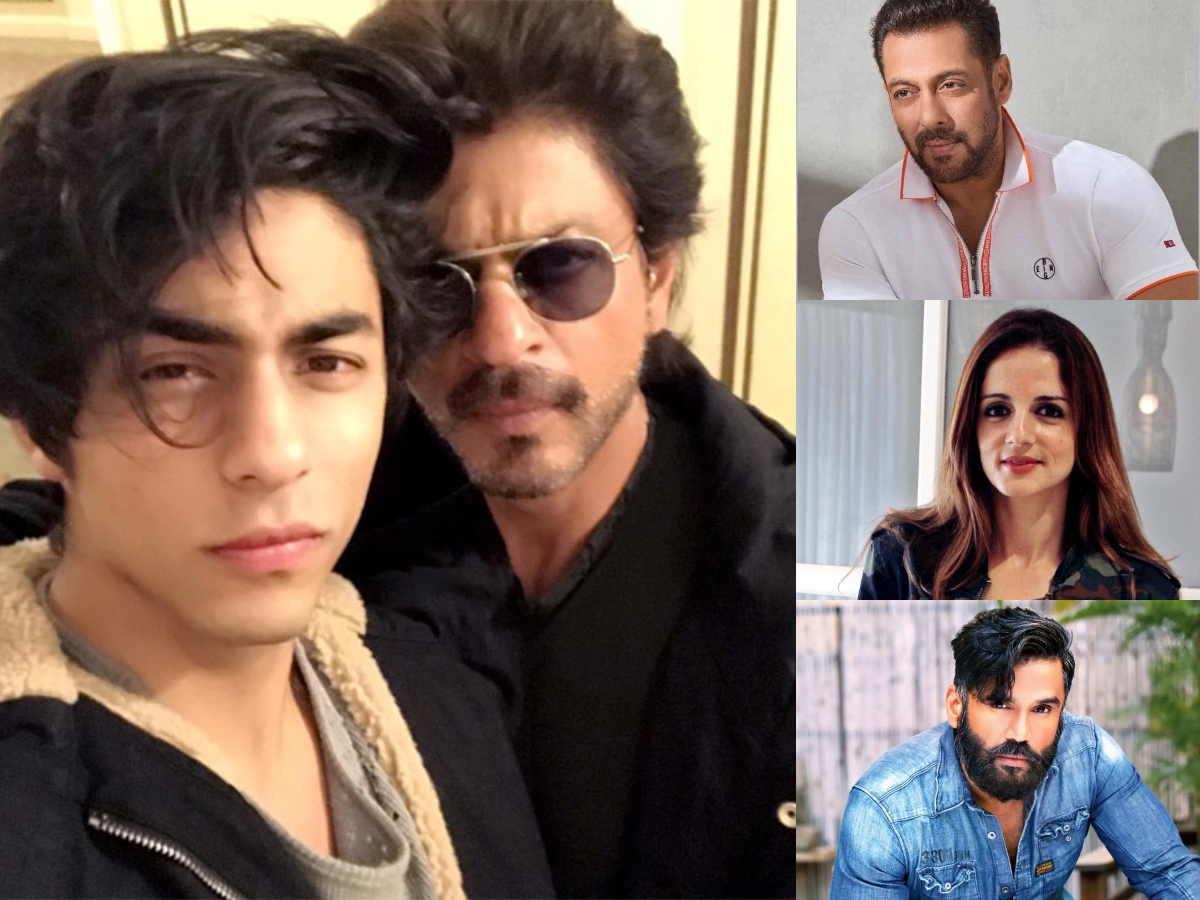 Mumbai: Several Bollywood celebrities are coming forward to lend their support to actor Shah Rukh Khan and his wife Gauri Khan ever since their son Aryan Khan’s arrest on Sunday. For the unversed, Aryan was arrested by the NCB officials on October 3 following the drug raid on cruise that took place on Saturday night, October 2. As per latest updates, the star kid will remain in custody till October 7.

As soon as the news of Aryan’s arrest broke, SRK’s friends from the industry visited his house, Mannat, to check on him. On Sunday, Salman Khan and his sister Alvira Agnihotri was spotted paying a visit at SRK’s residence.

Other celebrities including Pooja Bhatt, Sussanne Khan, director Hansal Mehta and others took to social media to voice their support for the Khans.

Hansal Mehta took to Twitter and wrote, “It is painful for a parent having to deal with a child getting into trouble. It gets compounded when people begin to arrive at judgements before the law takes its course. It is disrespectful and unfair to the parent and to the parent-child relationship. With you @iamsrk.”

On Sunday, Suniel Shetty also reacted to the news of Aryan Khan’s detention and said “let the boy breathe” and added that the investigation should take its course, and one shouldn’t jump to conclusions.

Calling the situation sad and unfair for the ‘good kid’, Hrithik’s ex-wife Sussanne Khan wrote, “I think this is not about Aryan Khan, as he was unfortunately at the wrong place at the wrong time, this situation is being made an example to drive home the excitement that some people get as they have a witch hunt on people from Bollywood. It’s sad n unfair as he is a good kid. I stand by Gauri n Shahrukh.”

On Monday Shashi Tharoor tweeted, “I am no fan of recreational drugs & haven’t ever tried any, but I am repelled by the ghoulish epicaricacy displayed by those now witch-hunting @iamsrk on his son’s arrest”