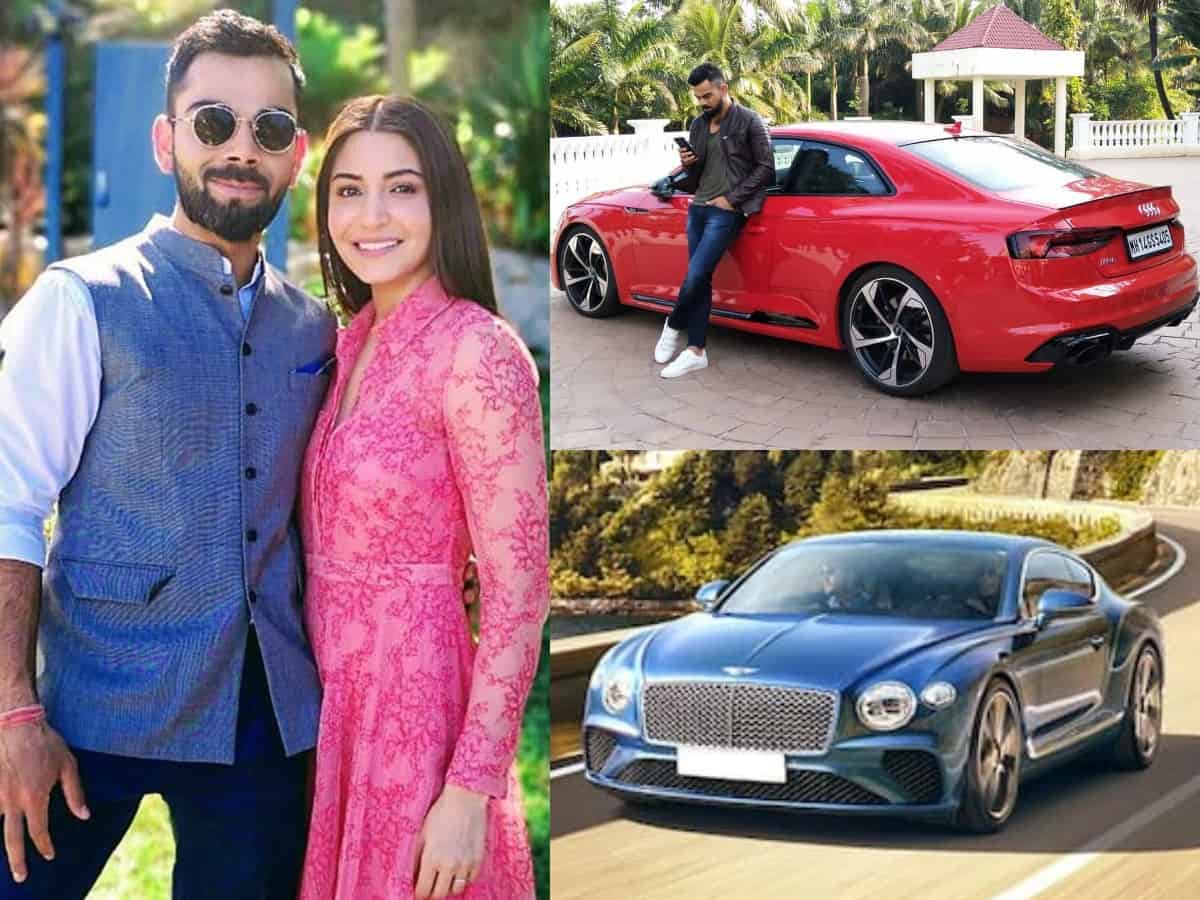 Mumbai: Anushka Sharma and Virat Kohli are no doubt one of the most popular, stylish and power couple in the world of both sports and entertainment. Anushka is one of the most finest and gorgeous actress of Bollywood and Virat continues to make India proud with his cricket captainship.

Their romance and later their Italian wedding had their fans going gaga about them. Anushka Sharma and Virat Kohli’s story began on the sets of a commercial shoot after which they fell in love, got married and welcomed Vamika together earlier this year. According to reports, their combined net worth is Rs 1200 crore.

With that kind of money in the bank, the stylish and rich couple Virat Kohli and Anushka Sharma are bound to have some luxurious cars in their garage that cost a bomb.

Here, let’s take a look at 6 of the most expensive and swanky cars the couple owns.

Virat Kohli purchased a Bentley Continental GT in 2018 which costs close to ₹3.8 crore. The Bentley reportedly remains parked in Delhi and is driven around by him when he visits home.

Anushka Sharma seems to be comfortable in her Range Rover Vogue SUV since she is spotted in it a lot. This highly luxurious SUV costs Rs 2.08 crore and above.

The Indian cricketer added another luxurious vehicle Bentley Flying Spur to his garage in 2019. This car is paradise for any car enthusiast and costs around ₹3.74 – ₹3.97 Crore

Being the brand ambassador of a luxury car brand has its own advantages and the Audi RS5 is one such perks. It was gifted to him by the company. This car costs ₹1.11 crore in India.

BMW’s flagship luxury sedan, the 7 Series is Anushka’s other car. Her 7 is the latest generation and was gifted to her by the Vogue magazine.

Virat Kohli owned Audi Q7, much before becoming the brand ambassador of luxury car in India. According to reports, the Audi Q7 is priced between ₹73 lakh and ₹85 lakh in today’s market.