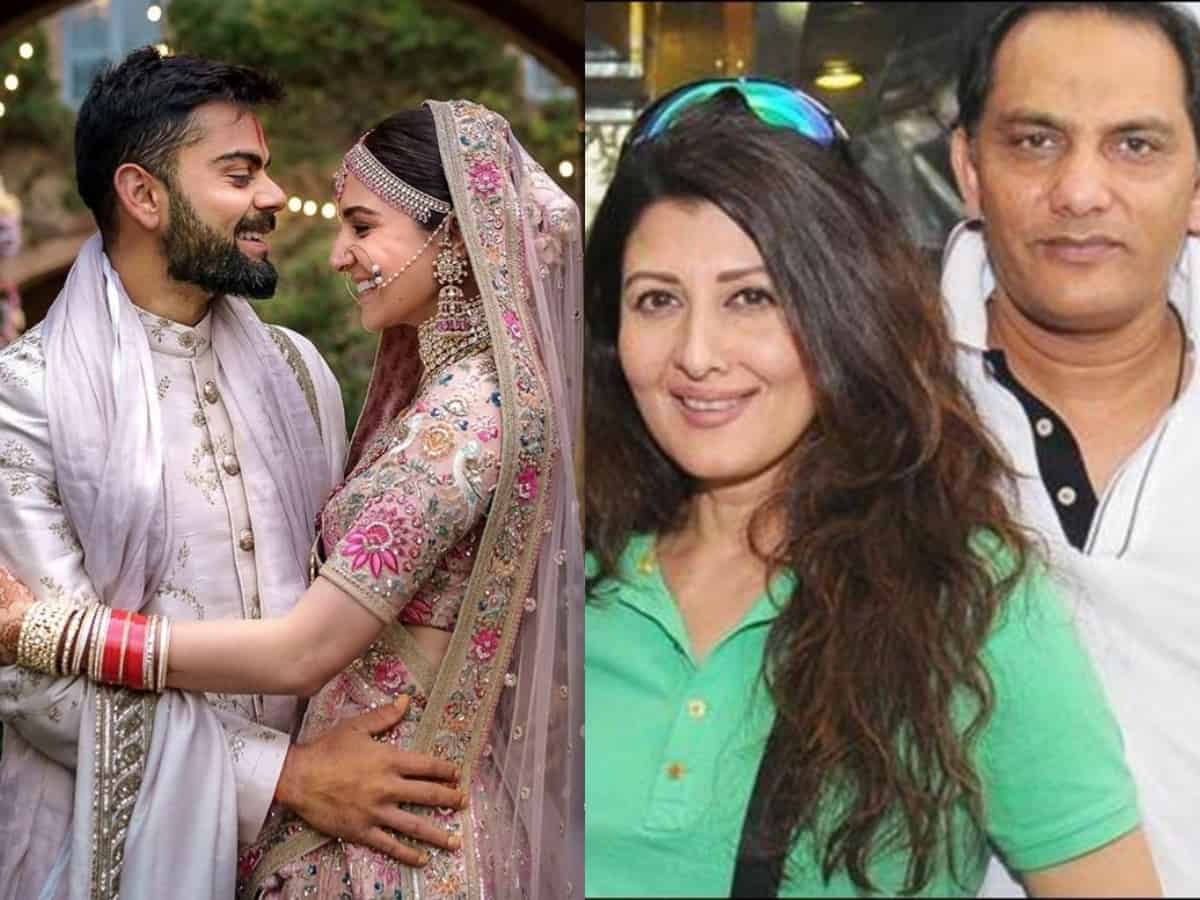 Mumbai: Entertainment and sports industries go hand in hand. The two most followed industries have been the prime sources of entertainment for many Indians since ages. The relationship between cricketers and actresses trace right back to the time when Mansoor Ali Khan Pataudi fell head over heels for Sharmila Tagore. Not just this, we often see cricketers attending launches and Bollywood actors being present at the matches.

Over the years, many star Indian cricketers have married gorgeous Bollywood actress. Let’s have a look.

After dating for several years, Anushka Sharma and Virat Kohli got married in in Venice, Italy in December 2017. The couple welcomed their daughter Vamika in January this year.

After dating for almost eight years, actress Geeta Basra tied knot knot with cricketer Harbhajan Singh in 2015. The couple are parents to their daughter Hinaya Heer Plaha and son Jovan.

Former captain and batsman Mohammed Azharuddin married Bollywood actress Sangeeta Bijlani in 1996. Due to irreconcilable differences, they both got separated in 2010.

Cricketer Yuvraj Singh and Hazel Keech got engaged in 2015 on a beach in Bali and married in 2016. The two had tied the knot last year according to Sikh wedding rituals in Chandigarh