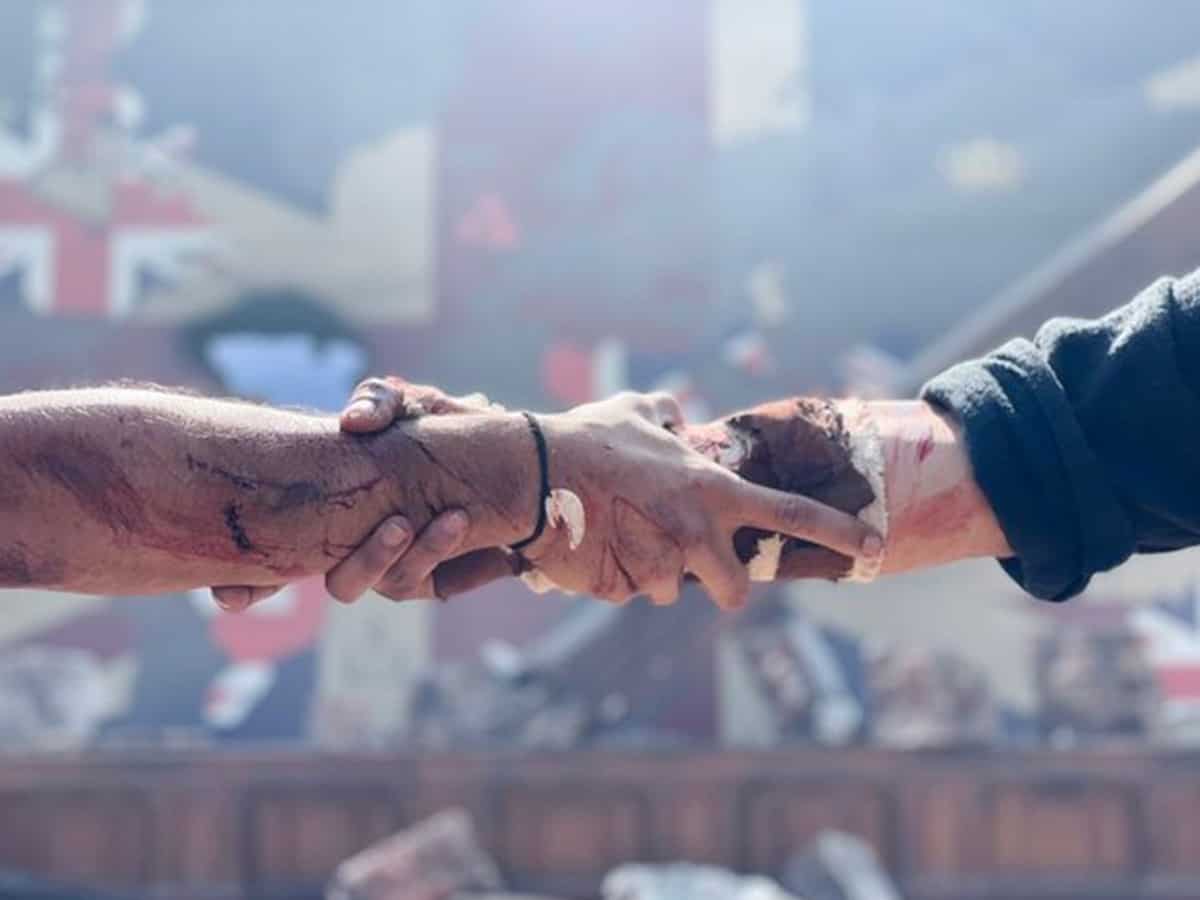 New Delhi: Sharing a picture from the sets of his upcoming film ‘RRR’, the ‘Baahubali’ filmmaker SS Rajamouli on Tuesday revealed that he is currently shooting for the climax of the much-anticipated film.

Rajamouli on Twitter shared a glimpse of the climax of the film with a picture that sees the hands of the two main characters of the film – Ramaraju and Bheem.

“The CLIMAX shoot has begun! My Ramaraju and Bheem come together to accomplish what they desired to achieve… #RRRMovie #RRR,” Rajamouli tweeted along with the picture.

Helmed by magnum opus ‘Baahubali,’ director SS Rajamouli and produced by DVV Danayya, the film will release in multiple languages.