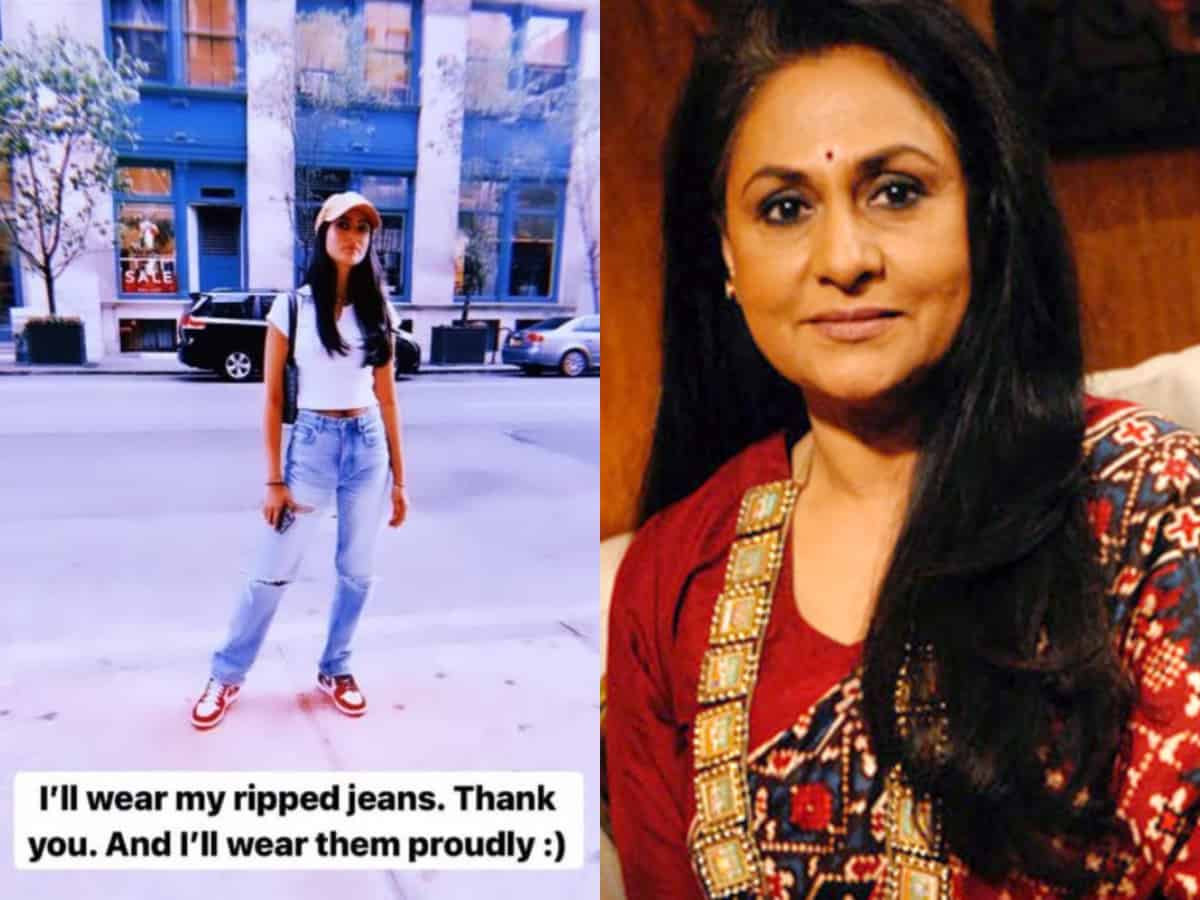 Mumbai: Uttarakhand’s newly announced chief minister Tirath Singh Rawat’s ‘ripped jeans’ comment has created an uproar across the nation and has been drawing flak from all sides. And now, actor-politician Jaya Bachchan reacted to the controversy saying that ‘this was the mindset that encouraged crimes against women.’

Rawat created a stir on social media after he criticised women who wear ripped jeans, questioning their ability to be the right parents for their children.

Speaking to ANI, Jaya Bachchan said, “Those in higher posts must think and make public statements. You say such things in today’s times, you will decide who’s cultured and who’s not based on clothes? It’s bad mindset and encourages crimes against women.”

Jaya’s grandaughter Navya Naveli Nanda too responded to Rawat’s remark. Taking to Instagram, Navya shared photos where she is wearing ripped jeans and wrote, “Change your mentality before changing our clothes because the only thing shocking here is the message comments like this send to society.”

In the next story, the youngster posted a picture of herself wearing a ripped jeans. “I’ll wear my ripped jeans. Thank you. And I’ll wear them proudly,” Navya wrote, captioning the photo.

The Uttarakhand chief minister said due to a lack of values, youngsters these days follow strange fashion trends and consider themselves to be big shots after wearing jeans ripped at the knees, while women also follow such trends. He also said that if youngsters don’t find the ripped jeans in the market, they cut their jeans using scissors.

You shouldn’t look like homeless beggars in ripped jeans: Kangana

The CM made the remarks while speaking at a workshop organised by the Uttarakhand State Commission for Protection of Child Rights in Dehradun on Tuesday.