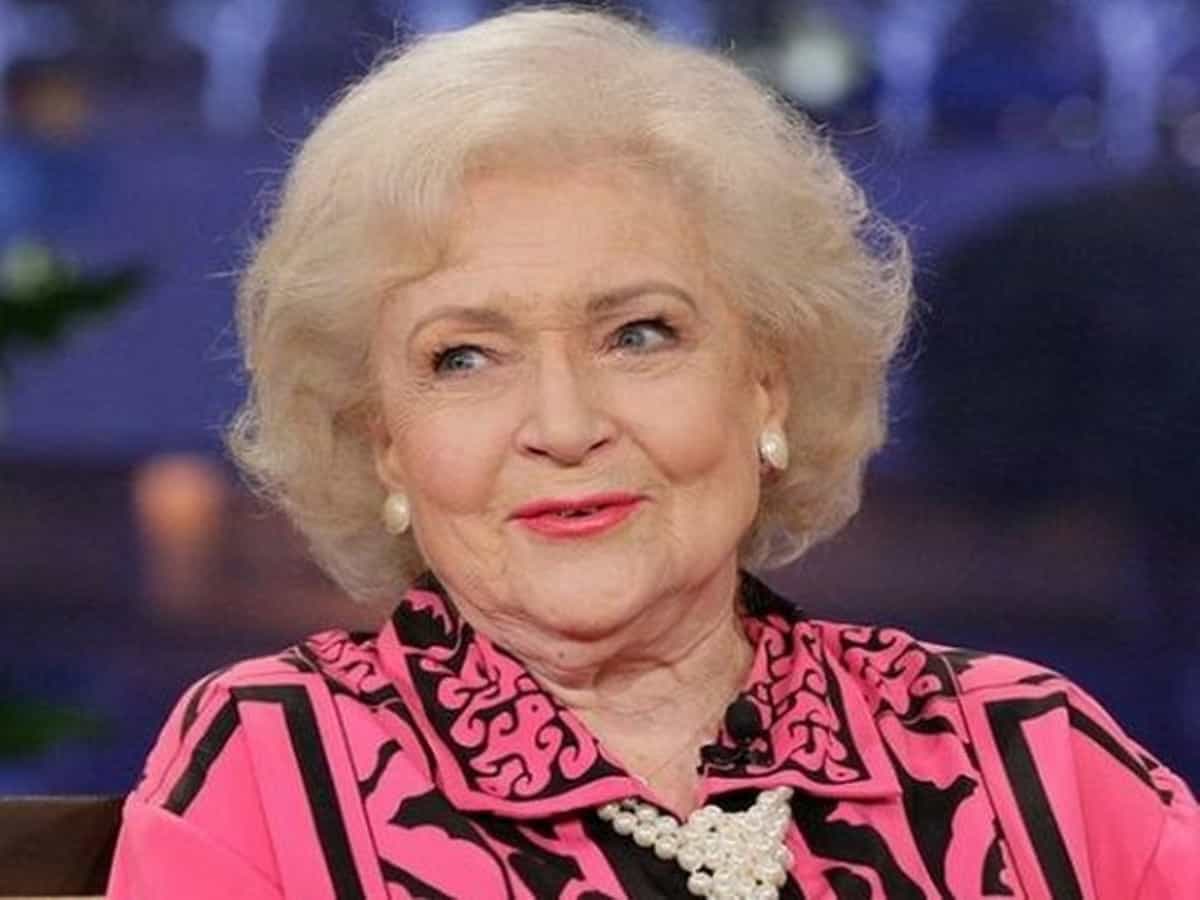 Washington: Despite veteran actor and comedian Betty White’s death, the star-studded film event that was planned to mark her 100th birthday will still be released as planned.

People magazine had confirmed that White died on Friday at age 99, just two weeks before she would have celebrated her centennial year.

The producers of the movie special ‘Betty White: 100 Years Young’ said in a statement provided to the outlet that they “will go forward” with their plans to release the film on what would have been her 100th birthday, January 17, 2022.

“Our hearts mourn today with the passing of Betty White. During the many years we worked with her, we developed a great love and admiration for Betty as a person, and as an accomplished entertainer,” Steve Boettcher and Mike Trinklein said in a statement.

He added, “We are thankful for the many decades of delight she brought to everyone. Betty always said she was the ‘luckiest broad on two feet’ to have had a career as long as she did. And honestly, we were the lucky ones to have had her for so long.”

The statement concluded, “We will go forward with our plans to show the film on January 17 in hopes our film will provide a way for all who loved her to celebrate her life, and experience what made her such a national treasure.”

The film’s description read, “You’ll experience Betty’s funniest moments on ‘The Golden Girls’, hosting ‘Saturday Night Live’, ‘Hot in Cleveland’, ‘The Proposal’, ‘The Mary Tyler Moore Show’, and a lost episode from Betty’s very first sitcom. Plus Betty reveals inside stories of her amazing life and career. This is a special one-day-only event; the party awaits.”

“Hello, I’m Betty White. I feel so fortunate to have had as great a career as I’ve had for as long as I have,” the icon says in a trailer for the movie celebration.

Several stars were then shown saying her name, including Reynolds, Burnett, Bertinelli and the late Alex Trebek. “It’s just the magic of Betty White, not everybody has that,” Bertinelli adds at the end of the clip.

Ahead of her centennial year, in January, White opened up to People magazine about how she was feeling about turning 100 years old.

According to White, being “born a cockeyed optimist” was the key to her upbeat nature. “I got it from my mom, and that never changed. I always find the positive,” she said.

Of course, the actress also cracked a joke about the secret to her long life, telling, “I try to avoid anything green. I think it’s working.”