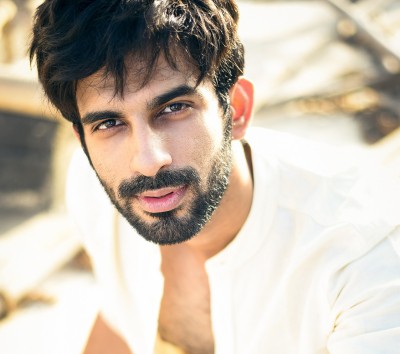 Mumbai, Jan 29 : Actor Ankit Siwach shot to fame with roles on TV shows such as Rishton Ka Chakravyuh, Manmohini and Beyhadh 2, and is now excited about his upcoming Bollywood debut. Ankit says it can get difficult for television actors to get a break in Bollywood or even web films.

“It all depends on what approach an actor has towards his or her skill development. TV cannot be a medium for the usually subtle projects in films and web. The makers are apprehensive while making cast selections because of the long-running image of characters on TV. This becomes a hindrance. There are difficulties in being approached for films or the web while doing a TV show. But then, we have seen many cases where TV actors have shown their mettle and not only survived, but also ruled the film industry,” Ankit tells IANS.

His Bollywood debut Banaras Vanilla is a romantic drama directed by Sumit Mishra. “The film has been completely shot in Banaras. It is a magical city and its essence is enough to energise a film. The film has a unique story that touches aspects of the city and is set in the nineties. My character is a simple village boy who is dedicated to his work, loves his city and his clients,” says Ankit, adding that the release details of the film would be officially announced soon.

Having worked long enough in television and now gaining experience of the filmmaking process, Ankit shares his opinion on the difference of shooting for the two mediums.

“There is a huge difference between the two mediums, from the shooting pattern to the freedom of performance. The two mediums cater to audiences differently. The biggest difference is that films are script-bound and have starting and end points, mostly maintaining logic, realism, characters and subtexts in the plot. TV is completely opposite. It is a delivery-based medium. One can’t expect much of pre-planning, execution and logic when there are heavy deliveries to be met everyday. TV is a very difficult medium to work in, it demands blood sweat and toil on a daily basis, while a film may be a smooth sail most of the time,” he says.