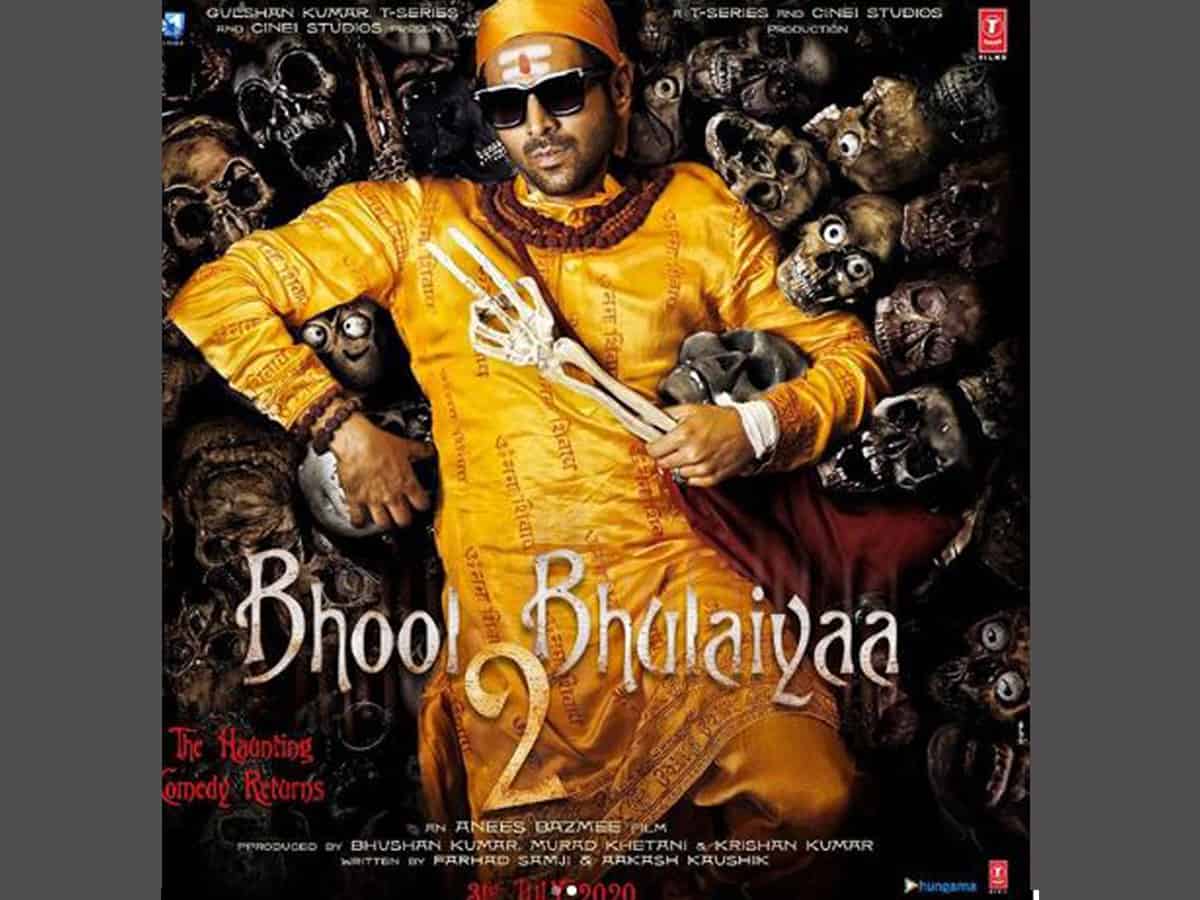 Mumbai: Filmmaker Anees Bazmee’s latest release ‘Bhool Bhulaiyaa 2’ has entered the Rs 100 crore club with the movie minting a total of Rs 109.92 crore on completion of two weeks of its release.

The film, which stars Kartik Aaryan, Kiara Advani, Tabu and Rajpal Yadav among many others, had a bumper opening on its first day of release as it collected Rs 14.11 crore. It was the biggest from any Hindi film this year, beating other projects like ‘Gangubai Kathiawadi’, ‘Jayeshbhai Jordaar’, among others.

Trade analyst Taran Adarsh shared that the film has now hit the double digits on its second Saturday run.

The family entertainer touched a huge milestone and earned Rs 11.35 crore. on Saturday. It’s week one total earning was Rs 92.05 crore. On its second Friday, the horror-comedy raked in Rs 6.52 crore while on the second Sunday it made Rs 11.35 crore.

Kartik is currently touted as a superstar by many critics and the audience for delivering the blockbuster of the year and is all set to impress fans with more interesting projects in his lineup including ‘Shehzada’, ‘Captain India’, ‘Freddy’ and Sajid Nadiadwala’s untitled next.