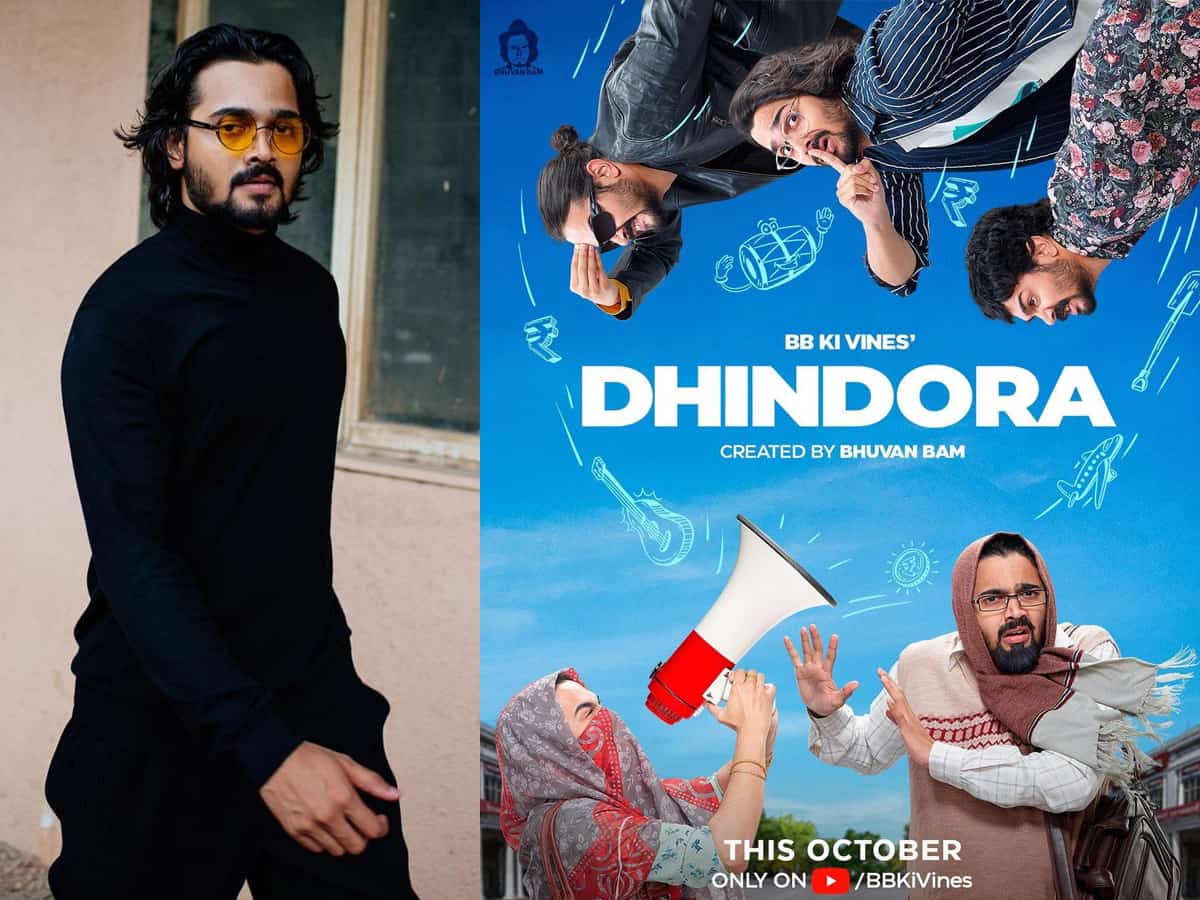 Talking about the series, Bhuvan said: “We first conceptualised Dhindora in 2017. Seeing it come to life now, is a surreal moment for all of us. It is the story of an ‘aam aadmi’ and his journey, when certain incidents happen to him and how everyone connected to him responds to these.”

In the series spanning over eight episodes, Bhuvan will be seen essaying nine characters from his YouTube channel ‘BB Ki Vines’.

“Playing Titu Mama was my favourite, but prepping for Jaanki Ji’s character was the toughest. All in all, these characters are real life inspirations for me in some form or the other, and I’m grateful to be able to bring their stories to life via the show,” he added.

Directed by Himank Gaur and produced by Rohit Raj, ‘Dhindora’ will release on BB Ki Vines YouTube channel this month.