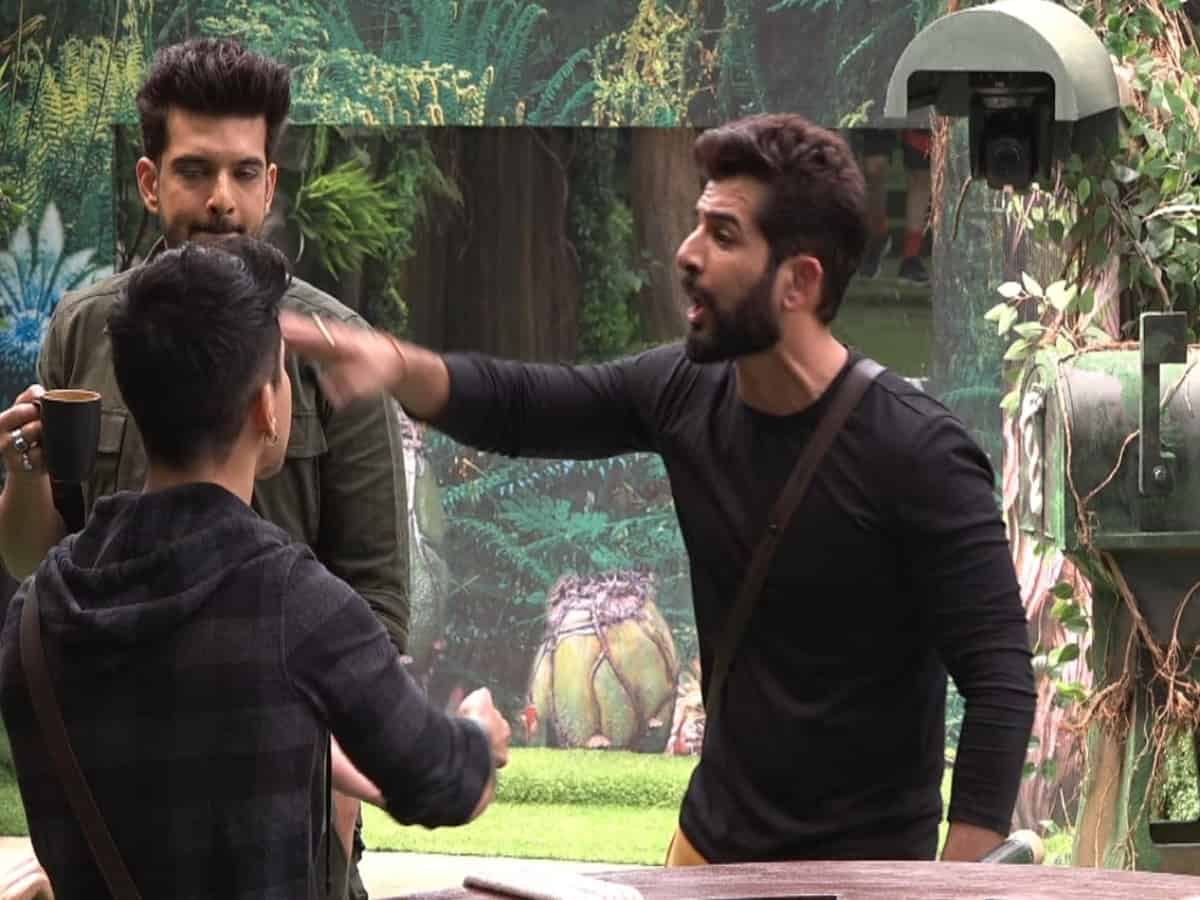 Mumbai: It’s just day 3 of the controversial reality show Bigg Boss 15 and audience are already witnessing some high voltage drama and ugly fights. The makers of Salman Khan‘s show on Monday shared a promo of today’s episode, which shows the ruckus created inside the house after Pratik Sehajpal lost his cool over Jay Bhanushali.

It all started after Pratik hid the map given by Bigg Boss to ‘junglewasis’. The map was important for the contestants to survive in the jungle area for the next few days. All the Junglewasis decide to find the map and go to the main house. They pick up the sofa, blankets and beds in search of the map.

While Jay is looking out for the map, Pratik stops him and a fight breaks out between them. Jay ends up abusing Pratik and the latter grabs him by collar. Following the same, Pratik nearly had a physical altercation with the TV actor. Later on, the Bigg Boss OTT finalist got aggressive and broke a glass door of the Bigg Boss 15 house.

However, makers of the show had deleted promo on social media later. It is now being circulated online. Watch it below: