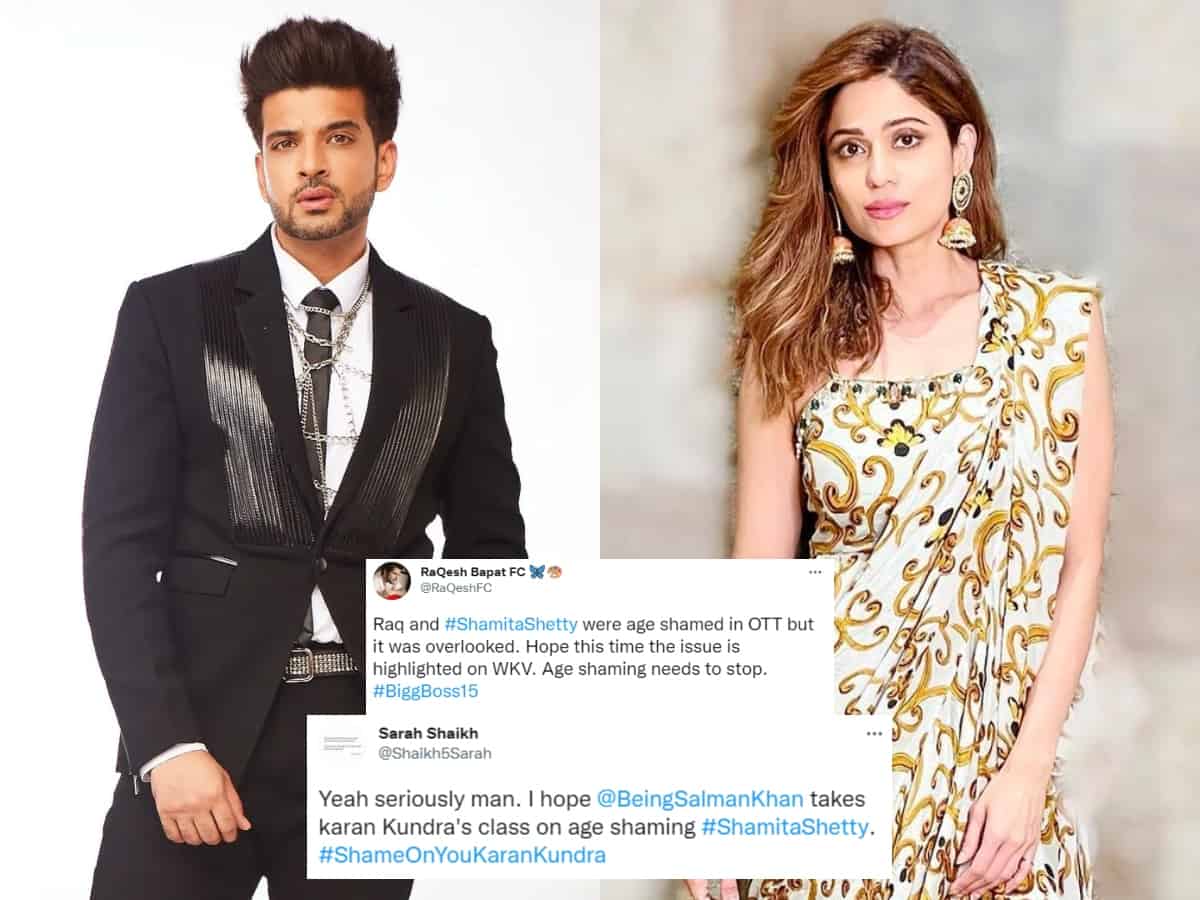 Mumbai: Bigg Boss and controversies go hand in hand. With an exciting theme this time around, viewers are thoroughly enjoying the fiery encounters between the inmates. It’s just day 4 of Salman Khan-hosted Bigg Boss 15 and viewers are already witnessing some high voltage drama and entertainment.

In considerably one of the biggest and ugliest fights in the history Television, Pratik Sahajpal and Jay Bhanushali exchanged a few words, held on to each other’s collars and even pushed each other and ended up shattering the glass divider.

This intense battle between them was tried to be stopped by everyone and Shamita had her way of doing the same.

That for some reason irked Karan. Following the fight in a discussion with Nitish and Pratik, Karan Kundra went on to say that Shamita had called them “classless” for having involved themselves in the spat.

He went on to address her as “aunty” and that comment of his didn’t bode well with the netizens. They have been trolling him badly and he stands accused in the court of social media for “age-shaming” Shamita Shetty. Check out how netizens are reacting on Twitter: