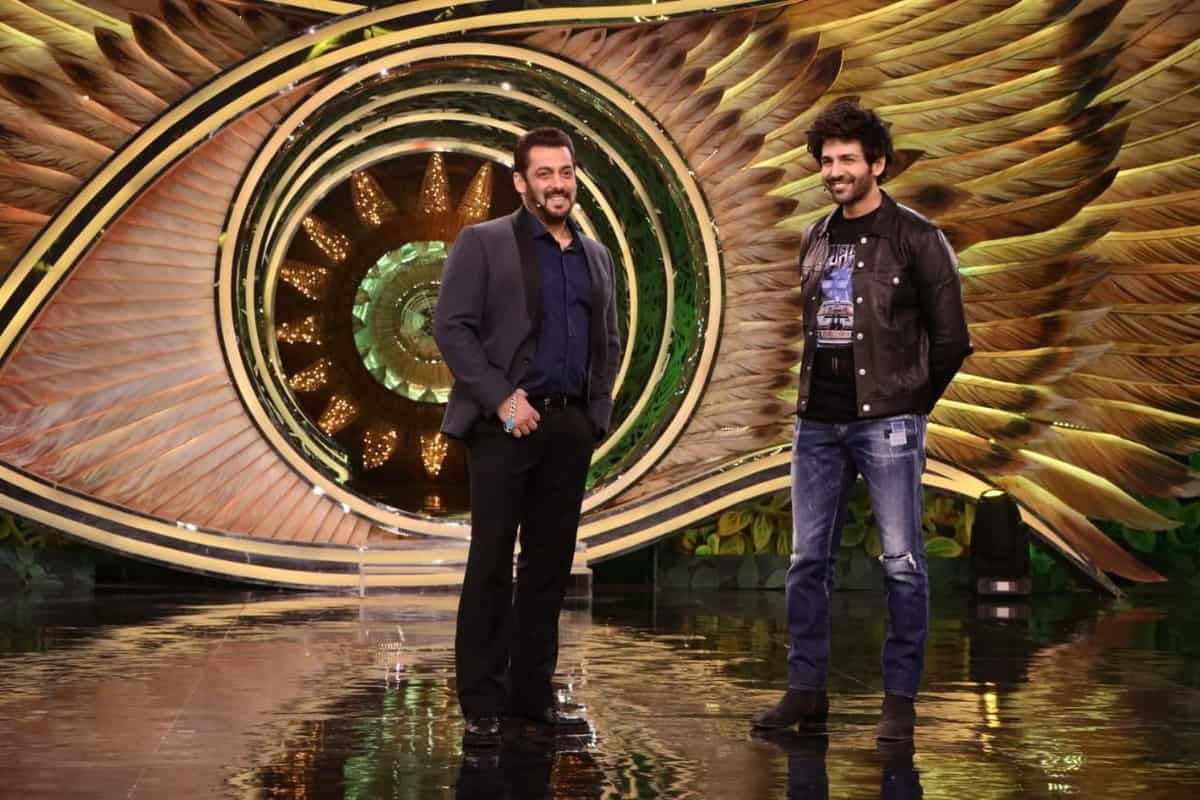 Mumbai: Kartik Aaryan has been keeping busy with the promotions of his upcoming action thriller ‘Dhamaka’. Continuing the promotional spree, the actor recently visited the ‘Bigg Boss 15’ sets.

The actor was left pleasantly surprised to find a fan in none other than the ‘Bhaijaan of Bollywood’ Salman Khan. The ‘Dabangg’ actor heaped praises on Kartik for his choice of projects.

Salman said, “Feels good that you are doing such wonderful films Kartik. Your choice of films have started getting better, earlier too you did good films but your choices have gotten better”.

‘Bigg Boss 15’: Raqesh Bapat pens an emotional note for fans after his exit

Kartik and Salman spoke on a range of subjects as the two had an amazing time together on the sets. From rapid fire questions, to identifying real news from fake ones, to industry talks, the actors shared a good rapport and gave the audiences a lot of reasons to laugh.

Talking about ‘Dhamaka’ the film directed by Ram Madhvani of ‘Neerja’ fame, features Kartik as a journalist. It shows how being over-ambitious can lead to dangerous consequences.

Recently, the makers released the song ‘Khoya Paya’ from the film which showcases Kartik questioning his own actions.

The film which also stars Mrunal Thakur and Amruta Subhash is all set to stream on Netflix from November 19.