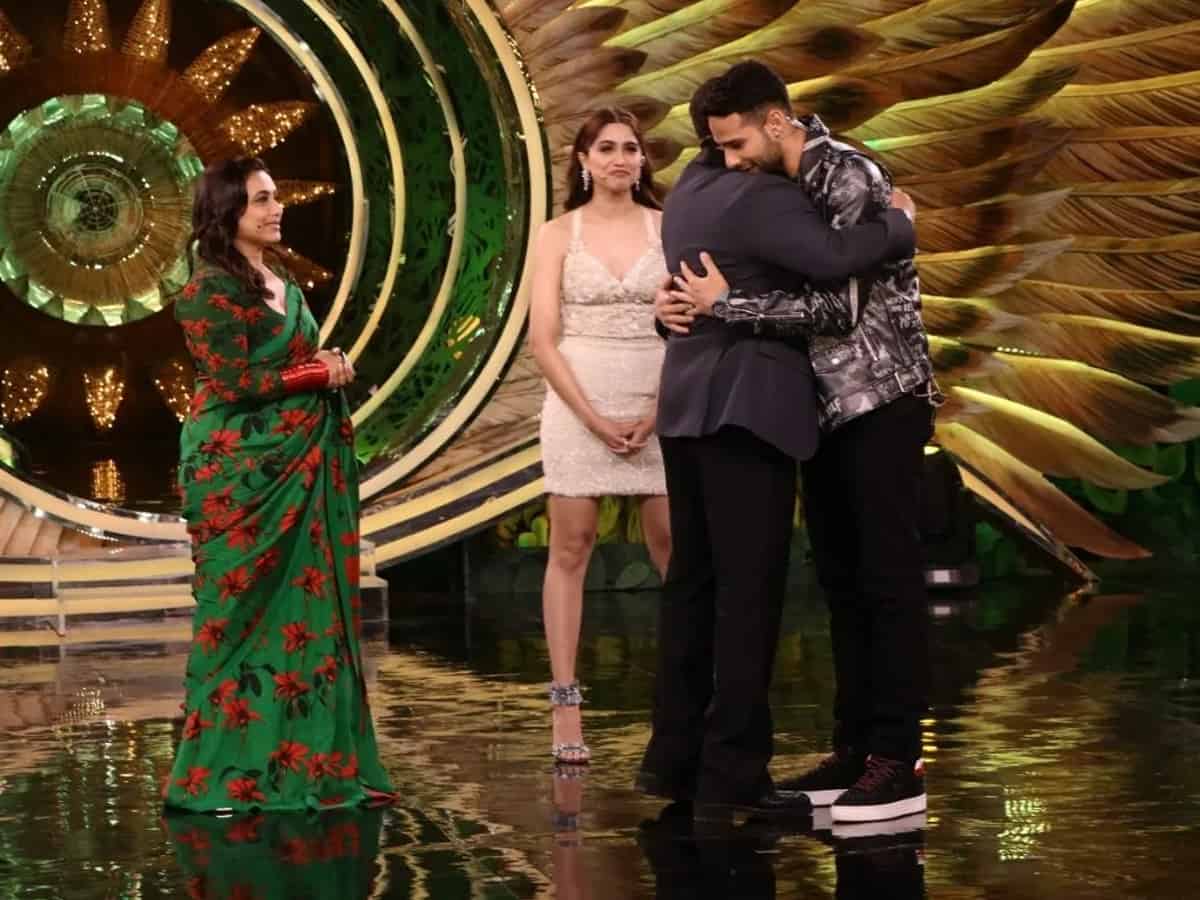 Mumbai: Actor Siddhant Chaturvedi got emotional during the ‘Weekend Ka Vaar’ episode of ‘Bigg Boss 15’. He is appearing on the show as a special guest along with Rani Mukerji and Sharvari Wagh.

The actor got extremely excited after meeting host and superstar Salman Khan.

Siddhant has been an ardent fan of Salman Khan all his life and it has become an overwhelming experience for him to meet Salman on the show. The promo shows Siddhant with teary eyes and revealing that he is a big fan of Salman and also tells him how honoured he is while standing beside him on the stage.

Rani notices how visibly nervous Siddhant feels at that moment. Salman is touched by Siddhant’s love for him and gives him a hug as goes on and appreciates Siddhant’s performance in his previous movie.

The promo also shows Rani and Salman getting into an interesting conversation with each other and playing certain games. They can be seen having some fun moments and dancing with each other on their popular track, ‘Teri Chunariya Dil Le Gayi’, from the movie ‘Hello Brother’.