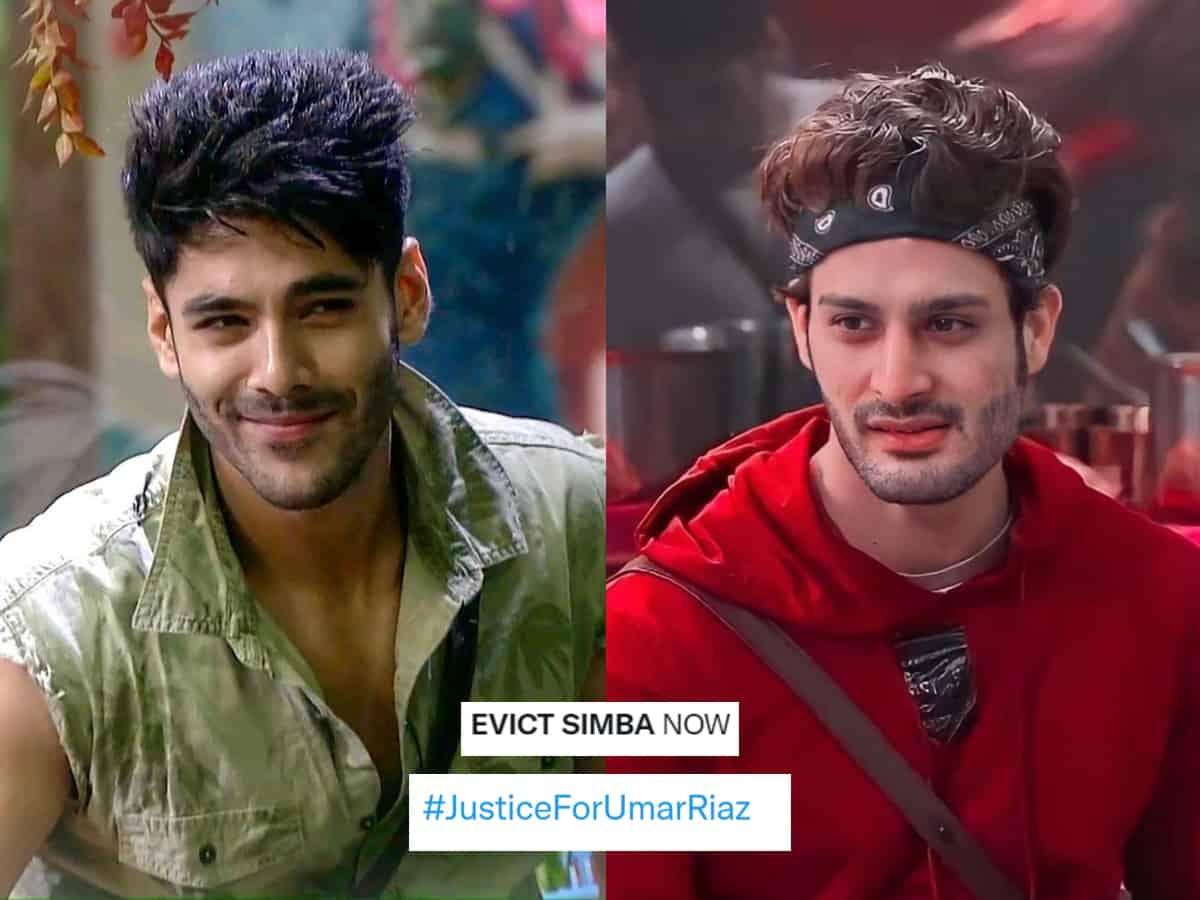 Mumbai: The latest clips of the controversial reality show Bigg Boss 15 has left fans shocked. In tonight’s episode, audience will see a huge fight erupting between Simba Nagpal and Umar Riaz. The two contestants, who are often seen at loggerheads with each other, locked horns once again.

Simba can be seen getting violent after he threws Umar into the pool with all his force. Not just this, in another unseen video which is now surfacing on Twitter, in his conversation with Ieshaan, Umar can be seen revealing how Simba called him ‘aatankvadi’. This has shocked the audience, who are now calling for Simba’s eviction from the house.

Umar’s fans are slamming the Bigg Boss 15 makers for not eliminating Simba with immediate effect. It can be recalled that Vikas Gupta was removed from BB house for pushing Arshi Khan into the pool and in BB OTT Zeeshan Khan too was evicted on the spot for getting physical. Now, audience is shocked to see Bigg Boss taking no action against Simba for his violent behaviour against Umar and are furious over the same.

Hashtags such as #UmarArmy, #UmarRiaz #WeAreWithUmar and #EvictSimbaNow have been trending on Twitter. Check out some of the tweets below: