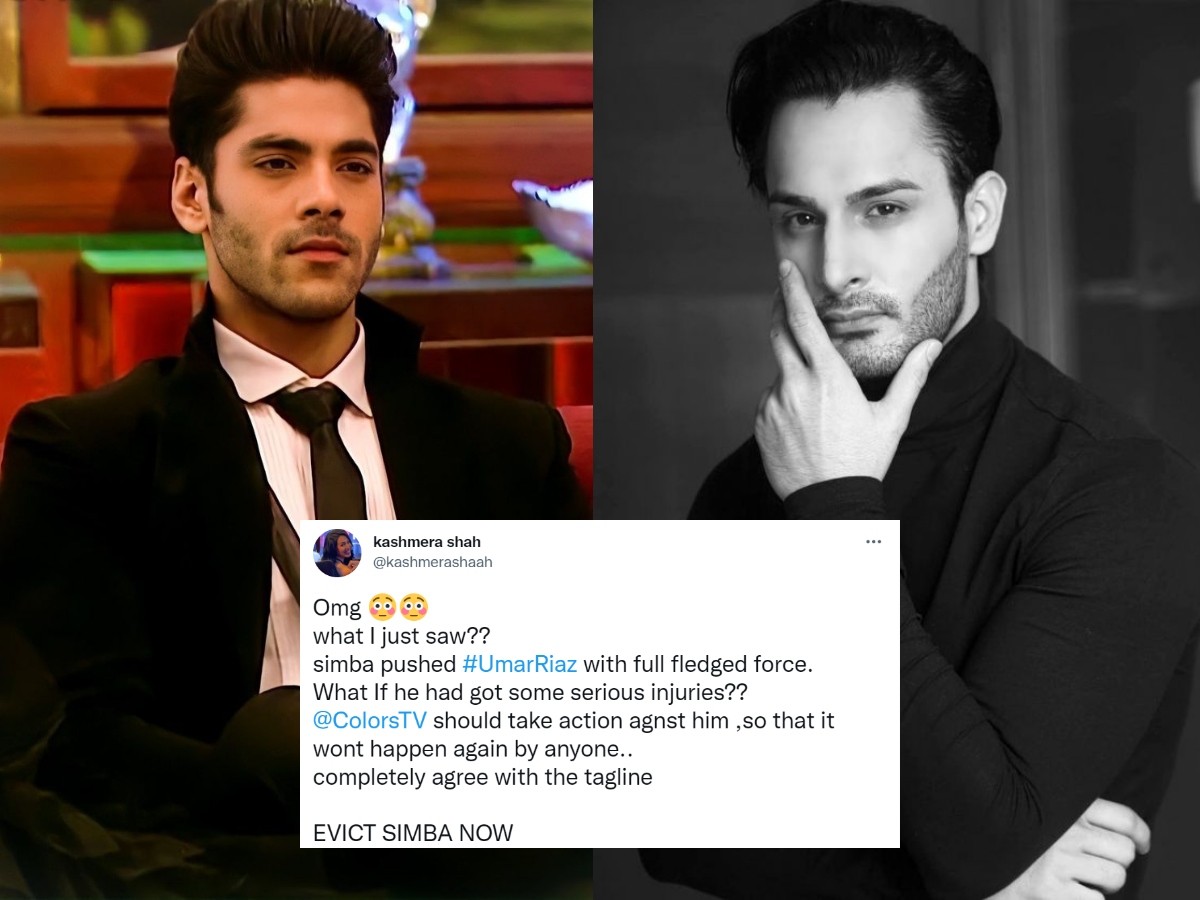 Mumbai: The fights inside Bigg Boss 15 house are getting uglier day by day. In the promo of tomorrow’s episode, Simba Nagpal and Umar Riaz, who are often seen sharing war of words during the tasks, can be seen getting into physical fight.

The promo clip which is now surfacing online shows how Simba with all force pushes Umar in the swimming pool. Ieshaan Sehgaal, who was standing close to them, quickly rushed and condemned Simba and said that he did a wrong thing. Watch the promo below:

Soon after the promo clip went viral, ‘EVICT SIMBA NOW’ has been trending on Twitter. Viewers and Umar Riaz’s fans have been calling out Bigg Boss and demanded Simba’s elimination from Bigg Boss 15 with immediate effect. Check out some of the tweets below:

Meanwhile, it is being said that Bigg Bos OTT contestants Raqesh Bapat and Neha Bhasin will enter Bigg Boss 15 as wild card contestants this week. An official announcement is still awaited. Akasa Singh became the fourth contestant to get eliminated last week from Salman Khan‘s show.