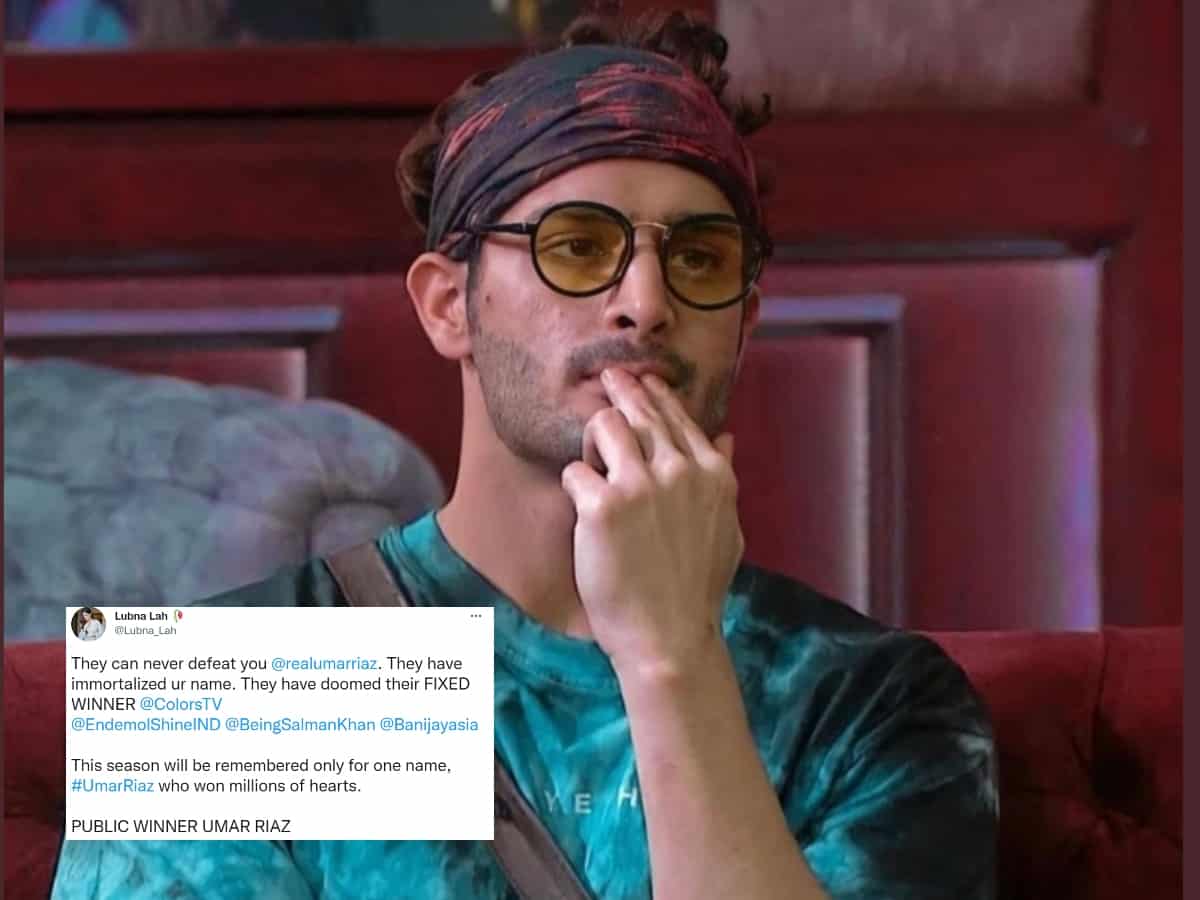 Mumbai: In one of the biggest shocking eviction round of Bigg Boss 15, Umar Riaz, the much-hyped and strong contender, has been eliminated by the makers. This shocking news was confirmed by many celebrities on Twitter including Umar’s brother Asim Riaz and Himanshi Khurana.

Taking to his Twitter account Asim Riaz wrote, “Well played @realumarriaz “Love you bro”. On the other hand, Himanshi slammed the makers of BB 15 and tweeted, “They do what they wana do …. votes krwao or fir nikal do …. or bash kar karke mental health bhi khraab kar do ….. well played umar @realumarriaz.”

This decision has send shockwaves among the Bigg Boss 15 viewers as it did not go well with them. Fans and netizens on Twitter started bashing the show for the unfair decision. Hashtags such as ‘NO UMAR RIAZ NO BB’, ‘PUBLIC WINNER UMAR RIAZ’ started trending on Twitter. Netizens also demanded the show’s ban and also expressed that they will stop watching the show now. Check out the tweets below.

That’s not it, Karanvir Bohra, Vikas Gupta has also expressed their shock with the same.

It is being said that Karan Kundrra, Tejasswi Prakash, Shamita Shetty, Pratik Sehajpal and Nishant Bhat are likely to reach top 5. However, nothing has been confirmed yet. Post Umar’s eviction, a total of 9 contestants are left inside Bigg Boss 15 house.