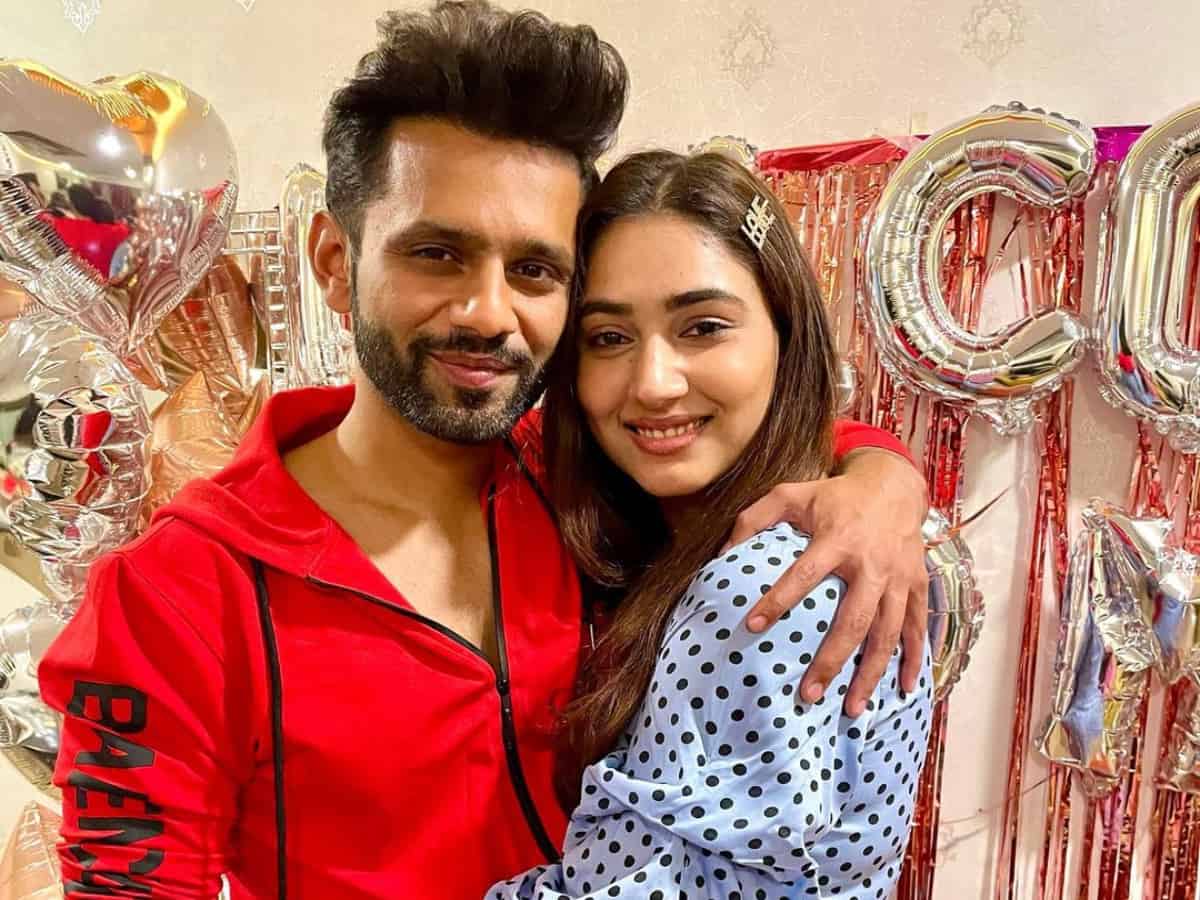 Mumbai: Bigg Boss 14 first runner-up Rahul Vaidya has been inseparable with his lady love Disha Parmar after stepping out of the house. The couple has been grabbing eyeballs every time they are stepping out in and around the town.

Rahul first created headlines on the show when he proposed to Disha Parmar publicly on the national television. The actress had even entered the house in the Valentine’s week where she accepted Rahul Vaidya’s marriage proposal.

Many speculations about their wedding have been doing rounds on internet, ever since they bought their relationship to the limelight. And now, during one of his latest interviews, Rahul opened up about his marriage and said that their wedding will happen in three to four months.

Rahul Vaidya told Times Of India, “We are still in the process of finalising a date, but marriage will happen in three to four months. Both of us are calm people. We aren’t fussy at all. I have performed at a lot of weddings and have witnessed all the grandeur, which is why I would prefer mine to be simple and intimate. We will host a function for the fraternity later.”

Disha Parmar too opened up about her relationship and said, “I was celebrating my birthday with my friends when a promo of him proposing to me broke on television. I was taken by surprise because I had no idea that he would do something like that. Hum date toh kar nahi rahe the ki proposal aa jaaye (We were not even dating that I could expect a proposal).”

“There was no denying that I liked him, but I was shocked. We liked each other, but never spoke about our feelings and he straight away proposed for marriage! It took a little time for things to sink in. Even my family was surprised. I had tears in my eyes while watching the promo.Then I thought about it. There was no way I could have said no. He came out for a week in between and we got an opportunity to discuss it,” she added.

After stepping out of the Bigg Boss 14 house, Rahul and Disha recently went to a mini-vacation to some quality time together. Rahul Vaidya posted a photo with the actress, sharing that he is flying away for a couple of days with his ‘cutie queen’ Disha. Check out the pictures below:

Apart from that, she was also seen as a contestant in ‘Box Cricket League 1’ and she had also made an appearance in ‘Bigg Boss 9’ as a guest. In 2017, she was seen in the TV show ‘Woh Apna Sa’.