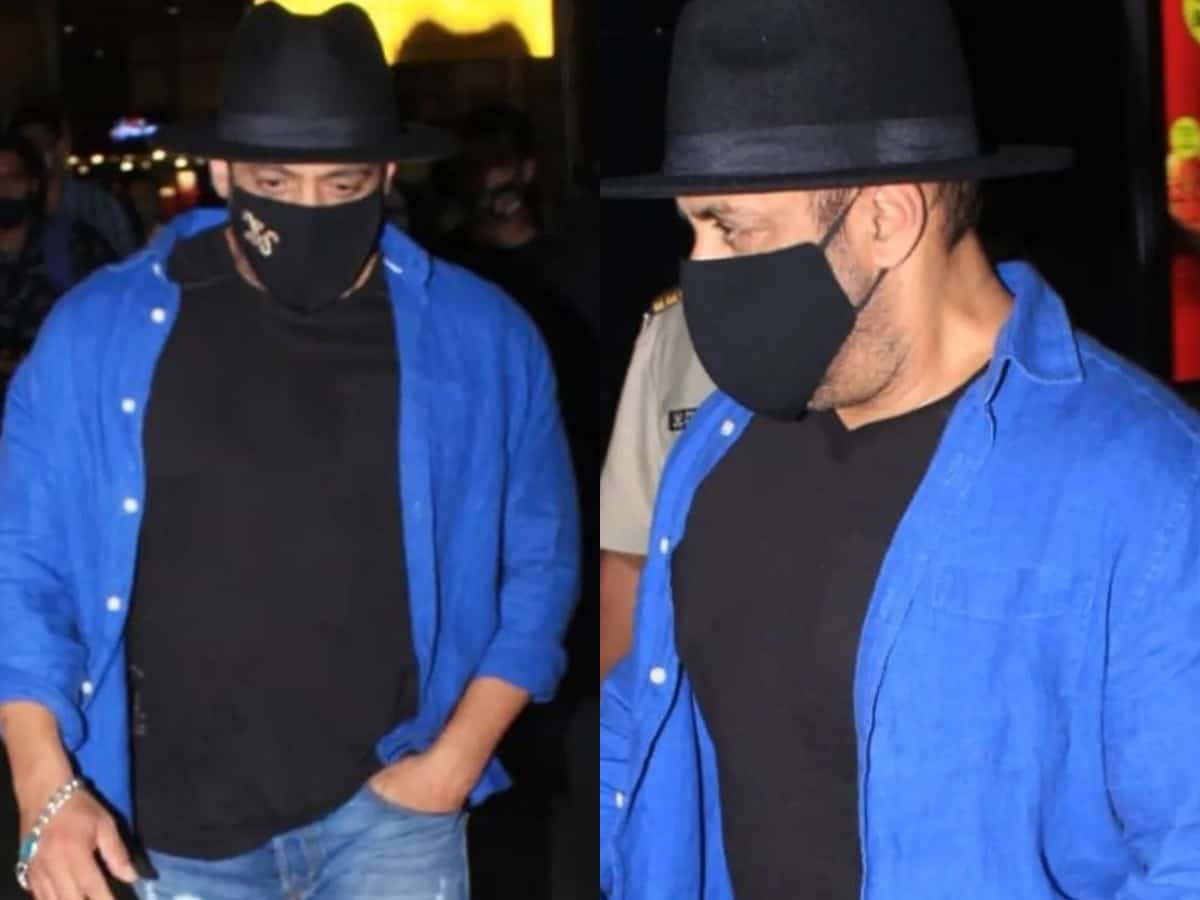 Mumbai: Salman Khan is all set to begin shooting for the much-awaited 15th season of the audience favorite reality show, Bigg Boss. He returned to Mumbai post wrapping up a schedule in Austria for Tiger 3.

The Radhe actor was spotted at Mumbai airport on Sunday. In the pictures that have been doing rounds on interent, he was seen wearing a blue shirt over a black t-shirt and a pair of jeans paired with a hat over his head. He was also wearing a black mask with the initials “SK” on it.

Bigg Boss 15 is set to be aired from October 2 and the theme this time around is “Jungle Adventure”. The contestants will be battling for basic necessities in a jungle and former winners of the show will also be featuring in the show as “Tribal Heads”

With such exciting idea lined up, the forth coming season of Bigg Boss is surely going to be a treat for the audience. Reportedly Salman Khan had cracked a deal of Rs 350 crores for hosting the entire season this time around with situations being more challenging.

In terms of work, Salman Khan had been shooting in multiple foreign locations including Russia and Turkey. He will be donning the cap of a Research and Analysis Wing agent alongside Katrina Kaif who will play the role of a Pakistani Intelligence agent. The film also stars Emraan Hashmi as the antagonist.

Also, Salman has his kitty full with another movie alongside his brother-in-law Aayush Sharma titled Antim:The Final Truth. Khan will also be playing a cameo role in Aamir Khan’s Laal Singh Chaddha.