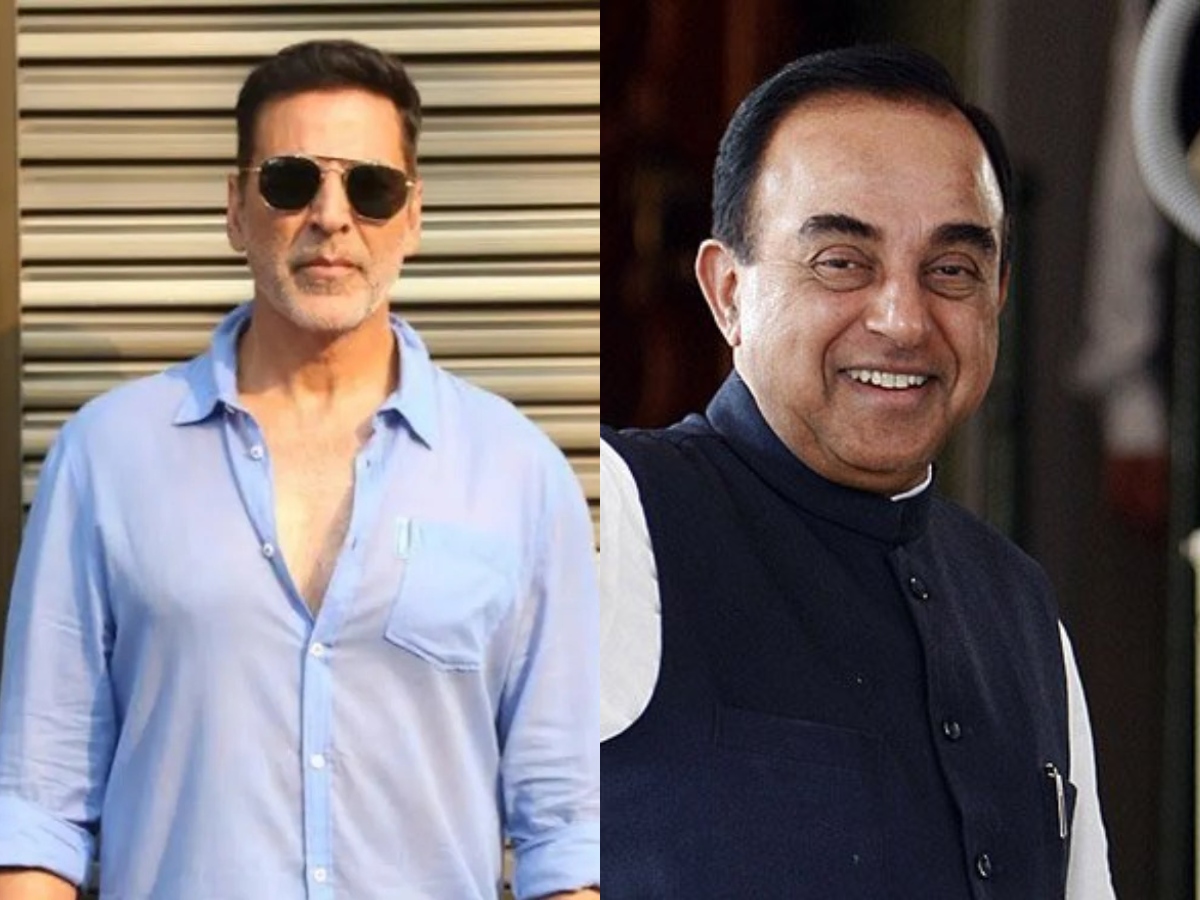 Mumbai: Akshay Kumar has now landed in legal trouble as BJP MP Subramanian Swamy said that he will sue the actor for “falsification in the portrayal of the Ram Setu issue” in his upcoming film ‘Ram Setu’. The movie also stars Nusrat Bharuccha, Jacqueline Fernandez in key roles and is directed by Abhishek Sharma. While the film is still in its pre-production stage and a trailer is yet to be released, ‘Ram Setu’ has already managed to stir controversy.

On Friday, Subramanian Swamy took to Twitter to announce that he has filed a suit for compensation and is suing the actor and the makers of ‘Ram Setu’. He tweeted, “The suit for compensation has been finalised by my associate Satya Sabharwal Adv. I am suing Akshay Kumar, actor & Karma Media for damages cause by falsification in portrayal of the Ram Setu issue in their film for release.”

In a follow-up tweet, he called for the arrest and eviction of Akshay Kumar and said, “If Actor Akshay Kumar is a foreign citizen then we can ask he be arrested and evicted his adopted country.”

BJP leader Subramanian Swamy expressed outrage over the misrepresentation of the Ram Setu issue and said that the facts have been tampered with in the film which is yet to be released.

For the unversed, the upcoming film follows an archaeologist investigating the nature of Ram Setu. The plot revolves around the archaeologist played by Akshay Kumar, who has set out to check out whether the Ram Setu bridge is a myth or a reality. The film is slated to hit the theatres in October 2022.

Meanwhile, on the professional front, Akshay is gearing up for the release of ‘Raksha Bandhan’ which is set to release on August 11. He also has ‘Kathputli’, ‘Selfiee’, ‘OMG 2’, and ‘Capsule Gill’ in the pipeline.