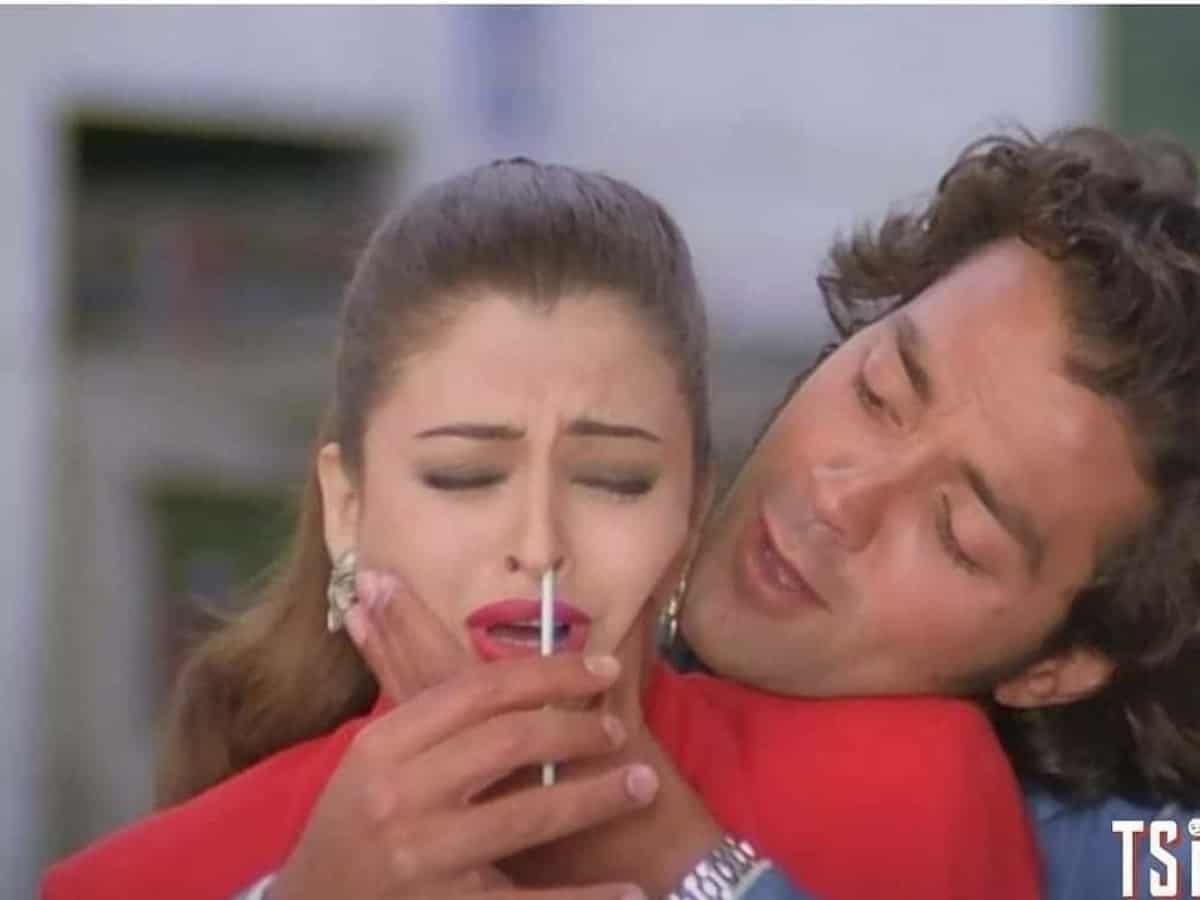 Mumbai: Social media is a place where the most unexpected moments are turned into a viral posts and memes, credits go to the talented meme creators. Recently, one of the Twitter users posted a video of Bobby Deol taking all the necessary COVID-19 precautions even before the pandemic came into this world.

In the viral video, Bobby is seen maintaining social distancing, wearing mask and quarantining himself locking all doors. Not just this, he can be seen putting something like a nasal swab in his co-actor Aishwarya Rai’s nose.

Well, not really! But netizens feel that he conducted a ‘RT-PCR’ test on Aishwarya. This scene is from Aishwarya and Bobby starrer Aur Pyar Ho Gaya (1997), over two decades before those nasal swabs invaded our lives.

Have a look at the viral video below:

This is not for the first time that Bobby Deol has made everyone believe that he is a time traveller.

A few days ago, a picture of Bobby from his film Chamku (2008) went viral on internet where he was seen wearing Airpods. In the viral tweet, Bobby could be seen “using” wireless bluetooth earbuds named the Apple AirPods, a device that the tech giant only launched in 2016. Well, this viral tweet too suggested that he was way ahead of his time.

Meanwhile, on the workfront, Bobby Deol recently completed 25 years in the film industry. He has projects such as ‘Love Hostel’ and ‘Aashram’ season 2, besides Bollywood deals such as ‘Apne 2’ and ‘Animal’ coming up.